Meta and Engage VR give us a glimpse into what the metaverse will likely evolve into in the next decade. 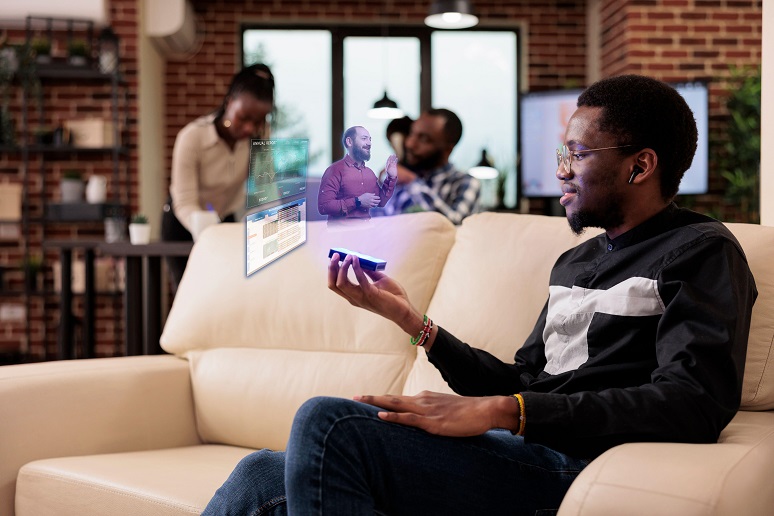 Image: Dragos Condrea - Alamy Stock Photo
The Oxford Word of the Year nominees for 2022 is "goblin mode," "#istandwith," and "metaverse." I had to ask my kids what "goblin mode" was, but it seems like metaverse is becoming just another fad word that has taken a beating in the last few months.
Headlines abound with titles like "Why is Mark Zuckerberg's Metaverse Failing" and "Working in the Metaverse is Going to Suck, Researchers Confirm." Anyone scanning a news site or social media feed may perceive that we've shifted from being excited about the metaverse to trashing it in just a matter of months.
To say 2022 has been a mixed bag for the metaverse would be generous. But just as we've seen criticism and pullback in investment, recent developments indicate that the future of the metaverse might not be as bleak as people think, especially in terms of enterprise adoption.
Meta's Few Bright Spots
The first few bright spots come from Meta itself. Yes, the stock is down, and there have been massive layoffs. But if you look closely, the workforce readjustment is giving the organization more opportunity to add focus more on metaverse-friendly things such as the development of augmented reality (AR) glasses.
Meta is dipping a toe in AR with its headset, the Meta Quest Pro—its most significant feature is the ability to do pass-through AR on a VR device using cameras. The Meta Quest Pro specifically targets enterprise customers as a device that can do double duty as an AR and VR device at a price point lower than AR competitors such as Microsoft and Magic Leap. I believe the Pro is also designed for developers to explore what is possible with AR, to begin to drive applications and demand for future versions of AR glasses.
While Meta's Horizon Worlds VR social platform has been the subject of ridicule and disappointment, its Horizon Workrooms VR business collaboration app (below) continues to mature into arguably the most complete VR business application in all of VR. 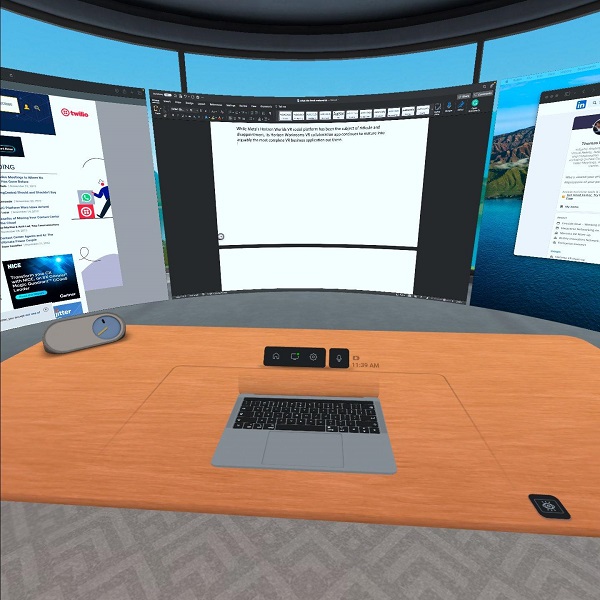 Image: Author
Its key feature is the ability to bring your computer desktop into VR, along with up to 3 monitors, allowing you to have the ultimate office setup anywhere you go. (see photo workrooms.jpg) You even have the option to use pass-through AR to see your three computer screens in your current environment if you want to see what is going on around you while you work. Pass-through AR also lets you see your hands and keyboard while in VR, making typing easier.
My other favorite new feature in workrooms is the ability to split the conference room into small group tables. This feature allows users to enter a big group meeting and then break up into small groups for discussion. With spatial audio, you can hear faint voices at other tables, but the conversation at your table is loud and clear. It is also easy to move around the room, allowing you to switch tables or have a teacher or moderator check in on tables by just walking around the room.
ENGAGE VR Jump Starts the Business Metaverse
The second significant development that has popped up in recent weeks is the release of ENGAGE XR's ENGAGE LINK, one of the first business and education-oriented Metaverse platforms we have seen.
In the words of David Whelan, CEO of ENGAGE XR, "While other metaverses have focused on the social, advertising and entertainment opportunities, we are creating a platform that will allow companies to more effectively engage with employees, customers, and suppliers around the world and provide a new way for educational institutions to engage with their students."

When you enter ENGAGE LINK (above), you can join different plazas centered around enterprise, education, and creativity. Inside each plaza, there are portals to various related areas. For instance, I was with a group that went to the education plaza, where we entered a portal to a VR campus for Morehouse College. I have two kids currently looking at colleges, and I can envision a world soon where they can enter an education portal like ENGAGE LINK and tour digital twins of college campuses with their friends, peeking in VR classrooms and interacting with current students and professors.
In the enterprise hub, there are meeting places for casual discussion along with portal destinations for companies such as KPMG, Lenovo, and HTC VIVE (below). There is even a swimming pool for extremely casual meetings, where your outfit changes into swimming attire when you enter. KIA is building a presence that is coming soon; you can easily imagine an automotive hub where you could access multiple automakers in a single place and experience immersive test drives. Then ask for help to speak with a VR sales representative. 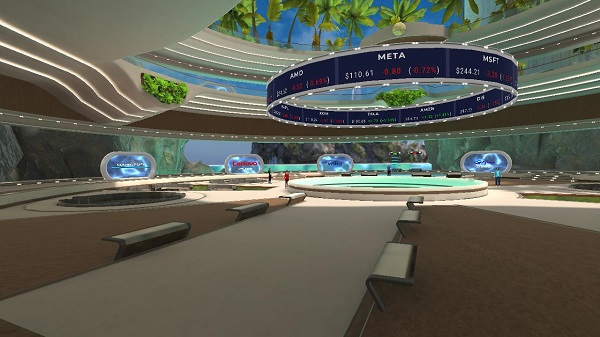 To be clear, Meta and ENGAGE VR aren't building the metaverse, just like AOL didn't build the Internet in the 1990s. But they are creating some of the early pieces of it, giving us a glimpse into what the metaverse will likely evolve into in the next decade.
The word Metaverse is indeed taking its lumps. Based on my real-world experience and research, including the platforms mentioned above, I can confidently say, "#IStandWithMetaverse." Maybe it needs to go "goblin mode" to avoid being overhyped until it can more consistently and slowly rise toward becoming a real reality.