Is Wall Street in Love with UCaaS?

With the main UC suppliers and buyers converging on UCaaS for their futures, investors are taking notice. 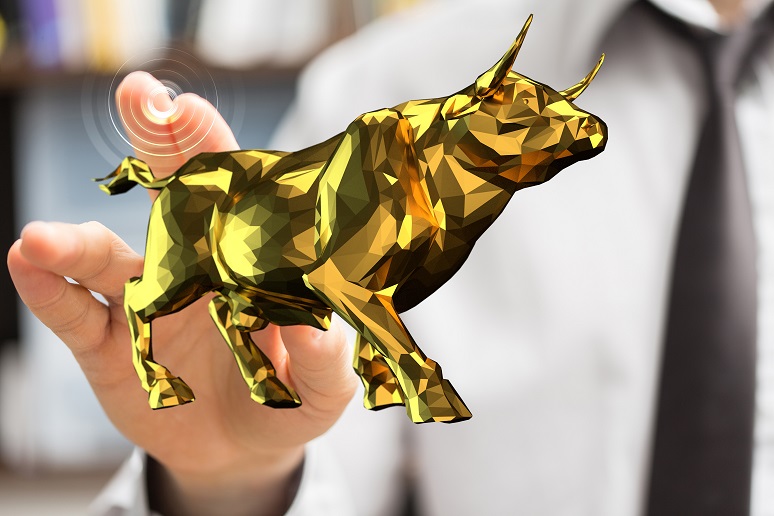 Image: vegefox.com - stock.adobe.com
Tech isn’t about money, most would say, but money in the form of profit surely enters into it. One thing that Wall Street research is good at is identifying financial trends, trends that could indicate what users are really doing, and that could promote technologies that are seeing unexpected support. There’s some recent evidence that UCaaS has joined that elite group.
In its first 2020 industry note, a major Wall Street research house picked UCaaS as a favored space for the year, ahead of things like SD-WAN and edge computing that surely get better press. Why would a technology nearly a decade old be suddenly getting Street cred, so to speak? There are a number of good reasons.
Fitting the Mold
Perhaps the best reason to think UCaaS is a hit for 2020 is that there’s a broad trend in enterprise IT spending that strongly favors cloudsourcing of narrow vertical- or horizontal-market applications. Applications with specialized IT requirements, meaning that they’re based on something almost purpose-built, are falling out of favor in a world that wants to build uniform resource pools. Put them in the cloud, planners say. Similarly, applications that have bursty resource use have to be planned for peak workload, and that wastes resources on the average, except in the cloud. UC fits this mold.
Another important reason for the UCaaS push is that line departments have always had a greater say in UC. The “call center” is connected with the data center, but it’s rarely a part of it. CIOs have less influence in UC planning, and as UC has moved from being a PBX application to being a software-on-a-server application, many line executives have fought surrendering their budget power to the mainstream IT guys. Line people love as-a-service because they can acquire it and expense it on their own authority—no project approvals and delays.
We’ve had both these conditions for a while, though, and I’ve never seen a Street report so positive on UCaaS, or on UC or UCC overall. There has to be something else in play, and there is.
Converging on Calling
“Field of dreams” is getting nightmarish. Enterprises have long built out IT resources based on capacity planning, treating infrastructure and networking alike as resources to be made available against likely applications being identified. That strategy is fast falling out of favor. Today, senior management in general, and CFOs in particular, want to see specific benefits associated with budgeting, not just something abstract like “modernization.” That pushes decision power to the line organizations, and erodes the case for creating data center resource pools or private clouds.
And specific benefits of UC/UCC are needed now, because the shift of companies to portal-based sales is well underway at all levels, and it’s got a dirty little secret: You can’t do everything with a web page that a human could do. Even the best portal for sales/marketing and customer support has to be backed up with a system to field requests with live humans. Since this online stuff is the biggest source of cloud computing service buys, and since resilience and elasticity in capacity are the primary reasons for that, it follows that the backup call resources have to be resilient and elastic too, which means they have to be in the cloud.
The relationship between UC, and call centers in particular, and the cloudification of enterprise applications isn’t something we’ve heard much about, so it snuck up on most businesses. That’s why we’re suddenly seeing a major expected increase in UCaaS spending in 2020, from the same Wall Street sources who are expecting things like switching, routing, and even servers to be in decline, spending-wise. They need cloud UC, and I’ve never surveyed or worked with an enterprise that wanted to build its own cloud UC; enterprises want it as a service.
The nice thing about UCaaS is that calls are the product of ears and mouths, which are pretty standard equipment. That means that UCaaS doesn’t have to be redone for every vertical or even every user. Some customization may be needed, but a carefully designed offering is widely sellable. If we think about the archetypical SaaS success—Salesforce—we’d find it largely based on this kind of application.
It’s not surprising, given all this, that the big kahuna of UC, Avaya, has said it’s dropping other cloud-compatible UC options to “have one primary, true UCaaS offering in the market.” With the main suppliers of UC seeing UCaaS as the future, and buyers seeing UCaaS as their future, the convergence of buyer and seller is what’s creating the trend the Street is now seeing.
SaaS Supremacy?
The big question is whether this same set of conditions will drive other applications into a SaaS model. Businesses are cloudifying a lot of their applications, and if those applications have cloud front-end processes to support web/mobile portals, will they be under pressure to be cloud-hosted? Will that extend the SaaS model further, to the point where the biggest segment of “cloud computing” will be SaaS?
Nobody cares more about this question than the cloud giants. Amazon and Microsoft may be fighting for supremacy in hybrid cloud, but what if the “hybrid cloud” isn’t created by traditional data center applications at all? Could players like Google, IBM, and Oracle gain enough market traction in the SaaS space to become top-of-market players? We’ll have to see how 2020 plays out.

Don't miss your opportunity to hear about the latest in UCaaS at Enterprise Connect 2020. Check out the program and the Exhibit Hall, and register this week for our lowest rate. Plus, enter the code NOJITTER at checkout to save an extra $200.