Strategic partnership reflects the growing adoption of UCaaS and CCaaS, and is a positive move for both companies. 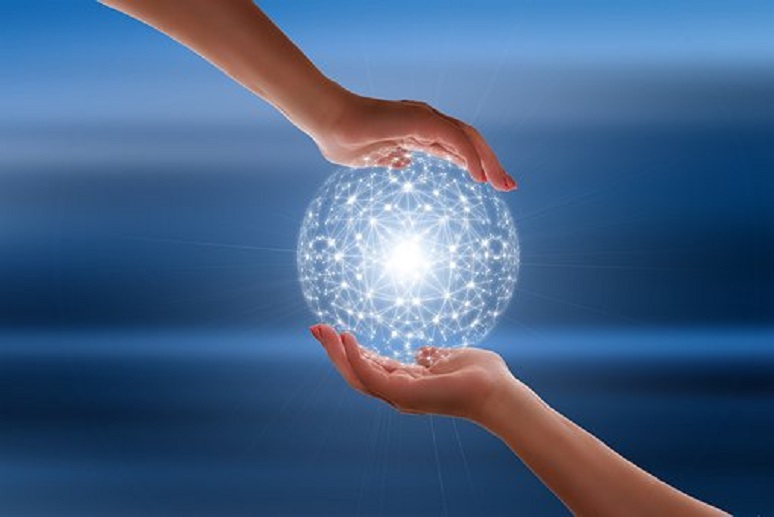 The strategic partnership Avaya and RingCentral announced last week (see No Jitter coverage here and here) is remarkable in many ways, but perhaps most of all, reflects the growing market strength of cloud-based UC and contact center offerings.
In Nemertes’ recent “Workplace Collaboration: 2019-20 Research Study,” we noted that one third of the 645 participating organizations were either using UCaaS alone for their calling needs, or were using UCaaS coupled with on-premises platforms. On the contact center side, almost half (45%) of respondents have adopted cloud-based services. 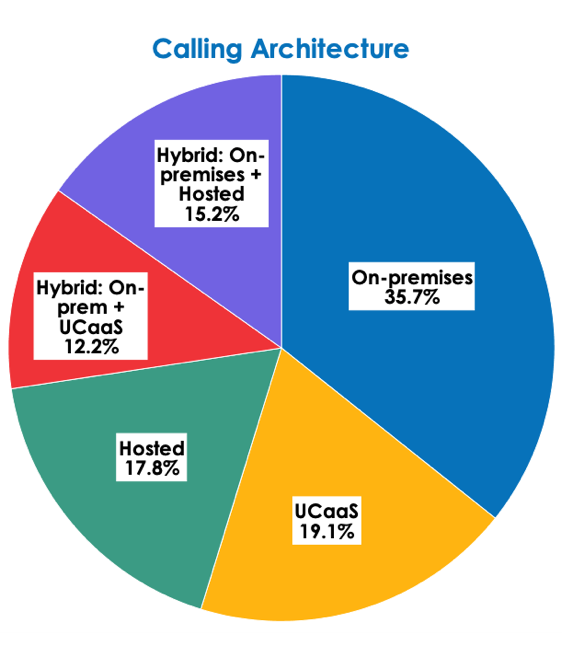 Nemertes
Our study also showed that the move to the cloud is accelerating: 43.2% of respondents currently using on-premises platforms said they’re either evaluating or planning to shift to UCaaS, while 62.6% of those using hosted, single-tenant solutions are considering or planning to move to UCaaS. On the contact center side, cloud adoption will grow to 55.3% by the end of 2020. 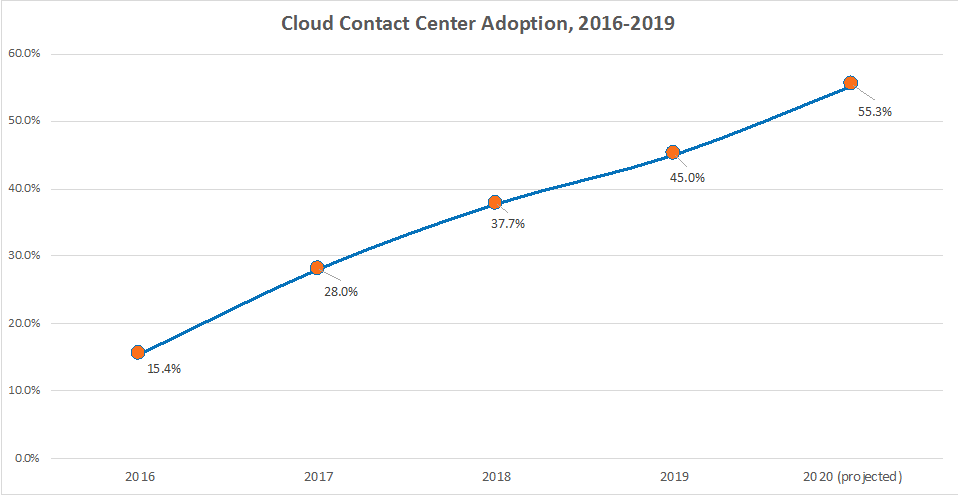 Nemertes
RingCentral’s $500 million investment in Avaya reflects this shift, and the growing market strength of cloud providers. RingCentral, with around two million announced endpoints, enjoys a market capitalization of $10.5 billion while the market cap for Avaya, with more than 100 million endpoints, sits at around $1.3 billion. The growth trajectories for pure-cloud solutions enable RingCentral to make an investment in Avaya, rather than the other way around (though it’s worth noting that one of RingCentral’s earlier investors was Cisco).
The move also reflects the need for on-premises vendors to position themselves more rapidly to get ahead of this customer shift to the cloud. Competitors like Cisco, through its acquisition of BroadSoft, and Mitel, through its ShoreTel acquisition as well as development of its own UCaaS capabilities, have already executed on this pivot.
Avaya, despite a number of different UCaaS launch attempts, hasn’t really gained traction in the cloud.
Faced with the prospect of its large installed base of IP Office, CS1K, and Aura customers, as well as those still on legacy Nortel platforms, moving to another vendor’s cloud, Avaya needed to do something or risk continuing to lose those customers to competitors. This partnership gives Avaya the opportunity to wrap its large services arms around the RingCentral solution, which it will sell under the Avaya Cloud Office (ACO) name, and bring it to a wide global audience. Avaya, along with its partners, are well positioned to take the RingCentral platform and build upon it to deliver customized and vertical-specific solutions leveraging RingCentral’s strong API capabilities.
For RingCentral, this move vindicates its pure-cloud strategy and gives it rapid growth opportunity outside of the U.S.; it can quickly expand its footprint where Avaya already has a strong presence. RingCentral grows its opportunities within that large Avaya installed base, and provides an easy path for Avaya customers to move to the cloud.
Details to Come
Avaya and RingCentral will have a number of questions to answer as they move their partnership from announcement to implementation. For example, Avaya executives stressed that this move will allow the company to improve its focus on its customer engagement solutions. But RingCentral already offers its own alternatives (part of which are based on the Nice InContact solution). Will Avaya consider reselling the RingCentral CCaaS offering as well? Or, could Avaya technology potentially replace the Nice InContact components within the RingCentral offer?
Nemertes’ “Intelligent Customer Experience: 2019-20 Research Study” shows a strong correlation between using the same vendor for customer engagement and UC. With Avaya splitting off a large chunk of its installed base to another vendor’s UC platform, it will need to develop and implement a means for seamless integration between the RingCentral-powered ACO and its own contact center platforms.
Aside from the contact center concerns, there is likely to be some channel conflict to resolve for those partners that were selling the RingCentral solution and competing against Avaya channels. Such conflicts should be minimal, however, since a large number of VARs and agents already sell both solutions.
Existing Avaya customers are likely to take a hard look at ACO, especially if it offers them the ability to shift to the cloud quickly with minimal disruption while potentially preserving existing support arrangements.
Overall, this announcement is positive for both organizations. For a relatively small investment, RingCentral becomes the preferred UCaaS provider for a large Avaya installed base likely planning on a move to the cloud, while Avaya gets a fully developed, proven solution that finally allows it to have a compelling UCaaS story to tell its customers.