AI, 5G, video systems, and more will rule the UC landscape in 2020 and beyond. 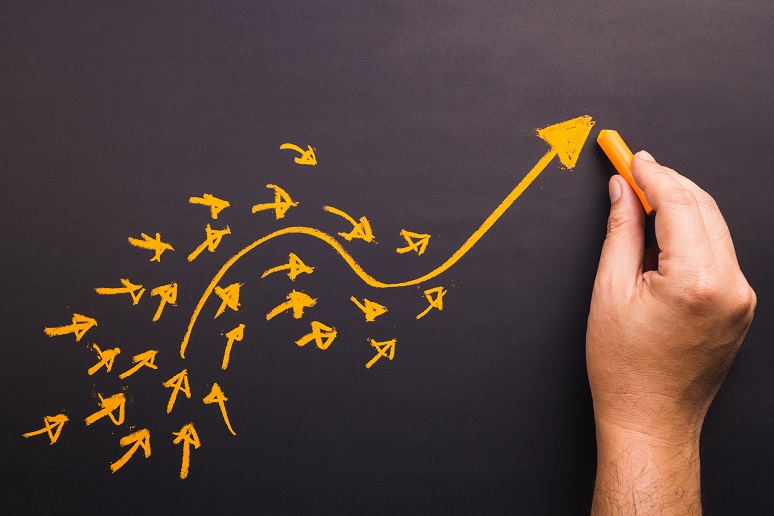 Image: patpitchaya - stock.adobe.com
What do mobile phones, 4K displays, chat platforms, and email apps have in common?
They’re all examples of communications-based technologies that — at one point — were the latest and greatest, and now are commonplace.
Anticipating what will become the new norm in UC requires sorting through the chaos and pinpointing the rising trends. Here are five to keep an eye on:
1. As meeting spaces become more important, organizations get creative with how and where they hold meetings.
Conference rooms have been a workplace point of contention for years; The Wall Street Journal reported on the issue in 2014, pointing out that private office spaces were shrinking, booking systems were inefficient, and employees were booking conference rooms “just in case,” all of which led to colleagues dueling over limited space.
While that article is years old, the problem hasn’t gone away; open office plans and new concepts like hot-desking mean traditional meeting areas like conference rooms remain a valued commodity. Because most offices don’t have the physical space to build more rooms, in 2020, organizations will look for innovative ways to use technology to create meeting spaces anywhere.
That could mean mounting Microsoft Teams Rooms display solutions on mobile carts to allow any space to become a video-enabled conference room, or wall-mounting a Teams Rooms touchscreen and touch panel in a small seating area, so it can instantly become a collaboration space as needed.
2. Video systems and voice command become commonplace in conference rooms.
The days of colleagues huddling around a handset phone in the middle of a conference table are moving into the past.
As video system prices have dropped, and as technology has become easier to deploy without AV/IT professionals needing special training on deployment, video is becoming a primary solution for any conference room being equipped with technology.
Voice technologies, too, are moving into the conference room; the ability for someone to walk into a room and start a meeting with a simple voice command will begin to make its way into standard workflows. This capability is not likely to be widely adopted in 2020, but we will start to see organizations slowly implement it.
Privacy concerns will be at the forefront of what we are able to do with this technology, with regulations like the General Data Protection Regulation (GDPR) and other governmental mandates worldwide not allowing for widespread adoption. However, privacy will need to be sacrificed if we’re to allow for the conveniences enabled by this technology.
3. Artificial intelligence (AI) technology becomes more prevalent in UC in organizations everywhere.
Cloud services are enabling the ability to crunch big data, which allows information to be analyzed and sorted in a much more efficient fashion than ever before. With the move to the cloud, data is now something that can be collected without the user even knowing that it is there. How many times have you mentioned something in reach of your cell phone and then see an ad for that on Facebook or social media? Yes, this happens.
People counting, no-show meetings, automatic task assignment, meeting note generation, and many other capabilities will become a reality in the UC services that utilize a cloud infrastructure because the cloud is capable of performing those actions based on words spoken in meetings. Previously, these sorts of tasks required user interaction, but by applying machine learning during meetings, the tasks can be identified and the actions automatically triggered — allowing a user to do the thinking and not the tasks.
4. UC cloud solutions expand, and systems become interoperable.
In 2020, cloud-based UC solutions will continue to expand, becoming a growth point for decision makers to consider.
Tasks like deploying devices shouldn’t rely on local setup; instead, cloud services aim to let organizations simply plug in a device and have it work. Even Microsoft has announced that the current version of Skype for Business is the company’s last on-prem server version.
Additionally, interoperability between cloud systems might be accomplished with access to the platforms instead of outside solutions. For example, at Microsoft Ignite 2019, Microsoft and Cisco announced a partnership to facilitate the use of Cisco Webex video devices with Microsoft Teams meeting services. This indicates UC solutions providers are beginning to appreciate the value of allowing organizations to mix and match services to improve the user experience.
Expect more announcements in 2020 with agreements on how various platforms will interoperate.
5. 5G drives new opportunities and Internet of things (IoT) expansion.
While 5G technology isn’t here quite yet, we’ll start to see more discussions about the technology opportunities it will create for organizations, especially around video business applications for teams and corporate users.
For example, Samsung, Verizon, and BlueJeans Network recently announced a collaborative effort that brings together intelligent videoconferencing, Samsung Galaxy devices, and 4G LTE and 5G ultra-wideband networks for low-cost, high-quality team collaboration.
With the rise of 5G, many more IoT devices will come to the market, potentially enabling a truly connected world. Microsoft recently released what it calls “IoT templates” for devices to follow to bring them into Azure, making it easy to put out devices that automatically report to the cloud and then qualify their data.
These five trends will shape the future of UC in 2020 — and beyond. Stay tuned!