Migration or Stampede? How We Reach the Next Generation

No migration can take multiple years any longer. It's time to cowboy up. 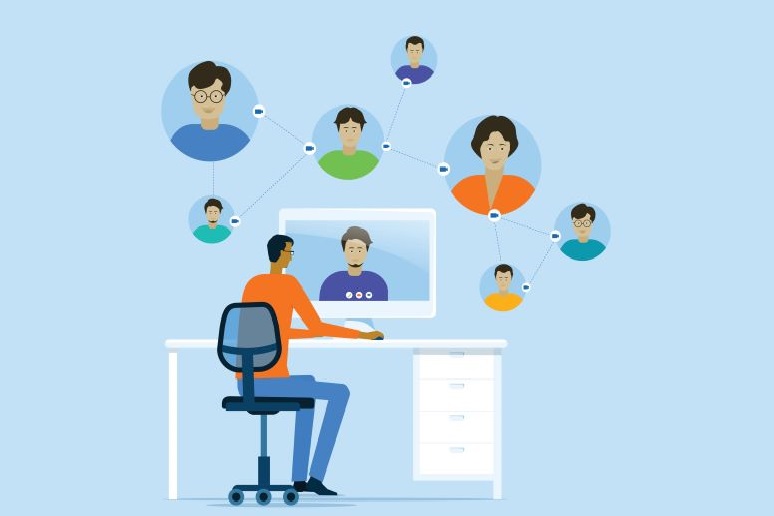 Image: apinan - stock.adobe.com
My colleagues and I on the Enterprise Connect program committee have been discussing session ideas for our 2021 events, and the subject we’ve struggled most to get our arms around is the question of where enterprise communications technology will find its next center of gravity, in the post-PBX world.
We’ve grappled with several aspects of this question, starting with terminology. The PBX was a platform, of sorts anyway, but as a group, our team can’t quite agree on whether it makes sense to posit a single new “platform” emerging to replace the PBX. That’s why I used the term “center of gravity” — because it’s the least technical. It’s very much an open question whether, in the future, entire enterprise communications architectures will be built on a single platform.
Right now, it’s probably fair to say that collaboration platforms represent the center of gravity — they’re the focus of most enterprise organizations’ time, energy, and budget. Long before COVID-19 came about, technology and market forces had been driving enterprises toward a greater emphasis on Microsoft Teams, Cisco Webex, and other cloud-based team messaging systems, with Zoom positioned as a strong challenger as a video-first play. Then when the pandemic hit, demand for quick video deployment propelled Zoom from challenger to one of the legitimate market leaders.
But is team collaboration the next platform?
In the hardware-based world of the past, your enterprise attempted to standardize on a single PBX manufacturer as its platform provider, and usually wound up supporting multiple siloed platforms from different manufacturers due to business factors like mergers and acquisitions. You had migrated in a pretty straightforward way to those legacy IP PBX platforms from older-generation TDM PBXs.
But as enterprises throw out desk phones and prepare to support more work-from-home (WFH) employees, the pressure will grow to decommission PBXs to save on maintenance costs. The way this was supposed to go was, you’d migrate from on-premises PBXs to UCaaS, and you’d buy telephony, team collaboration, and videoconferencing from a service provider to maintain your legacy technologies and begin spoon-feeding your users the new stuff.
But with the pandemic, users leapfrogged that whole process and went straight to demanding feature-rich video- and web-based collaboration—even as the enterprise retained some need for legacy features like telephony. As a result, different collaboration providers are scrambling to adapt.
In the case of Zoom, this week’s Zoomtopia customer and partner event featured plenty of rock-star treatment for CEO Eric Yuan and new video features, but the company also released a slew of upgrades to its Zoom Phone offering, including an advanced E911 feature. This year’s rush to video positioned Zoom as a top-tier player, but it seems to realize that it needs to backfill the more mundane systems if it’s to go toe-to-toe with Microsoft and Cisco.
Another interesting approach is 8x8’s adoption of an “if you can’t beat ‘em, join em” strategy vis-a-vis Microsoft Teams, as reported earlier this week by No Jitter associate editor Dana Casielles, who talked with market analyst Diane Myers of Omdia about 8x8 targeting the red-hot (if unsexy) market for SIP trunking for Microsoft Teams. Instead of leading with its own team collaboration app, 8x8 wants to be customers’ SIP trunking provider for Teams deployments, hoping to use that as a foot in the door to sell pieces of its UCaaS service, such as contact center, to complement Teams.
For obvious and sound reasons, enterprise communications professionals have traditionally preferred staged rollouts of new systems on top of their established platform. Often, the process took years. In the early days of UCaaS, I talked with enterprise professionals with, say, 200 locations around the country, who noted that if they migrated one site a week, the process would take four years.
Nothing can take four years anymore. A few years ago, your enterprise could migrate like a herd of wildebeests, sweeping majestically across the plain, as Basil Fawlty might put it. Now you may feel like you’re standing in the path of a stampede of prairie bison. Time to cowboy up.