News from BlackBerry: We're Not Dead!

BlackBerry still working on reinventing itself as a software company.

The "we're not dead" message was clearly in evidence last week at BlackBerry Security Summit 2017 in New York. Even CEO John Chen took the opportunity to get that message across, joking during his introductory remarks about getting the question "are you guys still in business?" each time he was introduced during his recent visit to the New York Stock Exchange, where BlackBerry is now listed (having moved from NASDAQ). 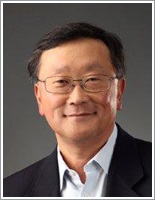 Well, BlackBerry is still in business... though a decidedly different business than it was in 2007 when Apple introduced the iPhone -- or, as some remember it "the beginning of the end for BlackBerry." The iPhone didn't kill off BlackBerry devices immediately; sales continued to grow, peaking in 2011 at close to $20 billion. BlackBerry revenue for fiscal-year 2017, ended Feb. 28, was $1.3 billion, down 39% from the previous year and 93% from its peak. (I heralded the start of the BlackBerry's decline with a June 2012 No Jitter piece, "RIM: It's All Over Now, Baby Blue," following the second consecutive quarterly loss at RIM, as the company called itself at the time.)

During the good times, smartphones provided BlackBerry's main revenue source, with roughly 70% of those sold to consumers. Yeah, I know everyone thinks of BlackBerry in terms of "enterprise wireless," but the fact is that during its heyday, most of BlackBerry's sales were to consumers. Of course, those customers were the first to jump ship for the iPhone, which eventually enticed a lot of enterprise users to follow. Today BlackBerry has now shifted to Android from its proprietary OS, and while its KEYone device features the company's fabled hard keyboard, it's actually manufactured by an outside firm.

The need to manage iPhones (and eventually Android devices) in enterprises ultimately gave birth to the mobile device management (MDM) business, launched with the BlackBerry Enterprise Server (BES). This became a staple in mobile networks for years -- as long as BlackBerry devices were in use, since BES only managed those.

In recognition of the iPhone/Android reality and the need to manage those devices like it was doing with BES for BlackBerrys, BlackBerry acquired German MDM firm Ubitexx in 2011. However, the product integration didn't go as planned, and organizations with fleets of iPhone and Android devices flocked to MDM solutions from VMware AirWatch, MobileIron, and IBM. Lots of others decided they didn't need any MDM solution, and chose to do nothing or make use of the rudimentary but "free" MDM functions in Microsoft Exchange.

Recognizing the BES-Ubitexx combination wasn't getting it to where it needed to be, BlackBerry tried again; it acquired MDM maker Good Technology in 2015 and set off integrating Good Dynamics with BES. Good was a better MDM fit for BlackBerry because it, too, had a strong security reputation. Frankly, Good was providing MDM services for many of the same financial services companies and government agencies that had bought into the BES, but then had to add Good to support their iPhones and Androids.

The combined product is now called BlackBerry Unified Endpoint Management (UEM), and importantly, it can still support that dwindling population of devices (currently estimated at 8 million) running the old BlackBerry operating system. The BlackBerry-Good combination does seem to be working, with BlackBerry positioned in the Leaders Quadrant in Gartner's 2016 and 2017 Magic Quadrant reports for enterprise mobile management (EMM) suites.

Beyond MDM/EMM, BlackBerry's other primary focus today is the QNX operating system, acquired in 2010. The QNX acquisition was something of a one-off for BlackBerry, as it had almost nothing to do with BlackBerry's core mobile security business. QNX built software for the automotive industry and other segments requiring a high-reliability operating system. While the company's press release on the acquisition made reference to "long-term synergies ... based on the significant and complementary OS expertise," those have yet to materialize.

So, as the Grateful Dead might say, what "a long strange trip it's been" for BlackBerry.

Continued to Page 2: On the Right Path