Five characteristics will define networking a decade from now.

I've previously written about the commoditizing forces that are eroding the business model for current network services, and about the revolutionary forces that offer technical alternatives. Forces move you but they don't create the destination, so in all fairness you can ask where all this ends up. What will networking look like in a decade? You can sum it up in five points.

First, transport infrastructure not only will commoditize but also become a shared service. Network operators are called that because they run networks of their own. That was a great model in the wireline age when operators' markets were geographically set. In a mobile and over-the top (OTT) world, having competition means having expensive competitive overbuild. Instead of having a single network in a big metro area, we might have four or five in parallel, and the network operators pass along the cost of infrastructure in service prices.

Mobile operators have been sharing towers for a long time, and the financial industry is now proposing that operators consider sharing basic transport and metro infrastructure, too. In Europe, where regulators have been battering the tradition of roaming charges, operators already are showing interest in creating a mobile underlayment shared by all. Australia created the New Broadband Network (NBN) as a not-for-profit national access and transport network that operators share with an eye on focusing their competitive efforts on higher-layer services of direct interest to consumers. By 2025, we'll see some form of infrastructure sharing in most of the major markets, either through a new regulated player or one or two giants that are then regulated to prevent abuse of their market power.

Second, services will be delivered on segmented access connections. Just like we can't afford competitive overbuild on transport and metro infrastructure, we can't afford it with access connections either. Here we may not have "access sharing" in the sense of infrastructure sharing for mobile operators, but we will have a few access providers that then support managed-service-provider layers on top.

The Internet will be one such layer, but things like channelized TV, Internet of Things (IoT) telemetry, and business services will be segregated on a common access pipe and managed as "virtual access lines." This will open competition for the "real" services that matter to users in an even more effective way than Australia's NBN, which has experienced cost overruns and is losing political support. 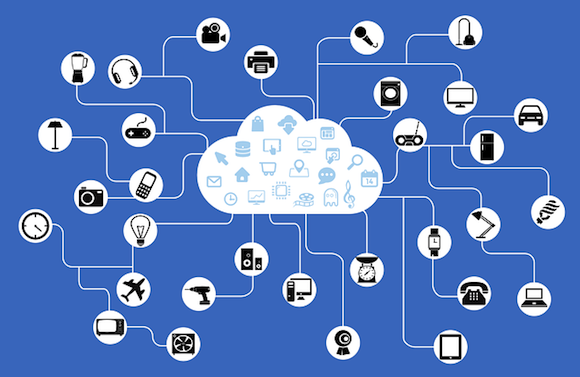 Third, the notion of zero-usage-charge, high-quality, and "Internet dial tone" will become limited. Money flows to where investment is profitable, and the segmented access and shared infrastructure models will encourage operators to deliver things like cloud computing outside the Internet. Regulatory policy on Net neutrality will gradually retreat from promising "no fast lanes" and "no settlement" simply because neither will be in the public interest -- there'd be no investment.

Many will think this will create a Bell System reborn, but it won't. Shared infrastructure doesn't permit that kind of model, and the success of off-the-Internet alternatives depends on the evolution of shared access and transport. There will still be an Internet, but best-effort service will be less acceptable when something better can be had for a fairly modest charge. Startups that had depended on Internet dial tone and zero usage charges will exploit that at first, but over time they would migrate to better services -- in terms of security, availability, performance, and so on -- that they'd bill for incrementally. More and more services (including most of the IoT) will be available only for a fee.

Fourth, on the equipment side, switching and routing functions will be increasingly virtualized to the point where by 2025 most traffic will never see what we'd recognize today as a switch or router. Companies will build physical-layer, tunnel-based, electrical grooming on top of the shared access and transport to build service- and customer-specific subnetworks at Level 1. These they'll augment with virtual switches and routers to create connection services or to deliver higher-layer services and cloud applications.

The security industry will be shaken by all of this, of course, but since the Internet will still exist as an open network with the lowest marginal cost of connectivity, some users and applications will stay there even as late as 2025. Over time, however, every consumer and business site will have its own virtual-router instance for managing service and application network connections. Firewalls, virus protection, and even in-flight malware scanning of Web data will be handled as a service-chain feature at that point.

Fifth, from the perspective of consumer visibility, the biggest change will be a completely malleable as-a-service framework composed by the user as needed. Every user will have a portal that controls all of his or her services, mobile and wireline, compute and connect. That portal will allow each user to select specific features and services as needed, paying for them on a usage basis or an interval license as preferred. The portal will link to automated service processes, and since each portal will be accessible from any device the user owns, it will also handle customer care, service call requests, orders for changes in physical facilities or access trunks, etc.

Surprised that I'm not talking about all the new services we might have? Well, those services will come along because they're enabled by the processes I've described here. The network of the future will be different because it has to do more, do things faster, do things cheaper. The things it does will be the things we want, delivered without the barriers we've inherited from network practices that were never designed to do even what we want today.

With these changes, we'll finally have a network that faces the future without trying to define it, and that's what we really need.