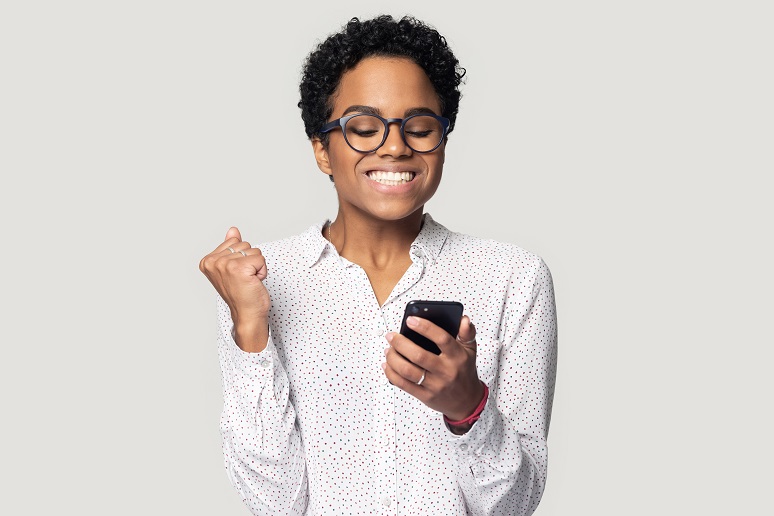 Image: fizkes - stock.adobe.com
Mobile carriers have tried to make the case that their 5G data service will be everything you ever need, but we all know that Wi-Fi remains the cornerstone of wireless connectivity. I regularly try to steer the conversation away from the meaningless debate about which is better and toward a discussion of how we can make the two collaborate to deliver the best experience for smartphone users for this reason. Smartphones represent the largest population of devices that offer connectivity through both networks.
In most enterprise environments, the term “smartphone” has come to mean “iPhone.” Among my clients, iPhones represent about 95% of the data devices on their cellular contracts, and most of the rest are data cards for laptops. To support our smartphones (and countless other devices) in the office, we have deployed extensive Wi-Fi capabilities using sophisticated, secure centrally-controlled wireless (WLAN) networks that routinely upgrade with each new generation of Wi-Fi technology.
On the cellular side, we might work with our cellular carrier or the building landlord to provide some indoor coverage solution like a digital antenna system (DAS) in the facility to improve cellular service, primarily for voice calls.
This strategy has been a sound one because it reflects how smartphones choose networks. For voice calls, the first choice is the cellular network. Along with that, virtually all smartphones support a Wi-Fi Calling option. In the absence of a good cellular signal, if we set the device to Wi-Fi calling, the smartphone will attempt to route the call through whatever Wi-Fi network to which it connects. So, if no one is willing to foot the bill for a DAS in your facility, this could (potentially) be your solution for indoor cellular coverage.
The cellular industry has developed this crazy protocol where it creates a secure tunnel through the Wi-Fi network and the Internet to a gateway in the cellular network. All of the cellular signaling and media (i.e., encoded voice) gets encapsulated and sent through that tunnel; the cellular network simply looks at that gateway as another cell in the network. In any event, nobody tells you if your call went over Wi-Fi, so as far as we can tell, it works.
Smartphones had a different plan for data. For the entire time smartphones have existed, Wi-Fi networks have been way faster than anything the cellular guys could deliver—even on their best day. That simplified the choice: Wi-Fi first, and cellular only if you couldn’t find an available Wi-Fi network. While the cellular carriers might have cringed at the analogy, smartphones looked at cellular data as a backup for Wi-Fi. Still today, studies tell us 75% of smartphone data traffic travels over Wi-Fi.
Like every other smartphone manufacturer on the planet, Apple began supporting cellular 5G data, both the sub-6 GHz and higher speed millimeter-wave varieties, with the introduction of the iPhone 12 in late-2020, but that didn’t change its network selection function. That change came a year later with iOS 15, and it delivered a major leap toward smarter integration of Wi-Fi and cellular.
The Perils of Choosing Blindly
Two noteworthy problems occur when smartphone data traffic gets blindly routed over Wi-Fi. The first and most obvious problem is that some 5G data services, particularly the millimeter-wave variety, are closing in on 1 Gbps data rates. So, the 5G option might be faster than the Wi-Fi you’re on.
I asked 5G service providers about this network selection issue a few years ago, but the consensus on the cellular side seemed to be that since it was the smartphone’s choice, they had no control over the matter. So, it’s best not to bring it up at all. The fact that an active Wi-Fi connection blocks a smartphone’s access to this marvelous new 5G service, and you had to turn your device’s Wi-Fi off to ensure it got to the 5G never came up in any of the countless 5G presentations I attended.
Another (more subtle) problem was with the network selection that appeared even before 5G was a factor—lousy Wi-Fi. I wrote about this phenomenon last year in describing a situation we face here on Long Island, N.Y., where I live. Our primary cable TV provider Altice (formerly Cablevision), offers public Wi-Fi access to subscribers through its Optimum Wi-Fi network. The problem is, the service stinks almost everywhere I’ve been!
The trouble is the smartphone also gives stinky Wi-Fi preference over whatever cellular data service is available. So, if you are out and about and find that none of your smartphone apps is working, you check the Wi-Fi, and invariably, it’s “Optimum Wi-Fi” getting in your way. So, you turn off Wi-Fi data, your apps start working again (maybe a little slower), and you hope you remember to turn the Wi-Fi back on when you get home.
I had noticed this problem (I work in this business, after all), but I was really surprised when I found my wife and a bunch of our friends had experienced the same problem; most had figured out the “turn off the Wi-Fi” trick. The two lessons we learned here are that we needed to figure out a way to make Wi-Fi and cellular work better together, and it’s the smartphone manufacturers that have to make it happen.
The Apple Surprise
While I doubt the exalted of Cupertino read my humble No Jitter posts, Apple was (apparently) aware of this network selection dilemma. To my surprise, buried deep in the details of Apple’s iOS 15 announcement, I found the solution that addresses both of the problems I described above.
In Apple’s Key Features and Enhancements for iOS 15 overview, if you scroll down about ¾ of a mile into the “even more” category, Apple points out a new capability called “5G preferred over Wi-Fi.” The description reads:

“iPhone 12 models and later now automatically prioritize 5G when Wi Fi connectivity on networks you visit occasionally is slow, or when you are connected to captive or insecure networks, so you can enjoy faster, safer connections.”

Bingo! That’s exactly what we want. How well it works in practice will depend on how Apple designed the algorithm that drives the selection, but it can refine this over time. It means the iPhone will monitor the status of the available options, and choose networks intelligently. Finally!
My apologies to the Android population. I couldn’t locate an equivalent capability in my research, though it may exist. Android traditionally has offered access to far more configuration options than Apple. But I did find software that would allow you to prioritize selection among different Wi-Fi networks or specify applications that would only run over cellular data (i.e., “Mobile Data Only”). I found nothing about selecting cellular over Wi-Fi. However, when it comes to Android, I’m not the expert. So, if someone knows about a similar Android capability, please let me know.
Bringing 5G into the Picture
While Apple would never give credit to anyone, the cellular industry can look at the 5G preferred over Wi-Fi feature as a tacit endorsement of what the carriers have delivered with 5G. It’s now fast enough to be taken seriously as a contender with Wi-Fi.
Overall, I find Apple to be conservative about pushing new networking technologies onto its loyal base. Apple prefers to let network options mature before incorporating them into its products and risking potential blowback (like the initial iPhone experience on AT&T). By allowing iPhones (and other Apple devices) to choose 5G over Wi-Fi means that Apple has determined that 5G makes the grade and is taking positive steps to bring it into the picture.
So, if you’re getting an iPhone 12 or 13 for Christmas, Santa has a better network experience in store for you.