If you’re not yet familiar with this rich messaging technology, you should be. 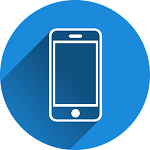 If you’re an enterprise communications and collaboration specialist, especially if you work in the U.S., it’s totally understandable if you haven’t heard of or paid attention to Rich Communication Services, or RCS.  But you might want to starting familiarizing yourself with this technology.

RCS, developed in a GSMA-led wireless industry initiative, is a multichannel augmentation/replacement for SMS. It’s integrated natively to the mobile phone, just like the phone dialer and SMS viewer, to provide rich text and video services. The GSMA has positioned RCS as one of the next big things in wireless, touting it as an alternative to over-the-top messaging solutions like Instagram, Snapchat, WhatsApp, and WeChat. However, GSMA’s promotional efforts around RCS have had little impact so far, especially in the U.S.

The reality is that RCS has seen limited market uptake. Apple has yet to announce RCS support, and domestic mobile network operators (MNOs) have been slow to adopt without support from the number one smartphone brand in the U.S. RCS has met with some success elsewhere globally, but overall rollouts haven’t exploded as the wireless industry and the MNOs had hoped.

All that said, last month at the Mavenir analyst event I saw a use case for RCS that is both persuasive and valuable… to enterprises.

At the event, Mavenir made clear its belief that RCS wouldn’t replace any hugely popular consumer messaging services. This is understandable. Consumer messaging is generally driven by group and small-group behavior. Members of groups tend to adopt a messaging platform together and may change as a group if that platform loses its allure (witness the youth movement from Facebook to Snapchat after parents got on the social network). However, Mavenir, like others involved in wireless, said it believes that RCS can provide an excellent platform for many customer-to-business interactions -- specifically, those that are application to person, or, as they’re commonly known, A2P. Mavenir refers to its implementation of A2P as RCS Business Messaging, or RBM.

Messaging, whether it be via Twitter, Snapchat, Facebook Messenger, WeChat, or whatever, is increasingly being used for rich customer interactions that include text, pictures, video, and so on.  In China, an exploding market has emerged using WeChat as a messaging commerce platform. However, these platforms have been chosen based on group affiliations, so lack the universality of SMS.

This means organizations -- or “brands” in this context -- using messaging to interact with their customers have to support an ever-growing number of messaging channels, all of which only access a fractional subset of the desired customer base. As new and ever more group-specific messaging platforms roll out, this landscape gets increasingly complex.

Alternatively, a company might offer a brand-specific device application for download; however, consumers really have to be committed to the brand relationship to bother with a download. As a result, many customer relationships aren’t adequately supported in the emerging over-the-top (OTT) messaging environment or by applications.

This is the factor that has driven the explosion in communications platform as a service (CPaaS) and SMS messaging business process integration. The universality of SMS makes it ideal for general interactions with a large customer base (dentist appointment notifications or password resets, for example). The intent is to provide the same levels of universality as SMS and device integration but with a rich set of customer interaction services to create a transformational consumer experience.