The Many Applications of Video Conferencing

In Guy Clinch's latest No Jitter podcast, Vidyo marketing head Joan Vandermate explores how video is extending far beyond the traditional conference and into hospital bedside systems, kiosks, and wearables. 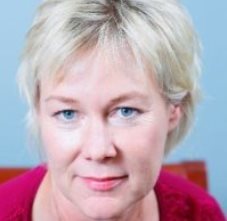 In his latest podcast on No Jitter, Guy Clinch chats with Joan Vandermate, vice president of marketing for Vidyo. The interview in its entirety is worth a listen, as the two discussed a number of interesting topics, including the company's take on WebRTC and a preview of Vidyo's plans for next month's Enterprise Connect Orlando. The most interesting thing I took away from the podcast, however, is how Vidyo is using video beyond traditional conferencing.

Extending Video
As No Jitter managing editor Beth Schultz wrote recently, even though conference room video endpoint sales have been flat, persistent employee use of conferencing rooms have encouraged vendors to continue improving their solutions. During the podcast, Vandermate acknowledged the flat market and noted that while traditional video conferencing use remains a focus for Vidyo, the company has been hard at work pursuing all sorts of use cases for video, particularly in the healthcare and finance verticals.

"We had a very solid growth year. The traditional video conferencing market as a whole is in sort of flat- to-single digit, slow-to-no growth," Vandermate said. "We actually saw very, very strong growth year over year, mainly attributable to these new types of applications -- things like our partnership with Phillips for EICU systems and with GetWellNetwork. So we're seeing a lot of growth in new areas of business; that's not to say we aren't seeing growth in the traditional video conferencing space, but really the place we're seeing just phenomenal growth is some of these new applications."

So what type of new applications are we talking about here?

Gettin' Hip with Healthcare
Vandermate pointed toward Vidyo's recently announced partnership with GetWellNetwork, a market leader in patient bedside entertainment systems, with roughly 10% of U.S. hospitals among its customers. GetWellNetwork now uses the VidyoWorks platform to embed a live interactive video client into that bedside system, which typically swings out on an arm over a patient's hospital bed.

With the Vidyo integration, patients can now use their bedside system not only to watch TV and for other entertainment purposes, but also for real-time communications. For example, a patient can use the system to have a virtual visit with a faraway family member or friend, a virtual checkup with a doctor, or a meeting with a physical therapist. With this partnership, people can use anything from an Internet-connected PC to a mobile device to interact with patients in real time.

"We've had an instance where one of the Ebola patients that was in an isolation unit was able to use video to communicate with his family," Vandermate said. "It also, in that instance, cuts down risk for clinicians who may be able to get some face time with the patient and visuals on the patient without having to go through the [cumbersome] biocontainment process. Anytime you can avoid entering the room, you are saving hours and also lessening the risk."

Kickin' It with Kiosks
Another interesting use of video comes out of Vidyo's partnership with Vgreet, which develops kiosk applications. One of the applications Vandermate discussed during the podcast is a virtual receptionist. Instead of speaking with a receptionist sitting behind a desk in the lobby, visitors interface with a kiosk, which can provide either a face-to-face interaction with a remote receptionist or directions to a meeting room.

"A single receptionist can then manage a much larger facility like a full campus because instead of having to have a receptionist in each building on a large campus, you may have one receptionist who is managing a variety of kiosks," Vandermate explained.

The kiosk video has exciting potential for e-commerce and retail applications, Vandermate added.

Workin' with Wearables
Vidyo will be showing a pair of smart glasses and related applications for remote field service next month at Enterprise Connect Orlando, Vandermate revealed. Wearing the glasses, a field technician would be able to bring in a subject matter expert who can coach or talk him through something like a difficult repair procedure.

"You can imagine that application in an oil field or gas pipeline -- someplace remote where you may not be able to get that skilled technician who knows that part or knows that particular repair," Vandermate said. "Well you can get a repair technician to put those glasses on and now the remote expert is able to literally see what he sees, everywhere he looks, and direct him through that repair."

Listen to the podcast to hear more from Vandermate about Vidyo's perspective on WebRTC as well as get a little bit more information about what to expect from the company at Enterprise Connect. I think that it's fair to say that the expanding use of video communications will be the subject of many conversations at the event.

See and hear more from Vidyo at Enterprise Connect Orlando 2015, taking place March 16 – 19. See the company on the exhibit floor and hear Vidyo execs participate in panels. Vidyo CEO Ofer Shapiro will be participating as a panelist in the session, "Video Everywhere: What Happens to Your Workflow?" Register now to save on entire event or Tues-Thurs conference passes.