One of the weaknesses of UC solutions is their lack of productivity reporting. While UC vendors claim that the addition of artificial intelligence, team collaboration, and messaging makes the UC experience richer and improves employee productivity, quantifying this has always been difficult. You can't get the same robustness and granular reporting and analytics for UC as you can in the contact center. 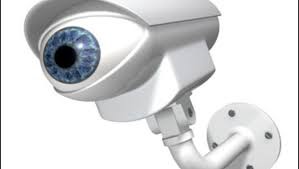 Every large enterprise has surveillance systems, commonly used at building entrances and elevators, as well as in places where there are valuable assets or where misconduct may occur. For instance, retail stores have them everywhere, because it turns out the employees steal more than customers. But these surveillance systems remain largely standalone.

There is a wealth of information in surveillance video that goes unused. With video content analysis improving dramatically and with the ability to automatically detect and determine people and events, organizations can further monitor their environment and employees. This extends beyond the basics of seeing who comes and goes from work to watching everything someone does in a given day. Useful data includes how often an employee interacts with others, how many breaks he or she takes, or how quickly he or she completes a task.

The fear of Big Brother arises when this topic comes up. But employees have long given up any freedoms at work. Companies already monitor everything you do in the workplace: on your cell phones, in emails, on the Web, and through file scanning and badge access... Previously when I worked at a large enterprise, we'd get requests to record phone calls. And companies already gather surveillance video and data; they just haven't integrated it with UC or other IT systems yet.

The amount of video and associated data will grow with the greater adoption of the Internet of Things, wearables, and additional surveillance systems. While Google Glass and other wearable video solutions were a consumer bust, the commercial opportunities are starting to rise. For instance, companies are using them to monitor people on a production line with the goal of reducing mistakes and defects.

Metcalfe's law states the effect of a telecommunications network is proportional to the square of the number of connected users of the system. The same can be said for analytics. The more data in hand the greater the actionable intelligence to be had.

It's time for companies to integrate surveillance systems with the rest of IT, starting with UC. It is, after all, an API-driven digital world.