Evolving IT to Meet the Hybrid Work Challenge

Enterprises will need to maintain workplace flexibility while they experiment with their first draft of hybrid work. 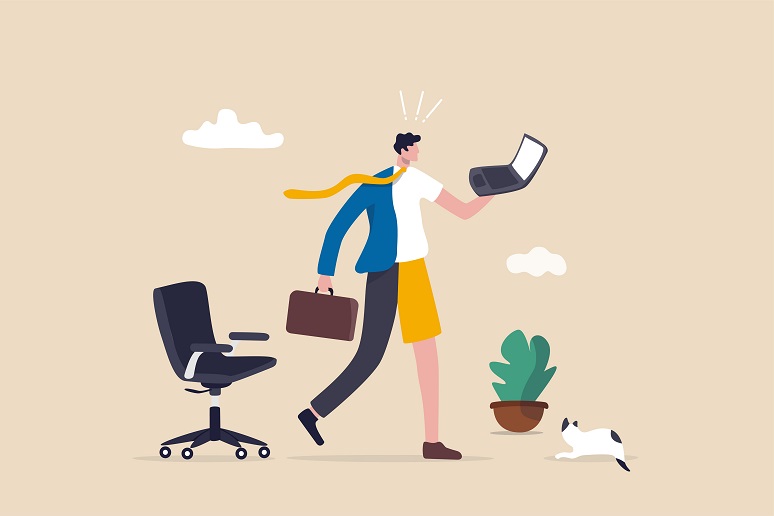 Image: Nuthawut - stock.adobe.com
One of the most striking moves any enterprise made during the pandemic was REI’s decision to sell off a brand-new headquarters campus that had been scheduled to open in mid-2020. What was particularly bold was that the decision to sell the facility came less than half a year into the pandemic, in August 2020.
REI could have waited to see how the whole thing played out but instead acted quickly to move towards a hybrid model. In September 2020, REI announced the Bellevue, Wash. site’s sale to Facebook and stated that the $390 million purchased price “represents a positive return on the co-op’s investment in the property.” So at least they didn’t lose money on the deal, but even so, other enterprise leaders might have balked at such an abrupt reversal of course.
So where is REI now? The co-op’s Executive VP of Technology and Operations Chris Putur explained during this week’s virtual Microsoft Ignite event, in a conversation with Jared Spataro, corporate VP of modern work at Microsoft. Putur described REI’s hybrid work model as a “network of spaces and places, virtual and physical.” That’s as good a description of what hybrid work should mean as I’ve seen so far.
A retailer like REI is, by its nature, a network of spaces and places, virtual and physical. Putur described not just the way REI moved from the model of a central HQ campus to multiple distributed offices, but how the co-op has begun integrating the online shopping experience with assistance from in-store employees, called “green vests” for their identifying garb.
She also acknowledged that the process has just begun and “we’ve done a lot of learning.” She expects REI to “evolve it like every other experience we have.”
Evolution and flexibility are going to be the key to hybrid work as enterprises start bringing employees back to offices in greater numbers and determine the mix of remote and on-site work that fits their companies’ business. I’m excited about the timing of Enterprise Connect 2022 next March because I believe many enterprises will be at an important juncture in their hybrid work journeys: Many will have had several months’ experience testing their initial plans against the realities of employee preferences, technology constraints (and advantages), and of course, financial implications. They’ll be getting their first sense of what works, what doesn’t, and where adjustments need to be made.
That’s why we’re leaning into the opportunity for our attendees — to both our in-person Orlando event and its virtual counterpart — to come together in settings that emphasize sharing and exchange of ideas. This will mean more sessions offering facilitated open discussion on the critical challenges that enterprise communications/collaboration professionals are confronting — everything from dealing with multiple collaboration platforms to the need for what one IT executive dubbed “ruthless prioritization” in the era of the Great Resignation.
Technology offers promising opportunities to help enterprises find their way through the new world of hybrid work, but I think we’re all coming to realize that we’re also in a historical moment of profound change to our ways of living and how people want to work and live their lives. We’ll bring those two pieces — technology and the broader challenges — together next March. Registration for both the in-person and virtual portions is open now, and we’ll be posting the bulk of our program shortly. I hope to see you in March!