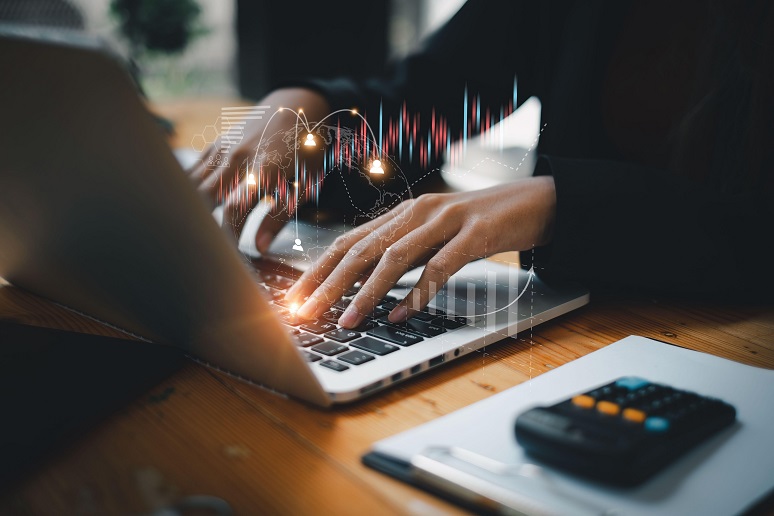 Image: Worawee Meepian - Alamy Stock Photo
In math, they say that “Things equal to the same thing are equal to each other. We’re hearing that Web3 is really blockchain, and that the metaverse is blockchain too. Therefore, Web3 is the metaverse. Is any of that true? And if it is then what could the failure of one of these hot concepts mean for the others? Some relationship-exploring is in order.
Web3 is a sprawling concept aimed at “decentralizing” the Internet by creating a peer-to-peer model of authentication of people and things and verification of the elements of and rights to transactions. It’s grounded in the notion that blockchain can host an absolutely secure form of identity proof and also create a chain of validations for any activity by maintaining a forgery-proof ledger. Blockchain is absolutely fundamental to Web3, and if there’s a flaw in it, that flaw either has to be corrected, or Web3 falls.
At first glance, the metaverse is a totally different thing. It’s a virtual or artificial reality populated by digital twins of people and objects, and some objects and people that are products of the software itself. In a sense it’s the use of gaming technology to create an immersive alternate world that you actually live in. However, the fact that people are represented by avatars means that there has to be some mechanism to verify the identities underlying those avatars and preventing impersonations that could be awkward at best and downright dangerous at worst. There also has to be a mechanism to pay for things, including virtual things, and convey ownership authoritatively. Blockchain is a leading technology option for both these things.
Blockchain is, of course, also the basis for cryptocurrency. The financial incentives to break or steal cryptocurrencies are obviously high, and we’ve seen major hacks of crypto exchanges seemingly monthly dollars. That hasn’t seemed to taint either Web3 or the metaverse so far, but we’re not hearing much about how either Web3 or the metaverse would avoid cryptocurrency’s problems with theft, loss of your assets by misplacing your wallet, etc. These hacks are probably the greatest risk to both Web3 and the metaverse, one that I’m sure is keeping some venture capitalists (VCs) up at night.
The problem with blockchain security is the classic “emperor’s new clothes” problem. Few people understand blockchain security, and an even smaller number would have any skill to assess it. It’s supported by acclamation, just like the emperor’s new clothes. If there was a major credibility threat to blockchain, it might be only a matter of refinement to fix it, but would the people who didn’t understand how it worked to start with now understand and accept the fix?
The concept of identity is critical for cryptocurrency, the metaverse, and for Web3. In each application, we have a relationship, a kind of twinning, between the virtual and real worlds. Is an NFT really what it represents? Does a cryptocurrency payment represent anything actually negotiable as cash? Even interactions between metaverse avatars that represent people raise the level of social risk beyond that of social networks. The company Meta recognized this early and has developed a code of conduct that includes just how close avatars could be allowed to get to each other. The virtual world is a novel unless it has a reliable relationship with the real world, and that’s what identity really is. A big player like Meta might be able to guarantee identity, but what about smaller firms and startups?
A broad adoption of metaverse technology would surely involve smaller firms, which would likely stimulate a more open strategy that would then pressure Meta and other giants to take the same path. That’s what blockchain is supposed to provide us. In a sense, it’s a kind of portable example of validation by acclimation, a mechanism for creating a consensus of validity to replace the guarantee of single big player. That would make metaverse success dependent on blockchain credibility too.
The common link with blockchain is the technical source of the risk to Web3 and the metaverse, but that’s not the only link. There’s also a common financial resource critical to the two technologies, and that’s venture capital funding. Yes, the same VCs that blockchain hackers are turning into insomniacs. VCs provide the financing for startups, and they’ve already made a major investment in Web3. If cryptocurrency problems contaminate blockchain, then they’d almost certainly create considerable angst among VCs with Web3 projects.
There is growing interest in the metaverse among VCs too, but it’s not yet reached the levels we see for Web3. If Web3 VCs start running for the exits, that’s certain to impact VC investment in metaverse startups, and that could dampen innovation in a technology that surely needs innovation, more so even than Web3. Loss of innovation, ironically, might stifle initiatives to resolve the blockchain/identity challenges. Not to mention potentially killing all manner of digital-twin-based metaverse applications that have nothing to do with social media.
So, is there a relationship between Web3 and the metaverse? Yes, two in fact — blockchain and VC funding. Could security and credibility problems with blockchain impact Web3 and the metaverse, including their funding? Yes. We’re betting a lot on technologies that are lined up like circular dominoes, and the fall of anyone could topple them all. Anyone betting on these technologies, including those VCs, should keep this in mind and work to resolve issues before it’s too late.