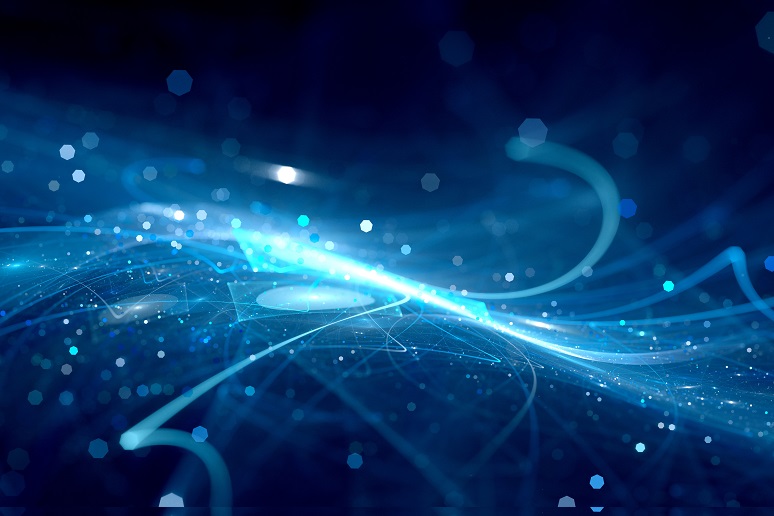 Image: sakkmesterke - stock.adobe.com
Financial services firms are major users of high-capacity networks, and often have requirements that go beyond other enterprise customers. High-frequency traders, who look to arbitrage momentary differences in the price of futures contracts on securities in different markets, have some of the most extreme network demands. The idea is if you can get your order there fast enough, you can make money on the difference. The trader who wins this race stands to make millions, and the difference between first and second place is mere nanoseconds.
These are not the types of requirements we run across daily but that’s why networking in the financial services sector is a high-stakes business. With the amount of money involved in these transactions, investing in some far-out technologies is more than justified. We are just now starting to see the next wave in this technology war is coming into view with what is called “hollow fiber.”
It is unlikely that this new technology will supplant traditional fiber links in the near term, but hollow fiber offers a new option for very low-latency network services. It joins a shortlist of low-latency services that includes the new 5G-driven Ultra-Reliable Low Latency Communications (URLLC) now being touted (but not actually delivered) by the mobile operators. Fiber obviously takes mobile applications off the table, so hollow fiber is an option, but only if you’re stationary.
So, You Think You Know the Speed of Light
My favorite advertising claim in the fiber business is that “information moves at the speed of light.” The problem is that it’s classic marketing sleight of hand.
First, speed is the most frequently misused term in telecommunications. Most people say speed when they actually mean rate. Bits on a 1.5 Mbps or a 44.7 Mbps transmission link travel at the same speed, but the transmission rates (the bits per second) are different. However, just about everyone will identify that 44.7 Mbps link as having a higher speed. Since we’re talking about network delay, we’ll use the more accurate “velocity” rather than speed.
Every schoolchild learns the velocity of light is around 186,000 miles per second; that’s the “c” in Einstein’s E=mc2 formula. However, that “c” is actually the velocity of light in a vacuum; truth in advertising, light doesn’t actually go that fast through a fiber optic cable.
The velocity at which light travels is impacted by the material it’s passing through; that difference is defined in the material’s refractive index. For instance, light traveling through a glass fiber travels at about two-thirds the velocity of light in a vacuum (i.e., around 124,000 miles per second). That difference in velocity adds up over hundreds of miles to the point that it can have a meaningful impact on performance — particularly meaningful if you’re measuring delay in milliseconds and nanoseconds.
This race to reduce the link transit delay to the limits defined by physics has been going on for some time on fiber and other media.
How Fast is Fast?
The first company that looked to carve out an advantage on the latency front was Spread Networks, founded by Dan Spivey in 2007. With a background in trading, Spivey came up with the idea of arbitraging futures contracts between the Mercantile Exchange in Chicago and Nasdaq’s data center in Carteret, NJ, using a communications system that introduced the minimum delay. As fiber systems at that time worked basically in the same way, Spivey’s idea was to build a fiber facility by the most direct possible route, thereby eliminating as many “wasted” fiber route miles as possible.
A quick aside, the storyline here might sound familiar because the plot of the 2019 movie The Hummingbird Project revolved around a straight run fiber network for HFT, like Spread’s, being bested by a microwave network from a competitor with a personal vendetta.
Spread Networks went live on its Chicago/Carteret link in Aug. 2010, offering round-trip latency of 13.3 msec., compared to 14.5 msec. via the best conventional fiber routes. It continued to improve the routing and announced an improved service in Oct. 2012 that offered round-trip latency of 12.98 msec.
The differences we’re talking about are in tenths of a millisecond, but 1/10 millisecond is 100 nanoseconds, and HFT is an area where nanoseconds count. However, within a few years, microwave radio overtook the “straight fiber” option. Apparently, someone figured out that radio waves travel through air at the same velocity as light. Those microwave routes cut the round-trip delay to around nine msecs, beating Spread’s performance by almost four msecs —that’s big time! These delays are summarized in the table below.

Hollow Fiber, As Good As Air!
While there is still money to be made, this race continues. Several companies are investing in a new fiber technology called hollow-core fiber, or simply “hollow fiber,” which puts fiber-optic transmission on the same delay plateau as microwave.
Unlike traditional fiber transmission, which uses a solid glass core (surrounded by a lower refractive index cladding) to conduct the light, hollow-core fiber is essentially empty. The fiber contains dozens of parallel, air-filled channels, each narrower than a human hair. Since the light is traveling through air, as opposed to glass, it travels close to the velocity of light in a vacuum or about 50% faster than light traveling through a solid glass fiber core.
The idea of hollow-core fiber has been around since the 1990s, but it failed to gain traction because it was far more expensive to manufacture and had much greater transmission loss per mile; that translates into more amplifiers or repeaters along the route. Those shortcomings are now being addressed and promise to make hollow core systems marketable in a wider range of applications.
Today, several firms are getting into the hollow-fiber space, including UK-based Lumenisity Ltd. and OFS, a US-based unit of Japan’s Furukawa Electric Co. Specialized providers offering these very-low latency network services include Anova Financial Networks, McKay Brothers LLC, and BSO Network Solutions Ltd., all of whom target the financial services industry.
Conclusion
The one reason I will never get bored with our industry is the amazing creativity I witness day-in and day-out. If you’re fortunate enough to have studied the physics that underlies what we do, your appreciation of these developments only intensifies. I remember when Spread Networks debuted, though I only remember them coming up in conversations with other people who worked in financial services. It’s nice to see their idea lives on.
However, my focus has always been on business and the challenge to turn these technical ideas into viable business ventures. And there are lots of business questions here: Is there a big enough demand for these extremely low-latency services to justify more investment? There’s a limited market in HFT, but are there other areas where these services could blossom? Could regulation in the financial services industry define these services as illegal, eliminating the main market that they serve today? Maybe, the hollow core fiber technology advance to the point where it can compete with traditional fiber cables on a wider range of applications? And so on.
The mobile operators have put low-latency network services back in the conversation with their URLLC offerings, but those are still some ways off. In the meantime, they’re touting the latency improvements in basic 5G enhanced mobile broadband, but that’s only fast when compared to the slug-slow services they were offering before that! In the overall assessment, fiber has it all over 5G when it comes to reliability, accuracy, and, most importantly, capacity. If you don’t need the “mobile” part, fiber wins hands-down.
It’s too early to tell how the demand for very low-latency services will develop nor which applications are likely to call for them; frankly, we’ve never had this choice before. If we’re faced with a requirement for a service with performance requirements this demanding, this is just one new twist in the networking game we’ll have to master. In any event, if remote surgery does turn out to be a real application, I’d be way more comfortable if they weren’t depending on the reliability of radio.
So, when you need fast, we’ve got some choices for you.

Sizing Up Fixed Wireless For Work From Home

It appears work from home is here to stay, which makes reliable residential broadband a business-critical requirement. Wireless offers options—but are they business-grade?

Zoom, Miro Encourage Tasks Within Collaboration Platforms
Lisa Schmeiser
May 20, 2022
Are On-Prem Phone Systems Actually Dead?
Melissa Swartz
May 18, 2022
A Partner Perspective on Transitioning from Mitel to RingCentral
May 11, 2022
What to Expect at NICE’s Interactions Live 2022 Event
Dave Michels
May 19, 2022
From User Adoption to Hybrid Work Success
Eric Krapf
May 20, 2022