What Will Broadband Expansion Mean for the Enterprise?

Maybe one day, with broadband access, underserved areas will be more attractive to remote workers, and more feasible for home-based work. 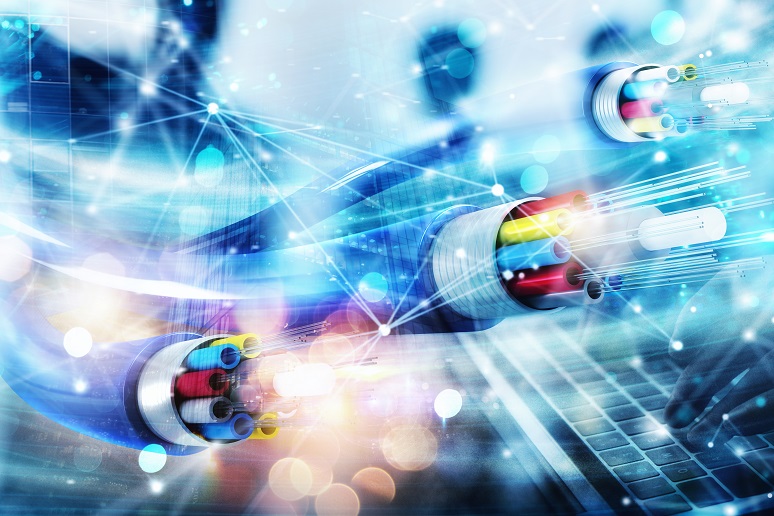 Image: alphaspirit - stock.adobe.com
Republicans and Democrats in Washington are at each other’s throats, and that situation is replicated in many statehouses over many issues these days. But there’s at least one exception: broadband.
The national debate on how to expand and speed up broadband access, and how to pay for it, has recently been tied to the fate of President Biden’s American Jobs Plan, also known as the infrastructure bill. That legislation would allocate $100 billion to build out broadband infrastructure to reach 100% coverage; encourage municipal broadband and deployment by rural co-ops; and, at least initially, provide direct subsidies to broadband subscribers who otherwise couldn’t afford it.
As an investment, it would seem to make sense. The consulting firm Deloitte just released a study in which it reports that its economic models show broadband deployment directly brings economic benefits. They write that a 10% higher broadband penetration in 2016 would have yielded more than 800,000 additional jobs by 2019; and a 10% increase in broadband access in 2014 would have boosted U.S. economic output by $186 billion by 2019.
One interesting point: “Higher broadband speeds drive noticeable improvements in job growth, albeit with diminishing returns. As an example, the gain in jobs from 50 to 100 Mbps is more than the gain in jobs from 100 to 150 Mbps.” The Deloitte model didn’t reach into the pandemic era, so I wonder if we’d still see those diminishing returns — or maybe the point of diminishing returns would just ratchet up to the 250 Mbps or higher ranges.
The infrastructure bill and its broadband component will be a partisan fight in Washington because everything is now. But in the states, spending public money to improve broadband is getting support across the political spectrum. This article from Pew Research provides a rundown: In 2020, Democratic states like Virginia increased their broadband funds, but so did Republican or split-party states like Arkansas, Kentucky, Michigan, and Pennsylvania.
In addition, states ranging from Kansas and Mississippi to Connecticut and Colorado used federal COVID relief funds to aid broadband efforts. Pew notes that Illinois’s Democratic governor has set a goal of universal broadband access by 2024, while Iowa’s Republican governor proposed — and its legislature unanimously passed — a bill allocating $450 million over the next three years to achieve universal penetration of 100 Mbps upstream/100 Mbps downstream service.
So if broadband access expands over the next, say, three years in many places where it now falls short — even if it doesn’t hit the goal of universal availability — what will that mean for the enterprise? You’d have to think it would increase the momentum behind remote work.
But for enterprise communications managers, it could make your job more complex. I started thinking about this topic after reading consultant Molly Zraik’s No Jitter post on sunsetting of copper PSTN services in favor of fiber upgrades, which it turns out is not going great for every enterprise.
The subjects aren’t directly linked — the situations Molly writes about involve business services, rather than residential broadband. But one similarity is that they both seem to be playing out in lesser-served regions. Molly writes: “For major business locations in large buildings and large cities, the demand for additional bandwidth plus the carriers’ pricing models have made the cost/benefit analysis for fiber or coax-based Internet connectivity favorable, but in other situations, this move isn’t as straightforward.” Likewise, supporting home-based workers who get their service from a variety of service providers, including municipalities and utilities, can only add to the potential challenges.
We may never see parity between rural/underserved urban areas and wealthier communities. But as Deloitte’s study shows, it may not require full parity to make these underserved areas more attractive to remote workers, and more feasible for home-based work. Then all your enterprise has to do is fight about whether the office is essential for most employees. But that’s a battle for another day.