The Not-So-Bright Side of Sunsetting Copper Services

Transitioning from copper to fiber networks can be difficult for enterprise network managers. 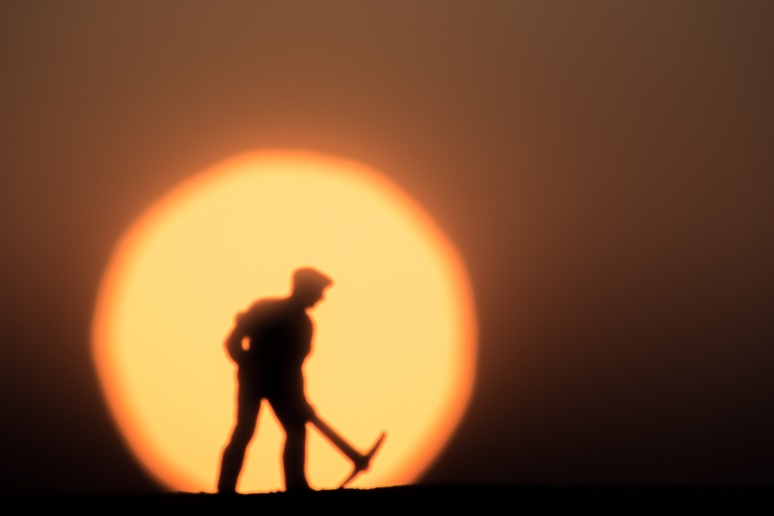 Image: pinglabel - stock.adobe.com
The issue of sunsetting copper-based telecom services was first addressed in 2014, when AT&T announced a trial to eliminate landlines at Carbon Hill, Ala., and West Delray Beach, Fla. If approved by the Federal Communications Commission (FCC), AT&T planned to stop offering plain old telephone service (POTS) in those markets immediately, and disconnect all landlines by 2020.
AT&T’s hasn’t yet accomplished its plan to eliminate POTS, which is still available for order across the U.S., but other copper-based telecom services are being aggressively discontinued in favor of fiber.
Throughout the nation, the copper plant is old, and the technology provides much slower connection speeds than newer fiber networks — so the strategy of moving to fiber makes sense wherever it is available. However, unlike copper, fiber isn’t built into every community and available in every building across the country. According to this December 2020 BroadbandNow study, only eight states have more than 50% fiber coverage and 33 states have fiber available in less than 25% of their population. With such low overall fiber optic penetration, it’s a bit frightening how aggressively some providers are looking to push customers off copper-based services.
In early March, I told one of my client's AT&T salespeople that the company planned to keep Internet T1 service installed at 250 locations until 2022 or 2023. In response, I was told that wasn’t possible because AT&T was turning off all T1-based Internet services this summer. Following the call, I received the “official” announcement, a letter dated March 5, 2021, stating: “… your AT&T MPLS PNT and AT&T Dedicated Internet with T1, T3 or OCx access … is set to be discontinued on July 31, 2021.” The letter also stated that AT&T is no longer accepting orders for these services, is increasing prices by at least 50% after Feb. 1, and will no longer support the services after July 31, 2021.
When I questioned why we received such short notice for an action that will have drastic consequences, I learned AT&T made the announcement to its salesforce internally last November and left it up to individual reps to contact their customers and sell them replacement services. Since my client had been slowly moving away from AT&T and wasn’t a strong sales prospect, they were apparently overlooked in favor of greener pastures.
While AT&T’s action is drastic, other telecom providers are steadily raising prices on copper-based services to incentivize customers to migrate and retire their old copper-based infrastructure in favor of newer, faster, fiber-based services. For major business locations in large buildings and large cities, the demand for additional bandwidth plus the carriers’ pricing models have made the cost/benefit analysis for fiber or coax-based Internet connectivity favorable, but in other situations, this move isn’t as straightforward.
Here are some areas that enterprise network managers might find challenging when transitioning from copper (TDM-based) services to fiber or coax-based services:
Smaller businesses – Retail chains that operate in strip malls, standalone stores, or small stores within big-box retailers may have trouble justifying the upfront cost to extend fiber or coax services into their store for access. It’s common to have a cable provider claim that it can deliver a 100 Mbps/20 Mbps circuit to a store for $100 to $200 per month, only to survey the location and come back with a cost to bring services into the building for $3,000, $8,000, or more if they don’t already have nearby customers from which they can economically extend their services. My colleagues and I sometimes have luck contacting the property manager or other tenants to find out what services they’re using so we know which have already built a pathway into the building.
Rural locations – Fiber is slowly being installed in areas where the ROI is extremely low for providers. Satellite, fixed wireless, and cellular are often the most promising alternatives when fiber or coax isn’t an option, but coverage isn’t ubiquitous — and speed, reliability, and overall performance can be a challenge. In some cases, governmental agencies serve as rural broadband authorities and they can be a source of information to identify what Internet providers, including smaller local providers, are available.
Faxes (analog transmission) – Companies can benefit from eliminating analog fax machines (and lines) in favor of electronic faxing (eFax). Phasing out fax machines has happened for years, but in healthcare and the legal industry, the transition has been much slower due to privacy issues. In one retail/health client case example, all corporate facilities have eFax, and all stores will be converted to centralized SIP service for voice calling within the next 12 months — but each of their 1,000+ stores still have a copper POTS line for the fax machine. To date, the cost and effort to convert to a digital fax solution while keeping each store’s current local fax number has been greater than the perceived benefits. That cost/benefit analysis will change as carriers continue to increase the cost of POTS lines and faxing over IP continues to improve. If you’re retaining POTS lines for faxing, you must start examining your alternatives, as the cost of supporting fax will continue to rise.
Phone systems using TDM-based PRI service – Enterprises still using TDM-based PRI services for voice should investigate a migration to VoIP services — meaning, SIP trunking. Phone systems installed within the past 10 years typically can accept SIP trunks natively and have the ability to accept SIP trunks delivered as a PRI handoff from the carrier. Regardless, for a variety of reasons many customers have elected to retain their existing TDM-based PRI services to date. With the sharp increases we’re seeing in the cost of TDM services as well as the incentive for major carriers to sunset these services, there has never been a better time than now to figure out your strategy to modernize your voice services and convert to SIP.
So as the sun sets on copper-based TDM services, rather than resting, many organizations must plan and act to avoid being negatively impacted.

The Show Must Go On: A Project Team Migrates Through Supply Chain Issues

Hardware devices are difficult to source this year. But as my client migrates 10,000 users to a new cloud voice solution, we must proceed.

The Decommissioning of Copper Gets Real

Networks are aging, parts are unavailable, and technicians are retiring. If your organization uses copper-based services, make a plan to eliminate them quickly.

Leading UC industry analysts Dave Michels and Zeus Kerravala look at the news of the week from Talkdesk, Zoom, and Jabra.

Managing Multiple IT Projects? You Need a Cohesive Strategy

Taking a holistic approach to IT projects can save you time and money in the long run.

Decommissioning Copper: It's About Time

With carriers sunsetting copper-wired telecom services, now might be a good time to review your fixed IT services, what they cost, and if they are needed.

See All in Consultant Perspectives »