What Lives in Cisco's Digitized Spaces?

Pretty much anything that’s important, which is why it needs to be an open-source incubator that turns this concept into reality. 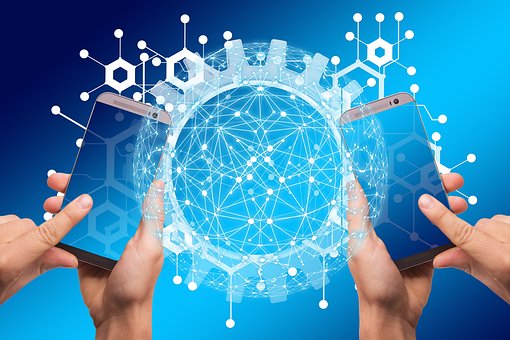 In a recent blog, a Cisco technology executive introduced the notion of “digitized spaces,” growing out of steady improvements in geolocation resolution for mobile devices. He lists it as one of the five critical technologies for enterprises, but what can we really expect from it? Cisco, after all, is famous for making strategic mountains out of functional molehills. Has it done that here?

If you read the Cisco blog, you’ll find that the introduction to digitized spaces is pretty pedestrian and perhaps a little alarming. It starts with the idea that precise geolocation not only can figure out what building you’re in or street you’re on, but where exactly you are down to the store department or counter or the shop you’re in front of. Cisco proposes that this could be combined with demographic data on you to allow merchants to understand just what kind of customer is moving where, and presumably to target your interests based on where you’re walking or standing.

How intrusive is this? Imagine walking down the isle of a supermarket looking for a jar of peanut butter, bombarded by “You need oranges for your health! Stop here and buy!” or “Your peanut butter will taste better on Gizmo-Bread!” This level of marketing would almost surely provoke regulatory reaction, and phone vendors would be expected to filter out the intrusions, right?

That’s the hidden secret of digitized spaces -- it’s not your primary dwelling, but a kind of vacation home. A digitized space is a combination of your digital footprint and that of the other people, places, and retailers in the world. You enter one not just by walking around, but by having a purpose that’s driving the walk. Your device, combined presumably with cloud features, then offers you assistance based on that intersection of digital-you and digital-whatever. “Assistance” isn’t meddling in your everyday life, it’s helping you with personal missions. The mission is what matters; where you are in it is just a refinement to make the digitized space more useful.

Digitized spaces even have a non-privacy-threatening application -- to almost any outside worker. Workers aren’t just wandering aimlessly through space, they’re supposed to be doing something specific, meaning that they have a mission. If we can combine things like geolocation (where, precisely, the worker is), the location of that which is being worked on or is needed for work, and the mission, productivity-enhancing information is much easier to offer and applications are more valuable to companies. This, in turn, justifies higher spending on IT.

If it’s the mission ecosystem that makes digitized spaces a really good idea, then it’s that same mission ecosystem that raises serious questions about whether Cisco really understands its own concept. Most of us have smartphones with GPS accuracy sufficient to use for navigation while driving. Surely that level of precision would at least start the digitized spaces wave, if location was the critical piece of the puzzle. That we don’t all have digital-spaces-vacation-homes to live in already must mean something.

What it means is that Cisco has taken a massive leap in strategic thinking and then tied it to an incredibly tactical vision of execution. Digitized spaces are the way of the future, thinks Cisco execs (true). Digitized spaces are really massive cloud ecosystems that gather information about each of us and about every other mission for every entity in our real world (true). This massive ecosystem will take years or maybe decades to deploy (true), and therefore won’t generate zip for revenue in the coming quarter (true). Conclusion: Digitized-space-wash marketing with simple geolocation, which we can talk about and do easily, and forget the great strategy. True, also.

Of course, the rest of the industry doesn’t have to put Cisco’s blinders on. Digitized spaces may well be the perfect application for the open-source community. What’s needed is a combination of assembling the right pieces -- which range from information-gathering and could include the Internet of Things (IoT) to analytics and database technology -- and framing the delivery of information through a simple set of APIs. Almost everything we need from the software side is already in place somewhere… we just have to assemble it.

And that of course demands those annoying instructions. Ecosystems need parts, but also insight to assemble them properly. Experience in tech has shown that there are two parts to this critical insight: a vision of the goals and a model of how features can be assembled to fulfill them. The second of those has proven the hardest to get, and that’s true both in the commercial world and in open-source software. Commercially, nobody wants to carry the burden of socializing a new concept when others will be a beneficiary of their success. In open source, there’s often no real way of socializing at all, and without effective promotion no digitized space will ever get enough digits to be useful.

What lives in Cisco’s digitized spaces? Pretty much anything people think is important, which makes substantive ecosystemic vision and progress essential. The problem is that like real houses, digitized spaces have to be built before they’re used. Cisco can’t do that on its own, and even the Cloud Native Computing Foundation that Cisco contributes to may not be the full answer. What Cisco needs is to become an open-source digitized-spaces incubator, a sponsor of the critical pieces of its own strategy that it isn’t going to provide as a product line. If Cisco can do that, its concept of digitized spaces could be a boon for itself and the market.