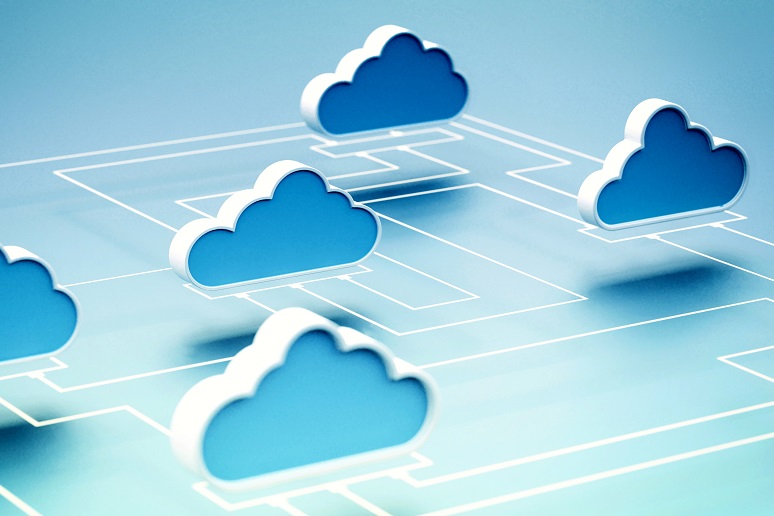 Image: Nmedia - stock.adobe.com
This week, Genesys announced two expansions of existing relationships, one with Google Cloud and another with behavioral pairing technology company Afiniti. While Genesys made these announcements separately, together they reinforce that choice of public or private cloud, and which public cloud, remain salient issues — especially for the very large enterprises Genesys Multicloud CX was built to serve.
Google Cloud
Last week during the Genesys Analyst and Influencer virtual summit, CEO Tony Bates and Genesys Multicloud EVP and General Manager John Hernandez previewed the Google Cloud partnership announced on November 15. The executives explained the partnership includes (undefined) financial investments in joint selling and co-innovation that combines the strengths of the companies in customer experience, AI, and cloud:
• Genesys will support Google as a cloud infrastructure choice for public and private cloud deployments of Genesys Multicloud CX. As seen in the graphic below, with the addition of Google Cloud, Genesys Multicloud CX will be available on all three of the major public cloud platforms, deployed either in a public or private cloud setting. Deployment in AWS and Microsoft Azure are already generally available and Genesys Multicloud CX private edition is expected to be available for Google Kubernetes Engine within the next 90 days globally. Public cloud availability would be later in 2022. 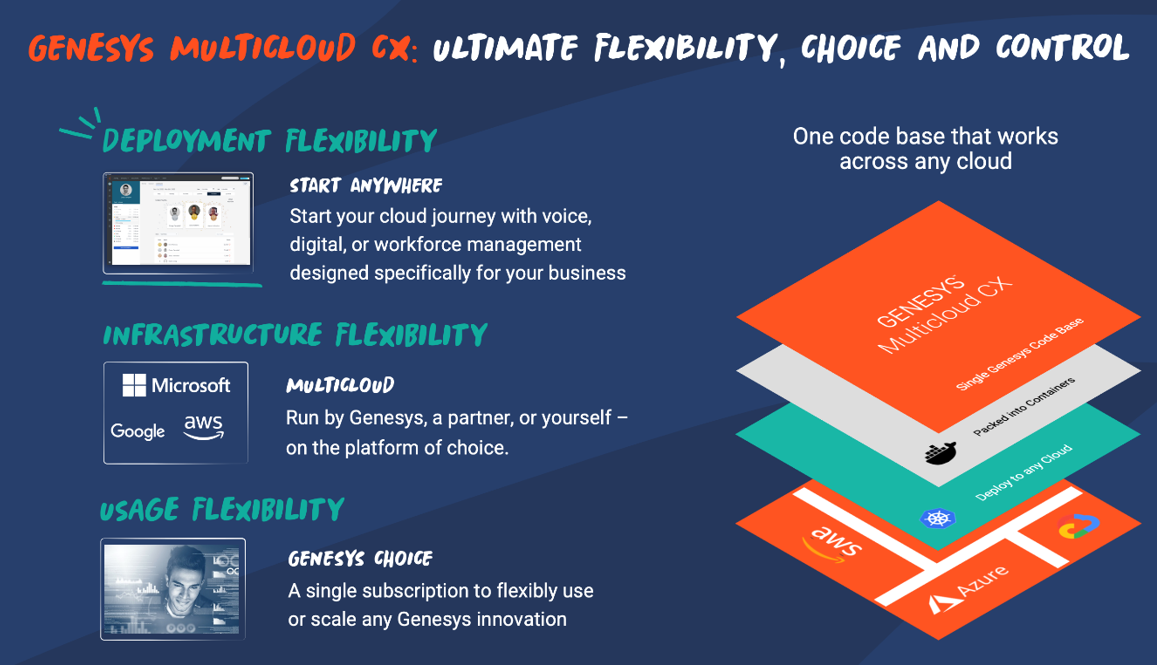 • Customer journey orchestration: Beyond its public cloud, Google technology has been important in the contact center and artificial intelligence markets since its announcement of Google Contact Center AI (CCAI) in 2019. Genesys was an early Google CCAI partner, integrating Dialogflow. As Genesys moves to define itself as a experience orchestration company — as announced at the summit — the work that Genesys and Google will do together will orchestrate an even broader array of Google data and applications, including:
Google Cloud CCAI is currently available as a native integration for Genesys Multicloud CX and through the Genesys AppFoundry for the Genesys Cloud CX platform.
Hernadez, speaking during the Genesys summit, explained the value of the choice of any public cloud to companies, especially large enterprises. “Genesys Multicloud CX is the same software on AWS, Google, and Azure. It allows customers to choose where they are going to run it. It’s important because a lot of large enterprises are creating contracts to move all their enterprise workloads to a single cloud vendor,” Hernandez said. But still other companies are embracing the use of multiple cloud vendors. Running on the three major public clouds, Genesys Multicloud CX allows companies to decide where and how they run on each cloud.
Afiniti
Afiniti is a company that may not be that familiar to many, but each of my readers likely does business with one or more of the 150 brand name companies that use Afiniti’s AI-based behavioral pairing software. Behavioral pairing refers to pairing each customer with the right agent to get the desired outcome, typically a sale or retention of a customer.
As I reported in 2018, when I first wrote about Afiniti, the company had its first client in 2009 and its first major success, with T-Mobile, in 2014. In 2019, I wrote about AT&T Entertainment Group, using Afiniti’s routing solution to support almost 5,000 agents who worked in AT&T/DIRECTV loyalty centers.
When I spoke to Afiniti a few years ago, customers were deploying the software on-premises. During an interview with Hernandez and Wes Hayden, executive vice president, international, at Afiniti I asked how the company’s software is deployed today. “Afiniti is architected so we can be deployed on-premises, in a private cloud or in a public cloud, Hayden responded. “For a number of reasons, not the least of which are privacy and security, most customers have our software behind within their firewall.”
Companies with thousands of agents – like Afiniti customers AT&T and T-Mobile – have been the last to move from on-premises contact centers to the cloud. As these mega-contact centers migrate, many are demanding the ability to choose between public cloud or private cloud options.
Until this announcement, Afiniti behavioral pairing technology had been available for Genesys customers for ten years through SDKs, APIs and the Genesys Appfoundry. The press release says that there will now be a “native integration” between the two solutions. I asked Hayden what that meant. “The development of native integration between Genesys and Afiniti is going to result in more optimized results for our mutual customers and more ease of use. We'll be going to market cooperatively,” Hayden responded.
Hernadez added, “With the native integration, Genesys Multicloud CX will send information from the Genesys workforce management system to Afiniti. They will decide on the pairing and Genesys will orchestrate either the digital or the voice connection between the selected agent and the customer.”
While a SaaS solution delivered from a single public cloud – like Genesys Cloud CX on AWS – works for a large majority of customers, it doesn’t work for every company. Data on the size of the deals and the growth of Genesys Multicloud in the past two years shared (under non-disclosure) with analysts during the recent summit attest to the demand for multicloud solutions.