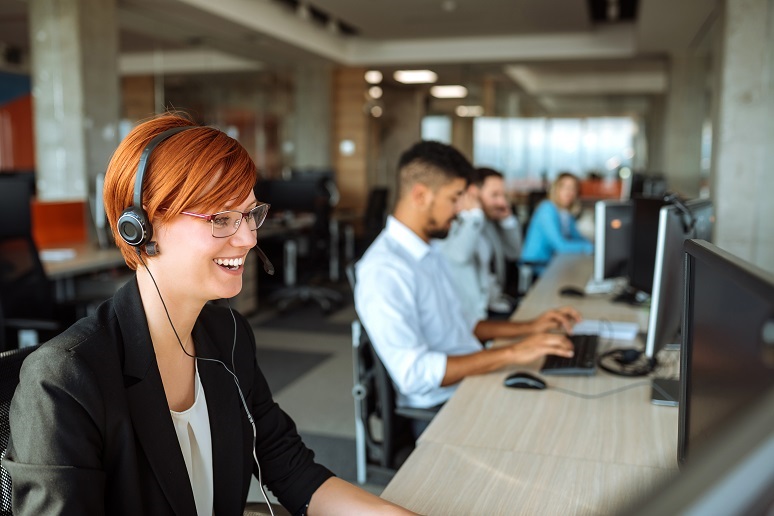 Image: bernardbodo - stock.adobe.com
One of the many challenges we face decoding technology trends is the “Half-Truth” problem. I don’t mean situations where someone (in marketing or public relations) tells us half of the truth as a tactic, but situations where we see half of a trend and miss the other half. Sometimes that missing half turns out to be really important, and that’s the case with the “cloud-versus-call-center” shift.
Most enterprise spending on cloud computing is really about creating sales and support portals designed to substitute for human-mediated interactions and reduce costs. Even before the pandemic, people were shifting from “going to the store” to shopping online. Online support has reached the point where even when we think we’re chatting with a human, we’re really talking to some AI entity. You might wonder where, in this massive cloud-based shift to online customer interactions, there’s room left for the lowly call center.
It has a place somewhere – because year-end Wall Street research lists the top demand areas as “servers, storage, and unified communications (UC)!” UC/unified communications and collaboration (UCC) has somehow gotten elevated to a list of technologies occupied by stuff we all know is going to attract a boatload of budget commitments. How do we reconcile the financial commitment to call centers with the cloud-and-online shift aimed at eliminating them? Answer: by telling the other halves of several truths.
The first of these half-truths is the truth that companies want to eliminate human interaction costs in sales and support. That’s true only if we consider “human interaction” as being in-person retail and support experiences. However, any sales expert will tell you that as the cost and complexity of a product or service increases, the need for personal interaction to build confidence also increases . Call centers may not reduce human interaction to zero, but that’s not really the goal. The goal is to reduce human interaction to the point where the remaining interaction costs are optimized—and staffing call centers is a lot more efficient than sending humans into the wide world to sell and support things.
The second half-truth is that call centers and UC/UCC are moving to the cloud because the cloud offers cheaper support for them. True, cloud-hosted stuff (UCaaS) lets you expense costs rather than depreciate capital equipment, but enterprises in 2021 told me that they actually expected to spend a little more for the as-a-service form of call centers. Why were they willing to do that? The answer is that improvements to online portals for self-support and sales provide data that raises the support quality bar for the human agent interactions that happen when those non-personal channels don’t do the job. The portal technology used for customer self-service are also the best way to support the call center agents’ interactions. In fact, in many cases, agent interactions will build out of an online process of Q&A that has to pass off to an agent if it doesn’t work .
Our final half-truth is that no-contact sales and support and as-a-service call centers are artifacts of pandemic-era circumstances such as lockdowns and the resultant a shift to remote work. Yes, the pandemic forced companies to think more about online, indirect customer relationships, but we’ve been shifting to that model for years as a way to expand a talent pool for jobs. We don’t have the customer support model we had decades ago, to be sure, but we don’t have the product complexity we had back then either. Today’s smartphones are more powerful and more complex than data center computers were in the dawn of IT, and nearly everyone has one. IBM supported those ancient systems with on-site staff and that could never be possible today.
Call centers are part of a customer-care continuum. We’re scaling up complexity while also scaling up the total addressable market for goods and services. It is imperative to create new practices and tools that scale better. The new practices have to be cost-efficient, but first and foremost they have to care for the customer. Enterprises are trying to build profits, not just cut costs. If a technology is a little cheaper but contaminates sales success or increases customer churn, it’s a bad choice. We have to be able to fulfill the customer-care mission of call centers first, and control costs within that constraint.
I went back to my early enterprise surveys, done back in the 1980s, and found something surprising. Among the then-300 users in my survey base then (winnowed down to 277 over time), the average number of call center seats increased by 31% through 2020. The number of interactions with callers increased by 173%. The number of total interactions, including online-only, increased by 2,750%. That tells us a lot about customer care.
We’re using online customer care to weed out the routine things, to cut down the time spent answering the same questions. We’re using it to help address a growing dependence on complex stuff, with no corresponding improvement in customer knowledge. It’s worked as our first line of defense, but it isn’t always appropriate. Most people still prefer to interact with a real human when they feel trapped in a problem or decision process. We’re reinventing the call center to accommodate that truth, to empower support people to be faster and more accurate, because sometimes it makes business sense .
Computing isn’t the same as it was back when you could walk down the hall and visit your IBM rep to ask a question about a system less powerful than your watch is today. Sales and support aren’t the same either. We’ve had to rethink computing, and we have to rethink support too. The call center isn’t disappearing, it’s being reborn.