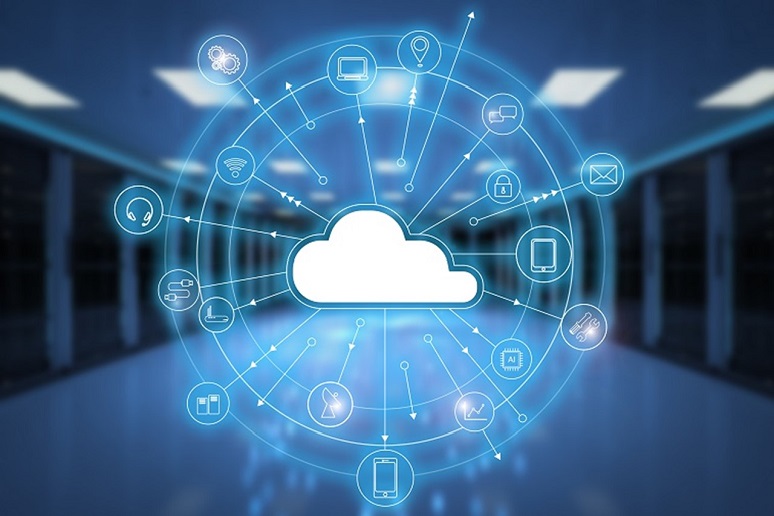 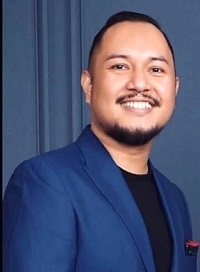 While reading the press release, I realized I didn’t know much about Dialpad’s contact center solution or how its customers were using AI. To educate myself and my readers, I asked Dialpad for a customer to interview. What ensued was a one-hour call between two lovers of contact center technology, One Legal | An InfoTrack Company’s Fernan Elacio Kalaw, director of customer support (left), and me.

One Legal is a digital litigation support service that files court documents, serves legal papers, and more via one platform. The company has been in business for 30 years and, in mid-2020, decided to migrate from a premises-based ShoreTel unified communications (UC) and call center solution to the cloud with Dialpad. Later in 2020, they hired Kalaw to help digitally transform their contact center. Kalaw has worked in contact center operations for the past 20 years at companies including Bank of America and Netgear – where he led a 1,500-agent operation and 10+ sites across the globe.
Kalaw said he was hired by One Legal to “re-open the contact center.” With a rudimentary premises system and shelter-in-place rules in effect, One Legal worked with a skeletal support team. Migrating to Dialpad’s cloud contact center, the company enabled agents, supervisors, and contact center management to work from home.
After having been at One Legal for a little over a month, using the newly-deployed system, Kalaw told me, “I was already sold on Dialpad.” Each week, One Legal’s Dialpad customer success manager schedules a training session to go over contact center features and functions available in Dialpad Contact Center.
As he describes the experience, Kalaw sounds like a kid in a candy store when exclaiming in delight, “that’s available to us?” Coming from the world of premises contact center solutions, he had been used to each feature, function, or report that you wanted to add. “Each enhancement would either take forever to be available or was an additional module, a new license,” he said.
Agents and supervisors working at One Legal are typically in their mid-20s to early-30s, Kalaw explained, and they love that the solution is “very intuitive and visual.” One Legal has integrated the Dialpad contact center with Salesforce application and agent desktop, using Dialpad for inbound and outbound voice interactions and Salesforce for email and web ticket support. 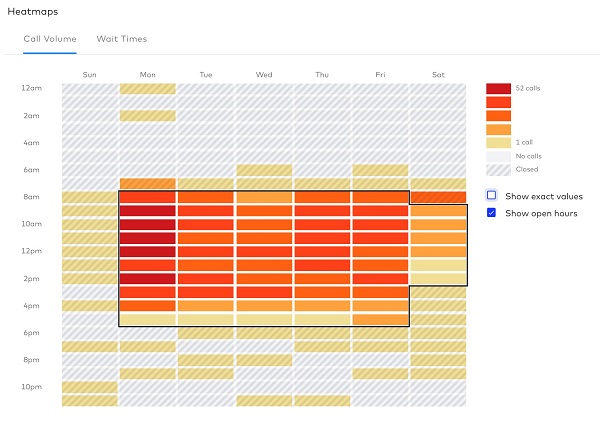 From a management perspective, ease of use, graphics, and analytics are also important. “You don't have to ask, where do I find what I need?” Instead, you have a real-time dashboard, analytics, or historical data – it’s so straightforward,” Kalaw said. I asked for an example of the way the Dialpad contact center makes his job easier. Kalaw mentioned the Heatmaps feature (shown above). Kalaw uses it to help him create a staffing analysis – in the absence of a formal workforce management application.
The built-in Vi feature allows supervisors to perform their own quality management, a program Kalaw launched just this week. Recordings and transcripts are readily available in the supervisor desktop. Finding specific coachable moments within a call can be time-consuming when you have to listen to entire calls. The Vi Call Summary allows managers to easily find those “Moments” on calls, shown on the graphic (below). 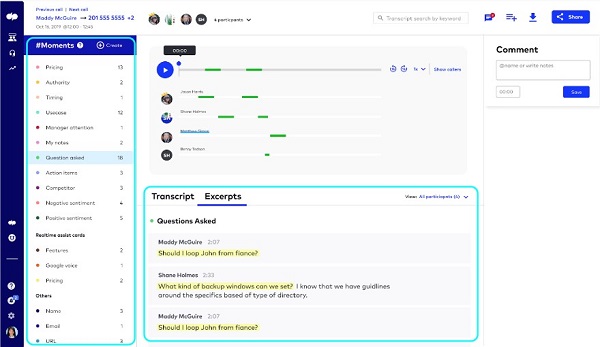 Dialpad was initially deployed at One Legal to support over 100+ UC users and about 20 agents and supervisors. The company is so happy with its Dialpad deployment, especially from a contact center perspective, that there are plans to move the new parent company – InfoTrack’s – contact center to Dialpad and create a single larger team under Kalaw’s management.
The Dialpad contact center, and One Legal’s experience, is great proof of the cloud’s value over premises solutions – especially for the small-to-mid-size contact center. In the past, these centers felt shut-out from the innovation available to maximize customer experience. Modern cloud communications suites allow companies to move with the same one-system approach they have been used to for PBX and call center with the AI and analytics bigger centers enjoy.