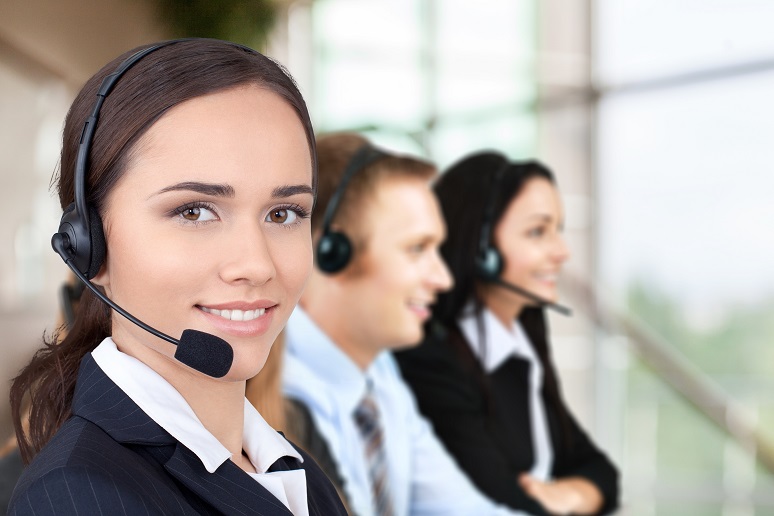 Image: BillionPhotos.com - stock.adobe.com
Leading into Enterprise Connect, taking place today through Wednesday, AWS announced new services for Amazon Connect, continuing a long tradition of making contact center news, and waves, at the event. The company also announced new statistics on the traction Amazon Connect has made in the four years since entering a market with a 40-year history and well-established leaders.
Tens of Thousands of Customers
AWS previously had reported that it set up more than 5,000 contact centers on Amazon Connect during March and April of 2020, an early indicator of the impact the pandemic had on the company’s contact center growth. Today the company reports AWS has tens of thousands of Amazon Connect customers supporting more than 10 million contact center interactions a day. Using either a conservative estimate of 250 business days a year or the more generous 365 total days, Amazon Connect is processing between 2.5 billion and 3.6 billion interactions a year, AWS said.
The number of interactions is a new statistic AWS is providing about its contact center business. Because Amazon Connect is sold by the minute, and not by agent license, the company neither measures nor reports the number of agents using the software. Interactions include voice calls as well as chats and tasks routed by Amazon Connect, an AWS spokesperson explained in a pre-briefing interview. 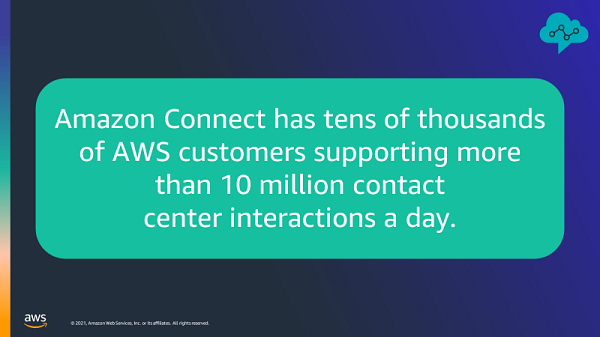 High-Volume Outbound Calling
A new feature announced today, high-volume outbound communications (HVOC), allows businesses to reach customers at scale with machine learning (ML)-powered omnichannel communications. The feature, available in preview, supports multi-channel list management for voice, SMS, and email, and includes a predictive dialer that automatically calls customers in a list. The dialer also uses ML model to distinguish between a live customer, voicemail greeting, or busy signal. AWS reports high-volume outbound communications can scale to over one million contact attempts per campaign per day.
An algorithm that tracks real-time metrics, such as outbound success rate, manages outbound call pacing, determining how many calls to make when an agent enters after-call work, the AWS spokesperson said. When an agent in both the outbound queue and an inbound queue enters after-call work, the HVOC feature will start placing calls. If a call from the inbound queue is routed to the agent before a successful outbound call is queued, the agent will get the inbound call.
HVOC is a great example of how Amazon Connect continues to mature as a CCaaS solution by adding new native capabilities. AWS leverages deep expertise in AI/ML, databases, and analytics, and more to continually innovate new services and solutions. In the four years AWS has been in the contact center market, the company has rapidly added new capabilities to Amazon Connect and the momentum has accelerated.
I’ve covered the highlights of today’s announcement, but — as they say in the infomercial world — there’s more! The Amazon Connect Wisdom feature announced in preview in December 2020 is now generally available, as is Amazon Connect Voice ID. Voice ID adds ML-powered real-time fraud detection to automatically flag known fraudsters to the list of features described previously.
To hear more about AWS and Amazon Connect, join the Enterprise Connect keynote session being delivered by Pasquale DeMaio, GM of Amazon Connect, on Tuesday, Sept, 28. at 11:30 a.m. to 12:00 p.m. ET. Get your all-access virtual pass here.