Cloud benefits are under the microscope as some people question them during challenging economic times. 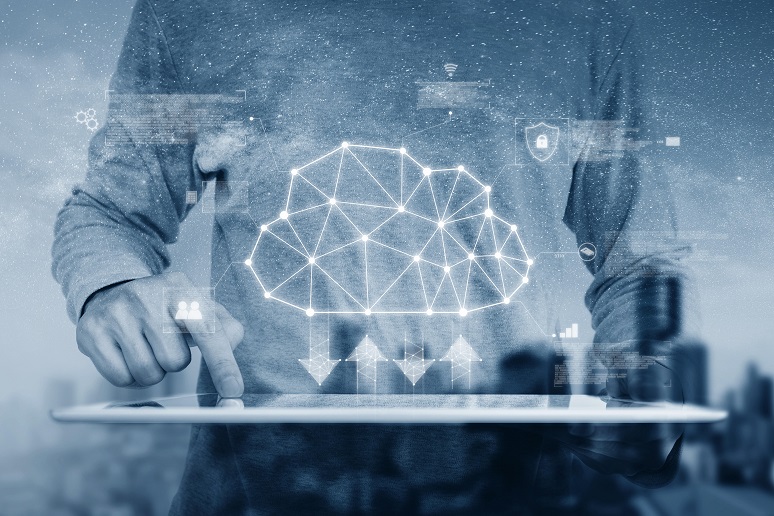 Image: Sasin Paraksa - Alamy Stock Vector
According to Wall Street and the quarterly reports filed by many top technology companies, including Amazon, Google, and Microsoft, cloud growth decelerated in the quarter that just ended. “The growth of cloud computing has slowed a bit this year,” The Wall Street Journal admitted, and most tech publications sing the same tune. Some people are now questioning whether the cloud was cheaper, as was claimed, than the data center. It may not be time to abandon the cloud, but it sure sounds like we need to look at it more closely.
Let’s start with a basic truth. If you’re an enterprise with a data center that contains hundreds of rack-mounted servers, and you’re looking at the price of running an application instance in a virtual machine in your data center versus in the cloud, the data center will be cheaper. You can get almost the same economies of scale as an enterprise as a cloud provider could achieve, and you don’t have to pay the cloud provider’s profit margins.
So, the cloud is a massive fraud? Not so fast. If you have an application, not a single instance, that has to support consumer access via the Internet, and you want to host the application somewhere, that same cloud is almost certainly going to be cheaper. Why? Because the application will need to scale to the maximum number of users expected, and providing that scalability in your own data center means buying a bunch of servers that won’t be used most of the time. The cloud’s scalability is based on resources shared across all its users, so it’s more efficient.
There is a legitimate reason to use cloud resources. The current trends toward direct online product information and sales support encourage the building of applications that have to scale significantly and so are reasonable candidates for public cloud hosting. What’s not legitimate is the often-expressed view that “everything is moving to the cloud”. What we are seeing now is proof that’s not the case.
Suppose the cloud was really cheaper, and that everything in the data center could run in the cloud at a lower cost. Here we are in an economic downturn, and yet companies are decelerating their cloud adoption. Forget savings, they say, and toss out that cheaper cloud option! Nonsense. Clearly, a cheaper cloud would be adopted more, not less, often. But suppose that the cloud’s growth depends not on overall cheapness, but on enterprises’ shifting to an online marketing/sales model. If we’re in that same economic downturn, wouldn’t it be smart to wait till things look better before we start our new online program? The result is a slowing of cloud growth.
Or suppose you’re a social media company whose revenues come from ads. Do your advertisers, seeing the threat of an economic downturn, decide to up their spending, so you can up your cloud spending? Doubtful, so what really happens is that they cut their spending, and you cut yours. Cloud providers’ revenues don’t grow as fast as a result.
The signals from the market are clear; cloud spending depends on consumers’ online activity. It’s the variation in these consumer workloads that makes an application a candidate for the cloud. If lower overall cloud costs were driving adoption, the same companies would accelerate a movement to the cloud. In fact, we’d have converted to the cloud long ago.
OK, so everything isn’t moving to the cloud. What’s the action item? For IT and network planners, including CIOs, the truth about the cloud raises two questions. First, what actually happens to applications that, instead of being run either in the cloud or data center, must now be run with a foot in both worlds? Second, if the role of the WAN is to connect the cloud piece of applications to the data center piece, what does the network of the future actually look like?
The questions here are as important as their answers. What they’re showing is that the network of the future is being framed by application software decisions rather than by things like the location of workers or facilities. As the cloud becomes the universal on-ramp for applications, how the cloud relates to workers and relates to the data center (outwards to the workers and inwards to the data center) establishes network policy.
What seems inevitable is that nearly all application access will move to the cloud, that mission-critical transaction processing and databases will remain in the data center, and that the Internet on the outside, and cloud-to-data-center connections on the inside will be the WAN of the future. In fact, the current cloud evolution could have a major impact on MPLS VPN services by siphoning traffic off VPNs and onto the Internet.
The impact on application design and data center hosting could also be profound. Most core business applications were designed to include the user interface, which is now shifting to the cloud. As the GUI migrates, so would processing and data more related to the user experience than to transaction processing itself. On the surface, this could threaten data center spending, but 2022 earnings data suggests that much of the GUI migration has already occurred, and the data center has been a bright spot in tech spending so far.
Is the basic value of the cloud under threat? No, the coverage of the cloud is what’s questionable. We’ve accepted facile views of cloud benefits that never had any basis, and we’re now struggling to understand the real benefits of the cloud. Cloud benefits are more complicated, so they take more than a few soundbites to communicate. The moral here is that the cloud, as it gets more pervasive, mature, and advanced, also gets more complicated, and we have to accept it will take some effort to deal with that. Once we do, then the real future of the cloud will become clear.