Bringing the Phone Number to the Cloud

With some work, the phone number can be made more dynamic and more intelligent -- before it is finally eclipsed.

In my previous No Jitter article, "WebRTC and Contextual Identity on the Web," I examined the potential role that phone numbers can play as universal identifiers for next-generation online voice and video services (e.g., WebRTC-based solutions). Although many speculate that the phone number will become obsolete (along with the dial pad) within the next few years, it is still ubiquitous and strongly anchored in today's telecommunications systems. However, it needs to be adapted to the ever-changing online world.

Even with the emergence of email addresses, Skype IDs, and Facebook addresses, the E.164-formatted number designated in the international public telecommunication numbering plans is still the most interoperable and universal identifier we use to date. Most people have one, and it is often linked to a viable amount of information about the owner, including sensitive information like a home address, billing info, government or healthcare IDs. Moreover, unlike online identifiers, the phone number is portable. In many situations, this means users have the ability to keep their identities consistent when changing carriers.

Why Fix It If It Ain't Broke?
If the phone number is as universal as I claim, why even bother arguing about its relevance or its design?

The ways we communicate have radically changed with the introduction of smartphones, yet the phone number hasn't evolved like its hardware counterpart has. You still have one connected to your smartphone, right? It is still relatively "dumb." Society's approach to the phone number has grown into a love-hate relationship. 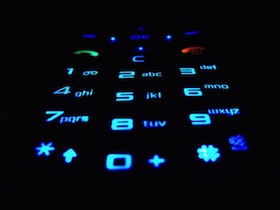 For example, phone number portability does come with a few limitations. If you move to a new country, you need a new number and your identity essentially becomes fragmented over many numbers, carriers, and countries. Getting a phone number can be more difficult than obtaining a common online identifier, like a Facebook login, since doing so usually requires a physical address, too. Most importantly, remembering someone's phone number is more difficult to do than recalling first names or business names. When we want to call someone, we do not type in a phone number. Rather, we look up a name in our contact list.

Though there have been many initiatives for bringing the phone number to the Internet such as SIP trunking, which is Voxbone's area of expertise, and the E.164 Number Mapping (ENUM) standard, the phone number is not bound to last very long with respect to our technological advances and Moore's Law. Smartphones are rapidly turning into smart devices of all kinds, and we are developing more advanced human-computer interactions that will not work using complex and obsolete identifiers. Yet, there is no doubt that the phone number is still on everyone's mind today. As the phone number heads to a darker future, work on some things can help make it more dynamic and more intelligent before it is finally eclipsed:

Issues With Bringing Phone Numbers Online
Though bringing the phone number to the age of the cloud seems appealing, we will need to tackle some important issues. LinkedIn has stopped providing its users' phone numbers through API requests for obvious reasons. Spamming is a big concern, especially with the emergence of full browser communications systems like WebRTC and the opportunity to automate calls.

Are we ready to receive the same amount of spam on our phones that we receive over emai? Clearly, security and anti-spamming mechanisms will have to be thought through very carefully. Facebook is already tackling the trade-off between being able to be contacted by anyone while keeping them safe from spamming.

I'll leave you with a few questions: Though it is ubiquitous, should the phone number still be relevant today? Even if we were able to successfully port its use to the cloud, would that actually fix the problem we have with the phone number's stiffness? Would there be a more ubiquitous way to identify people both online and offline? Maybe the solution is to tackle the interoperability among the different identification silos instead of choosing one universal identifier. Initiatives like Matrix.org are dedicated to tackling this scenario by providing a framework that all service providers can implement to provide identity and hence service interoperability. Your thoughts?