Moving Forward, Past the COVID-19 Malaise

As we all live out our own version of the movie Groundhog Day, we need to start thinking about how we bring the economy back to life and the role technology plays in it. 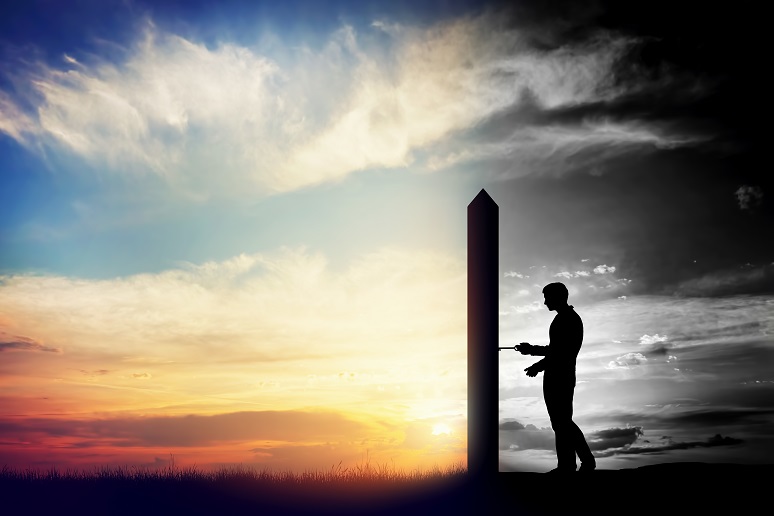 Image: Photocreo Bednarek - stock.adobe.com
For the first time in our lives, major portions of the U.S. economy are shutdown. While COVID-19’s impact on the gross domestic product will be record-setting, there also seems to be a psychological malaise that has impacted even our own normally hyperenergetic industry. Even those of us accustomed to working from home are being anesthetized by the repetitive daily routines imposed on us by the requirements of social distancing.
The one positive I have seen emerge is a sense of shared sacrifice sweeping the U.S., the like of which we haven’t seen since September 11. While there are a few widely reported incidents of irresponsible behavior, overall, the country’s response to the pandemic has been a sense of shared purpose that we all have to band together to beat this thing back — day by boring day.
People seem resolved to the fact that the pandemic is something we’re going to be dealing with for some months to come. On my infrequent trips to the supermarket, I share comical complaints with the other shoppers, but everyone I meet seems to show the same resolve. We’re all going through the same things for the same reason, and in the end, it will be worth it.
A larger part of that endurance comes from the recognition that while we are all enduring an extended inconvenience, there are people on the frontlines who are bearing the brunt of this pandemic. I’ve also talked to a few people who have had “mild” cases of COVID-19, and I can assure you, what they went through didn’t sound “mild.” The willingness for doctors, nurses, and other healthcare workers to take the chance of contracting the disease, or worse yet, bringing it home to their families takes guts. The rest of us have no grounds to complain.
A Connected, Global Economy
In the meantime, the American economy isn’t producing. Before the pandemic, our economy was operating at a level of activity the likes of which we have rarely seen. Unemployment had dropped to 3%, negating the idea that unemployment rates could never fall below 5%. Now, the volume of unemployment claims testifies to the suffering many families face.
The rapid shutdown demonstrated how intricately interconnected our global economy really is. Many No Jitter readers are involved in this providing the communications and computing capabilities that enable this level of production. Building products today involves an intricate ballet of designers, suppliers, subassemblies, with components sourced worldwide and shipped to a final assembly point. However, this was not a machine that was designed to be turned off.
As the economy reorganizes, we are finding structural inefficiencies even in the essential industries that are continuing to operate during the shutdown. Farmers are dumping milk and other products because of an unprecedented drop in demand linked to school and restaurant closures. For restaurants, many can't easily make the switch to selling packaged products/groceries to consumers, and there is no demand for eating meals in crowded places. And who would have thought that Zoom would become a household name!
While the Zoom phenomenon is unprecedented, millions of people are suddenly coming into contact with the technologies we deliver for the first time. Companies that had work from home contingency plans got a great opportunity to test them, and the rest learned how to develop them on the fly. It will be interested to see if organizations that had implemented team collaboration tools fared better than their counterparts.
Getting Back to Business
As the long-awaited apex seems to be arriving in my home state of New York, we are calling one pandemic, but it’s actually thousands on mini-epidemics that have popped up throughout the country, progressing along their own timelines. As a result, we are realizing that the coveted “return to normalcy” will come in fits and starts.
However, I put my greatest hope in the American psyche. It’s consumers who drive our economy, and there will be an enormous pent-up demand for something outside of sitting around the house. People are concerned, but they aren’t beaten. We have dulled ourselves sufficiently to peddle along during our sustained malaise, but we haven’t gone to sleep. Most importantly, we haven’t lost what it is to be American.
Americans work (probably harder than we should a lot of times), we don’t do well sitting home playing board games. Even if we like board games, we’re pretty much sick of them by now. The longer we sit idle, the more annoyed we may get by the state of affairs, but you can be sure that no one is talking about quitting. As companies that have been dormant start to come back to life, many of us will face business challenges the like of which we haven’t seen before — bring it on!
It might take years before business activity returns to levels that we saw prior to the pandemic, but it will return. Citizens have done a great job filling their roles during these unprecedented events, even though for many of us that has meant sitting home killing time. And leaders are doing their best to plot a course back to normalcy (whatever that looks like in the post-pandemic world). The real engine that will bring us back is the will and spirit of the American people. Having watched how our country has shouldered its responsibilities through all of this has been encouraging, though many have suffered to the extreme.
My advice: be safe, soldier on, and get ready for the fight. We will be back, and we’ll be back stronger and smarter than we were before. It’s all we know how to do.

Both have launched free and paid technical skill-building programs, but what impact will this have on traditional education?

As IT professionals adjust and make new business continuity plans, there are many opportunities to lead in shaping the future.

What’s Up with 5G for the Enterprise?

Get the latest on 5G, from private cell networks to UC&C/team collaboration integration and beyond, this month at EC20.