AWS Gives Alexa a Voice for Your Business

Introduces a fully managed Alexa service, ties in a variety of integrations for communications and collaboration.

As consumers, Amazon wants our business, whether we're buying books or organic bananas. As enterprise communications professionals, Amazon Web Services wants a place at our table... or, I should say, "on our table."

As announced today at AWS re:Invent, Amazon has launched Alexa for Business, a fully managed service aimed at allowing companies to deploy Echo devices at scale throughout the workplace. Improved meeting experiences is a primary target, and as such communication and collaboration integrations featured in the platform's debut. 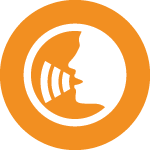 From the keynote stage at re:Invent, Amazon CTO Werner Vogels rattled off a variety of UC&C-related companies that will play in the Alexa for Business ecosystem with promised integrations... Cisco, Crestron, and Polycom with their in-room conferencing systems, RingCentral for its cloud-based meetings, Microsoft for Office 365 and on-premises Exchange servers, and Google with G Suite, for example.

We can take a look at the RingCentral Meetings for Alexa for Business integration (that's a mouthful!) as an example of what AWS has in mind for how voice control will play in the conference room. The integration will start off with enablement of simple voice commands, David Lee, VP of platform products, shared in a briefing. Users will be able to ask Alexa to launch scheduled meetings, start on-the-fly meetings, and end meetings, he said. The Amazon for Business management service will map Echo devices to RingCentral Rooms systems for the assignment of Alexa Skills such as these.

"This is designed to be 'public use' in the sense that Echo devices will be assigned to conference rooms by the IT department. The in-room Echo device will understand the calendar system attached to it -- this room has this meeting at this time," Lee added.

For voice-based commands outside the meeting room, RingCentral is integrating Alexa Skills with its communications app so that users will be able to ask Alexa to do things like play back and respond to voicemails; send and check SMS messages; and place outbound calls and send SMS messages, as announced last month.

Besides being able to configure conference room settings, IT will be able to use the managed Alexa for Business service to do things like provision and manage shared Alexa devices, enable Alexa skills on an individual user and user group basis, and build custom skills through Amazon for Business APIs.

It doesn't seem so long ago that I wrote in this space, "'Alexa, When Will Voice Interfaces Be Enterprise-Ready?'" That was a question I asked in January, leading into Enterprise Connect 2017. I can't say that I foresaw that AWS would get truly serious about delivering an answer within the year -- and not just for users but, more importantly, IT.

But the power of voice isn't to be ignored, as Vogels said during his keynote. "It's the natural way of interacting with your systems, ... [and] it's the first disruption by the deep learning capabilities of the tools we're giving you."

AWS and its partner ecosystem certainly isn't alone in this belief. And we're in the early days, of course -- and certainly I know that the availability of Alexa for Business is not the same as voice interfaces being ready for the enterprise, per my earlier question. But when AWS puts its voice to a cause, we've got to listen up.

We'll likely have the chance to hear more of what AWS has in store for the workplace from the keynote stage at Enterprise Connect 2018 in March. And surely we'll be seeing all sorts of voice interface and other speech technology demos on the exhibition floor, while over in the conference hall we'll be diving into the idea of the artificial intelligence-enabled conversational interfaces and other speech technologies. We've even added a Speech Technologies track for 2018, and will be highlighting speech technology companies in the 2018 Innovation Showcase.

If you want to learn more about the future of conversational interfaces and speech technologies, join us at Enterprise Connect 2018, March 12 to 15, in Orlando, Fla. Register now using the code NOJITTER to save an additional $200 off the Advance Rate or get a free Expo Plus pass.