Esna, a 25-year-old Canadian firm, has evolved over the years from unified messaging into a cloud integration platform. Along the way, it has amassed numerous technology partnerships and alliances. As of today, Esna is a wholly owned subsidiary of Avaya. Avaya did not disclose terms of the deal, but said it has acquired all of Esna assets, employees, channel partners, and intellectual property. 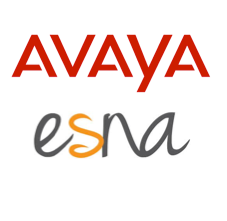 This announcement is one of several this month that indicate how UC providers are extending their focus from multimodal communications to integration platform. The concept of enabling applications and processes with communications certainly isn't new, but it has played second fiddle to the UC mantra of work anywhere, anytime, on any device.

Here's a quick list of other major UC integration moves made this month:

Esna already integrates with Avaya Scopia Desktop, and Avaya said that next month it intends to release a new Esna-powered browser extension that integrates Avaya IP Office with Google, Office 365, and Salesforce.com. In addition, it plans an integration to Aura for later this summer, and aims to integrate Esna's services into its Engagement Development Platform.

A Web-based, thin-client architecture streamlines integrations. As Gary Barnett, SVP and GM of Avaya's Engagement Solutions business unit, wrote in a blog post today, "It takes roughly seven clicks to move from the business application to communicate as desired, ... [which is] disruptive to collaboration, stifles engagement and impedes progress." With Web integrations, collaboration takes just a few clicks.

For example, with the Esna/Scopia integration, initiating a video conference from within Google Apps takes just a few clicks, with one-click scheduling of Scopia conferences from within Google Calendar. Esna also enables all this from low-cost Chromebooks, which are less expensive than either the PC or phone they could replace.

Google Apps are the primary alternative (and complement) to Microsoft Office. Google Apps are particularly strong in SMB, government, and education sectors.

While Avaya still supports the Microsoft suite, it is positioning around an alternative (opposite) narrative that is highly integrated but uses thin-client apps, cloud-based applications, and inexpensive, cloud-ready workstations.

Cisco previously directed customers to Esna for integrating its UC and video solutions to Google, Salesforce, and Jive. Esna offers specific products for WebEx, Jabber, and Telepresence, and Cisco directly distributes them via the Cisco SolutionsPlus program. Presumably, Cisco will now need to find a replacement go-to-market partner. Avaya-Esna will continue to support the installed base.

Esna's solutions are integrated with many other UC platforms including those from Mitel, ShoreTel, and Alcatel-Lucent Enterprise. Esna claims a customer base of more than 10,000 companies and a channel network with 200-plus partners.

It is nice to see the industry focusing more on integration. Communications-enabling business processes and applications was part of the original promise of VoIP and UC; however, it's the cloud that will make CEBP reign. The next phase of UC will be all about integration. Get ready for: Collaborate from anywhere, anytime, on any device, in any app.

Dave Michels is a contributing cditor and analyst at TalkingPointz.