Avaya 2.0: View from Inside

New CEO shakes things up to drive innovation, as I learned in a conversation with top executive.

By now it seems clear that Avaya will successfully emerge from Chapter 11 in the foreseeable future. Whether that will be six weeks or three months remains to be seen, but the company is not waiting until the last signature is on the final document to start building Avaya 2.0.

Earlier this week in the No Jitter post, "Catching a Glimpse of the New Avaya," my colleague Dave Michels provided an external perspective of the changes already visible at Avaya based on its presence at GITEX 2017 in Dubai. Michels alluded to the fact that leadership and organizational changes beyond a new CEO, Jim Chirico, were underway.

Today, during an all-hands meeting, Avaya officially communicated some of these leadership changes to employees. As Michels mentioned, Chirico has designed an organization with fewer direct reports. Whereas prior CEO Kevin Kennedy had 13 executives reporting to him, Chirico will reportedly have just seven. 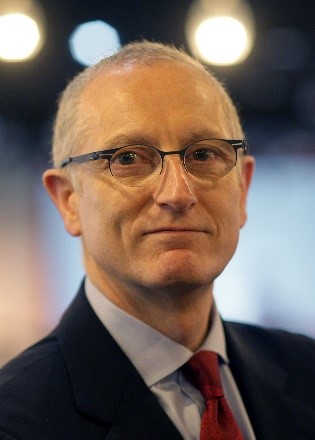 In a conversation with one of these executives, Laurent Philonenko, I had the opportunity to discuss what the new organizational structure is designed to accomplish. Until this week, Philonenko had been Avaya's SVP of Corporate Strategy & Development, as well as CTO. In Chirico's Avaya, Philonenko's role has expanded significantly under the title SVP, Solutions and Technology.

Most significantly, Philonenko will be assuming responsibility for Avaya's customer engagement, team engagement, and mobile engagement portfolios, which previously had been under the management of Gary Barnett. In addition, Philonenko assumes responsibility for the Emerging Products and Technology (EP&T) group, a global business division focused on advanced applications. These include first-of-a-kind customer deployments of emerging technology solutions such as social media interactions, contact center analytics, mobile and video customer service, and large-scale enterprise integrations.

While EP&T has created some great solutions, it wasn't able to productize them. By bringing product management and EP&T together, the hope is to concentrate resources on projects that can be more quickly made generally available, Philonenko said.

Philonenko went on to say that marketing, until recently centralized under former CMO Morag Lucey, will now be aligned with sales and the technology and solutions organization.

The professional services organization will also see changes. "Professional services won't be about stack and rack and install. It's going to be more consultative. That is a transformation we need to make. We need to add more value to our services to make them higher level and more solution-oriented for our customers," Philonenko told me.

As is true for other companies in the enterprise communications space (Unify, Mitel, Alcatel-Lucent Enterprise), the new Avaya is more committed than ever to creating vertical solutions. Jean Turgeon will lead these efforts. Turgeon, known as one of the key leaders for the Networking Business sold to Extreme Networks earlier this year, has over the past few years been focusing on complete solutions. In Avaya 2.0, Turgeon, as VP & Lead Technologist, SDx, Digital Transformation and Evangelist, will head a digital transformation team. The organization is working on creating vertical-specific solutions. The initial verticals Avaya is concentrating on are healthcare (headed by Tara Mahoney), public safety (headed by Mark Fletcher), financial services and hospitality.

As for the Zang business, Philonenko told me that Avaya is in the process of creating a cloud-specific unit of which Zang would be part. That organization will be led by an executive reporting directly to Chirico, not himself, Philonenko said. Avaya has not yet named its top cloud executive, who will most likely come from outside of Avaya.

When asked the rationale for a separate business unit dedicated to cloud, Philonenko frankly admitted that in the past Avaya had not placed enough emphasis on cloud. This organizational change, elevating cloud to a C-level organization, will allow the level of focus required to catch up with the market (my phrase, not Philonenko's).

That Chirico is doing more than changing the organization structure became clear in my conversation with Philonenko. Rather, his intent is to bring relevant innovation to market.

A good example is the Happiness Index, a sentiment analysis tool built on blockchain that Avaya announced and demonstrated at GITEX. "By applying blockchain, data analytics and artificial intelligence on different data profiles and sources, we have built a globally unique solution that allows large organizations to measure and manage sentiment for every single one of their customers, as it happens," Philonenko said in a related press release. The unique attribute is blockchain, which Philonenko explained helps build the "trust relationship" required when data from different sources is consolidated and analyzed.

I'm reminded of the oft-repeated quotation (origin unknown): "The definition of insanity is doing the same thing over and over and expecting different results." Regardless of who may have said it, Chirico seems to be a believer. He's changing things up, putting new people in charge, and expecting a better result.

Editor's Note: This article has been updated since original posting.