UCaaS provider Vonage this morning announced it has acquired TokBox, a Telefonica subsidiary, for $35 million in cash. As one of the leading WebRTC video API providers, TokBox will complement Nexmo, Vonage's communications platform as service (CPaaS).

As I wrote back in May 2016, Vonage acquired Nexmo to move into the CPaaS market. Nexmo's strengths lie in the areas of calling, SMS, and social messaging, with no video capabilities whatsoever. But with video, particularly mobile video, increasing in popularity given the simplicity of consumer applications such as Apple FaceTime, Vonage was left with a hole in its CPaaS portfolio. TokBox fills the video void, and enables Vonage to address a wider set of customer needs. 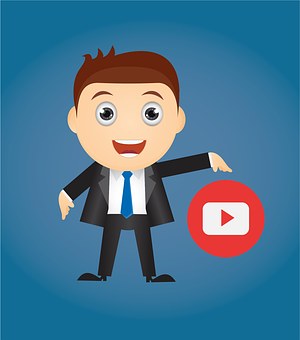 TokBox expands Vonage's total addressable market for the Nexmo CPaaS. IDC has pegged the video PaaS portion of the overall CPaaS market to be $1.7 billion by 2020. I believe this is a conservative number. Over the past five years, video has seen strong adoption, primarily as a standalone application. But users are much more likely to use video if they can just tap to video chat with their financial advisors, doctor, professors, or whoever else they'd like rather than having to leave the apps they're in and switch to a dedicated one. TokBox facilitates this tap-to-video capability by enabling video to be embedded into applications for retail, telehealth, higher education, financial services, and many other use cases.

Say I'm in a video call with a financial advisor regarding some questions in my account. If video isn't an embedded feature, I'd need to constantly be flipping between the two applications to get dates, transaction times, or other relevant information. If video is an integrated feature, I'd see everything on a single screen.

One of the lessons I've learned is that the barrier to get people to try video is high, but once they do try it, usage begets more usage. The ability to build video into apps lowers the barrier to entry so usage and growth of VPaaS should accelerate.

Vonage has been on quite a roll of late. It recently announced the release of Vonage Business Cloud; its team messaging application, Flow; and now Tokbox, giving it a hat trick of needle-moving news this year alone. The Vonage led by CEO Alan Masarek, who joined the company in late 2014, has had a nice mix of acquisitions and home-grown innovation to fuel product growth, and financial results speak for themselves. Since acquiring Nexmo, for example, Vonage has seen its stock price more than double. The addition of video via Tokbox should fuel another growth wave of growth for a company that I believe is the most undervalued of the publicly traded UCaaS providers.