Communications platform as a service is creating a rising tide, which Vonage can now ride into its cloud-focused future.

Vonage this morning announced that it has reached a definitive agreement to acquire cloud communications platform provider Nexmo for $230 million. 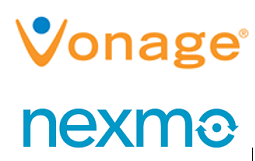 While Twilio has managed to grab the communications platform as a service (CPaaS) spotlight, Nexmo has quietly been building a strong business for itself, too.

Founded in 2011 by CEO Tony Jamous and CTO Eric Nadalin, Nexmo has established a competitive differentiator with its messaging API, particularly with international customers -- two-thirds of its revenue comes from outside the U.S. Nexmo has a large, global network of 650 interconnected carriers to deliver SMS messaging across the globe, and the company has offices in London, Hong Kong, and Singapore. Vonage should be able leverage these to help it expand globally.

Besides that initial messaging API, Nexmo offers a voice API that enables two-way voice, a phone verification API, and a chat app API that helps enterprises build conversations with consumers via popular chat apps like Facebook Messenger (see related post, "The API Is Crucial -- But Not Just Any API").

Nexmo earned $61 million in 2015, and is expected to do about $90 million in revenue this year. Based on my calculations, that revenue amount should easily make Nexmo the No. 2 CPaaS provider by revenue, behind Twilio, and enable Vonage to play in the fast-growing communications-enabled applications market.

Jamous, Nadalin and the rest of the 165-people Nexmo team will become part of Vonage. Jamous will be president of Nexmo, a Vonage company, and report directly to Masarek. This structure should ensure that Nexmo can continue to have that laser focus on the needs of developers.

Realizing the Vision
The vision of communications-enabled applications has been around for well over a decade. In fact, in the last article I wrote for No Jitter's predecessor, the old paper magazine Business Communications Review, I discussed how users didn't want more applications but would rather have more features built into the applications they already use. The market, however, has been slow to evolve toward that goal.

For one, the cost required of having a developer rack and stack a bunch of infrastructure had created a high barrier to entry. Another reason for the sluggish move toward communications-enabling applications was that most of the early developer environments were geared towards telecom professionals who wanted to be developers. Instead, what we needed was a focus on developers who want to build cool apps that included communications functions.

Fast-forward a decade and enter CPaaS, which lets developers access APIs in the cloud with no requirement for having to buy and maintain on-premises hardware. In addition, CPaaS providers recognize that the tools, languages, and APIs they offer need to be those that modern developers use.

Nexmo, Twilio, and a bunch of other startups, including Plivo and Tropo, initially fueled the CPaaS market. But over the past couple of years the industry has seen a flurry of activity from more traditional infrastructure vendors: Genband launched Kandy in September 2014, Cisco acquired Tropo almost exactly a year ago, and Avaya built out Zang.io, announced in March, from its acquisition of TelAPI.

As a group, UC as a service providers (UCaaS) have been noticeably absent from the CPaaS market. RingCentral is currently the only UCaaS provider I'm aware of that also has a CPaaS offering, but the company has done little marketing of the service and I believe the revenue contribution from it is negligible. The Nexmo acquisition is interesting because it brings together the market leading UCaaS vendor by revenue, based on reported figures, with the No. 2 CPaaS provider.

King of Cloud
The acquisition also moves Vonage CEO AlanMasarek closer to realizing his goal of making the company the clear leader in cloud communications, a vision he shared when joining the company about two years ago. Since then Masarek has taken a roll-up approach and acquired iCore Networks, SimpleSignal, Telesphere, and gUnify to create variety of high-quality solutions to meet the needs of large enterprises (Vonage Premier), SMBs (Vonage Essentials), consumers, and now with Nexmo, developers.

The acquisition is well timed: While the UCaaS market has seen a slowdown in the past year, CPaaS is just starting to take off. My firm, ZK Research, sized the CPaaS market at a little over $400 million in 2015, and forecast it to hit $8.1 billion by 2019. IDC has forecast CPaaS to hit $8 billion by 2018, according to IDC data Masarek cited during the earnings call. Whether 2018 or 2019... it doesn't really matter. The point is that CPaaS will create a rising tide, and Vonage will be able to ride that now.

Nexmo also enables Vonage to better go to market around the digital trend. Most of the business and IT leaders I have interviewed with respect to digital plans believe that leveraging mobile device is the key to competitive differentiation. Nexmo enables application developers to build contextual, real-time communications integrated into mobile applications. Being digital means being mobile-first, and Nexmo gives Vonage the platform to address this transition.

In the UC industry, we discuss communications-enabled applications, but Nexmo actually enables the integration of applications into communications tools. The company's chat API creates a single interface into global chat platforms so a business can communicate with customers using WeChat in China, Viber in Russia, and Line in Japan, for example. Late last year, Nexmo added Facebook Messenger to this API. It's hard for me to explain how this works. A better approach is to watch this video showing how KLM can use Facebook Messenger as a way of interacting with its customers instead of through a mobile application.

From a business perspective, I mentioned how Vonage can leverage Nexmo's global presence to expand its UCaaS services globally. It also can now take the CPaaS offering to its 70,000 business customers, as well become a more strategic service provider with a much stickier product than over-the-top communication services.

Masarek's goal when he took the helm of Vonage was to create a company that could lead the cloud communications industry. Bringing UCaaS and CPaaS together not only creates a unique offering Vonage can use to meet the needs of businesses today but also gives it a platform for building differentiated digital applications to meet the needs of a tomorrow that's descending upon us faster than most people realize.

Six examples of how new forms of voice make the communications pie bigger.