Why Did Vidyo’s Bubble Burst?

Once high flying in a hot market, this video software provider ended up selling for roughly two-thirds its value. 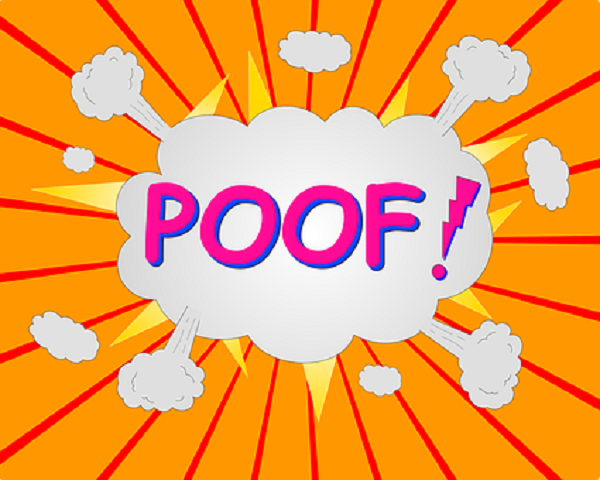 Enterprise software provider Enghouse Systems earlier this month announced it has acquired Vidyo, a video conferencing software provider.
Industry watchers shouldn’t have been surprised by the acquisition, given rumors that the company had been struggling. But the purchase price, a paltry $40 million, was a shock -- that’s only two-thirds of Vidyo’s annual revenue of $60 million.
So how did this happen?
Since it was founded, Vidyo had raised more than $170 million in funding -- and about five years ago had a massive coming-out party at Enterprise Connect. Cisco bought one of its rivals, Acano, in 2015 for $700 million, and it seemed Vidyo was fast-tracking to be one of the major video software providers.
How did a company that had so much promise in a rising market get sold in what amounts to a fire sale?
Since the acquisition, I’ve talked to a number of industry insiders, including partners, competitors, and former Vidyo employees. Based on what I’ve gleaned from those conversations, here are four issues I believe contributed to this burgeoning unicorn turning into a pumpkin:
1. Failure to see market trends. Vidyo came to market with stunning, crystal clear video conferencing. I recall its first booth at Enterprise Connect; it had video of all kinds on display. Mobile phones, tablets, big screens, computers, laptops… whatever device in use, Vidyo delivered scintillating video of unparalleled quality. Its competitive advantage was its codec. That was fine for its initial go-to-market entry, but keeping its edge turned next to impossible -- competitors catch up on quality, as they all did in this case. Many Vidyo insiders wanted to head down the cloud path or even into Vidyo rooms, but management thwarted any attempt to divert away from the codec, my sources told me.
It’s worth noting that except for Pexip and Polycom (now part of Plantronics, renamed Poly), all other independent video infrastructure providers,are gone or have exited the business. Pexip’s unique distributed architecture gives it better than a puncher’s chance of being around for the long haul. Polycom is currently the number two infrastructure vendor but has adjusted its strategy to interoperate with cloud providers.
2. Difficult to work with. There’s not a single person I talked to who didn’t echo the sentiment that working with Vidyo was very difficult. If video is ever going to be “just like making a phone call,” it’s going to require all the vendors playing nice in the same sandbox, and that wasn’t Vidyo’s modus operandi. Multiple people told me their companies tried to partner with Vidyo and were basically told it was its way or no way. Also, Vidyo often made it prohibitively expensive to license its technology. Companies need to realize that often being open and willing to work with others creates a rising tide that’s good for users, which in turn is good for the industry.
3. Overvalued itself. Over the years, Vidyo has had many suitors. Rumor has it that around the time of the Cisco-Acano deal Vidyo had been offered up almost $1 billion, but it opted not to sell. The executive team apparently pushed for more than $1 billion, and couldn’t get the buyer to strike the deal. I know over the years that Vidyo has entertained other offers, as well -- for much more than the $40 million the company got from Enghouse Systems. Here’s where ego gets in the way of understanding what a fair deal is. It appears that eventually all the possible suitors fell away, and Enghouse got a sweet deal at $40 million.
4. Inability to find a second market. On-premises video made Vidyo famous. When that market started to slow down, so too did Vidyo’s business. The company chose to go down the route of re-architecting the platform for healthcare. Part of this was driven by the favorable regulatory changes that make it easier for healthcare facilities to get paid by insurance companies when conducting appointments over video. The idea was a good one, but the execution was poor and the company continued to stumble. More recently the company launched its own video platform as a service (VPaaS), but that failed to take off. While the company has issued a number of press releases involving healthcare facilities and API successes, the valuation doesn’t support success in any area. One source estimated that about half of Vidyo’s revenue comes from the licensing of its patents on technologies such as H.265 and H.264.
If Vidyo had shown sustained success in either area, and particularly with VPaaS, the valuation would have been significantly higher. Consider that Twilio is currently trading at about 26 times revenue, and you could extrapolate that $2 million in VPaaS revenue would have exceeded the $40 million purchase price at the same valuation.
The rise and fall of a company is something that’s happened before and is likely to happen again. It’s a good reminder to all small companies to not get so in love with a single product or idea and always be willing to disrupt yourself before someone else does. As for customers, the acquisition by Enghouse should end up being good for them as the company can probably use Vidyo’s technology in other products and put more money into R&D.
The video market has matured, and it’s easier than ever to deliver high-quality video conferencing. These trends are driving consolidation and making it easier for new vendors to rise. Zoom Communications appeared out of nowhere, and following its IPO last month now has a valuation of more than $20 billion (although that’s likely to come down). Next on my watchlist for acquisition is BlueJeans, in the next year or so, as the consolidation continues… but that’s a story for different day.