Issues like video interoperability take on a new form with hybrid work, as end users demand simplicity and ease of use. 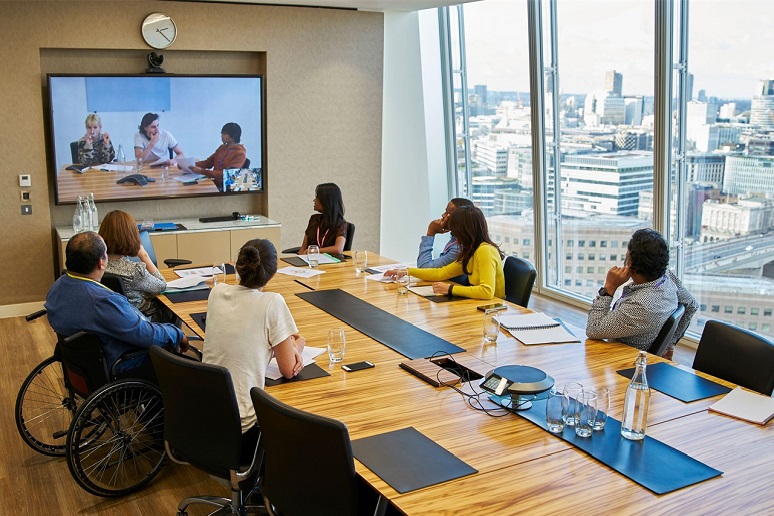 Image: Fredrick Kippe - Alamy Stock Photo
It was a simple comment entered into the chat window for one of the sessions in this week’s Enterprise Connect digital event. The session was about meeting room video interoperability, and the comment from an IT person summed up the goal: “Users just want to walk into the room and start their meeting (that is scheduled in the organization’s system). They don’t want to have to think about it (nor should they).”
Users can certainly be frustrated by the lack of interoperability if the meeting rooms have different vendors’ systems. Session presenter Jim Kelly detailed some significant progress in the last few months as the vendors have begun to work on the problem, but there’s clearly a way to go. And we don’t know how far they will go, given the way vendors tend to see true interoperability as a threat to their differentiation and value proposition.
Enterprises need to keep pressuring the vendors on meeting room interoperability, but in the meantime, the comments during our digital event session also showed that IT/communications teams also need to make every effort to train the users who are now (in some cases) returning to offices that are equipped with upgraded room systems.
Employees who haven’t been in the office for over two years may recall a meeting room experience that routinely was clunky, non-intuitive, and often required lots of informal “troubleshooting” from well-meaning colleagues with various levels of actual expertise on the technology then being used. Over the years, the old clunky systems went from being delivered by A/V specialists to something that even end users could set up in some cases. Videoconferencing vendors had made strides in improving ease of use before the pandemic hit, but video usage in general wasn't ubiquitous as it is today, so ease of use was a differentiator, not yet an absolute must-have.
Flash forward to 2022, and after a couple of years of working from home, everyone is used to videoconferencing interfaces that are pretty simple to navigate, and they expect that simple desktop experience to be the same when they settle into the office conference room. But even with intuitive interfaces, IT still needs to ensure users know how the system works. “End-user training and ease of use is a top priority. If the user can't get their meeting started, they won't use the rooms,” one commentator wrote in the digital event session.
One reason they won’t use the rooms is that they likely have an alternative in the form of their desktop. Pre-pandemic, if a meeting was scheduled for a video-enabled room, you pretty much had to be in the room to participate. Now, if issues arise getting the room video running, everyone can disperse to their desks and dial in from there. No one wants to spend the first five or 10 minutes of a 30-minute meeting just trying to get the system to work, and those on the other end of the call will get impatient pretty quickly as well.
Whether it’s videoconferencing, UCaaS, or any other communications system, getting users trained on the technology and understanding its benefits is more important than ever. It’s a theme we’ll be coming back to at Enterprise Connect 2023 the week of March 27 in Orlando — for which registration is now open! We’ll be rolling out the full event website and the lion’s share of the Conference program very shortly, so keep an eye out — it’s going to be an incredible event.
This article first appeared in the Enterprise Connect newsletter, delivered every Thursday to your inbox. To stay on top of the latest enterprise communications insight and news, make sure to sign up for the newsletter today!