The New Work Paradigm: We Need More Consistency In UCaaS

Find out why the post-pandemic world will have newfound demand for SaaS, and more specifically, UCaaS. 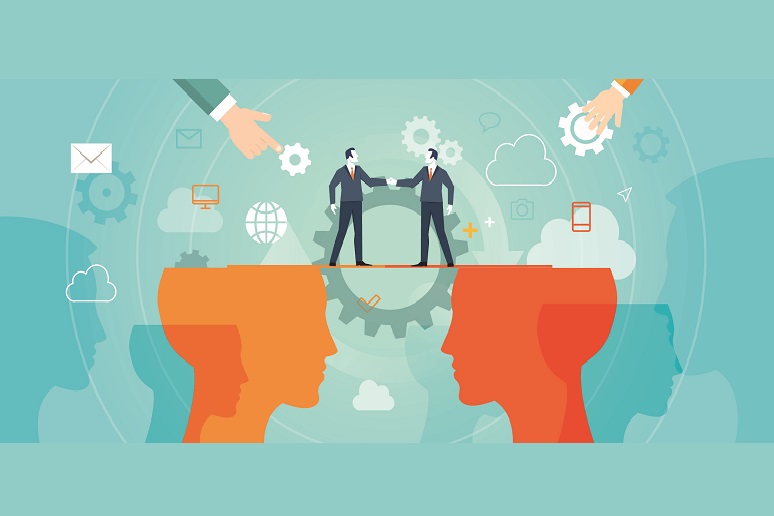 Image: Julien Eichinger - stock.adobe.com
When the world recovers from COVID-19, the work-from-home policies companies have put into place during the crisis will leave long-lasting effects. Enterprises have embraced unified communications as a service (UCaaS) to support apps like Cisco Webex, Zoom, Microsoft Teams, and RingCentral. They’ve also learned that providing enterprise communications via the cloud requires an agile network infrastructure powered by software-defined wide area networking (SD-WAN). Evidence in, my research shows that almost 70% of SD-WAN deployments are driven, at least partially, by UCaaS.
UCaaS is designed for distributed workforces and is ideal for companies that want to scale their communications and collaboration apps as needs or staff requirements change. With higher demand for remote work technologies during COVID-19, UCaaS has allowed businesses to expand quickly without complex configurations or extending on-premises solutions through VPNs.
UCaaS comes with certain limitations when implemented over traditional WANs, which aren’t designed to support real-time communications in the cloud. UCaaS requires a network infrastructure that can provide quality of experience (QoE), security, and reliability—all of which SD-WAN can deliver.
While there are many SD-WAN solutions on the market, businesses deploying UCaaS should look for one that’s flexible, intended for both hybrid and multi-cloud environments, and works over MPLS, broadband, cellular, satellite, or any other transport.
It’s best to opt-in for a highly scalable SD-WAN that can be deployed per location as a physical appliance, virtually, or directly in the cloud without worrying about overhauling the entire WAN infrastructure. Full-featured SD-WAN solutions can be released in overlay mode with an existing WAN, easing the transition to UCaaS.
One feature that traditional SD-WANs lack is the ability to automate network reliability and the performance of UCaaS. Oracle, formerly Talari Networks, has such a feature it calls “failsafe.” The failsafe feature brings a level of automation to SD-WANs effectively making it “self-driving and self-healing.” That enables the SD-WAN to automatically resolve network congestion-caused problems to prevent dropped calls and broken sessions. When hundreds of remote workers start congesting the enterprise network with virtual meetings, chats, and conference calls, the SD-WAN ensures that users get a high-quality experience every time.
When Oracle made the acquisition, I didn’t have a good appreciation for the benefits failsafe brings. Since then, I’ve talked with a handful of customers that have told me the feature is particularly useful for real-time communications as the performance of voice and video remains equivalent to MPLS, even if the SD-WAN is built on the public internet. It continuously measures all WAN paths to prioritize latency-sensitive apps like voice and video. So, for example, an employee participating in a videoconference will get better service than someone browsing Facebook.
This year, Oracle expanded its SD-WAN offering to connect data centers and branch offices to both Oracle Cloud and Microsoft Azure infrastructure. Oracle’s SD-WAN can now identify Teams and Office 365 traffic and route it to Microsoft’s cloud infrastructure based on specific networking rules. Teams voice and video calls are prioritized for optimum performance, regardless of the network’s capacity or traffic load. Businesses can access and centrally manage multiple clouds with Oracle’s SD-WAN and Microsoft integration.
Such partnerships will open up the technology to even more businesses considering moving their communications to the cloud. The cloud delivery model was already flourishing before COVID-19, with 80% of companies using at least one software as a service (SaaS) app, per industry estimates. The post-pandemic world will have newfound demand for SaaS, and more specifically, UCaaS.
The roadmap for reopening is still unclear for many businesses. While some will start bringing employees back to the office, others are likely to continue working from home. Global Workplace Analytics forecasts at least 25% of the workforce will be telecommuting multiple days a week by the end of 2021.
COVID-19 will eventually fade, but the impact of it will last a long time. 93% of the respondents to one of my surveys believe work from home will see a permanent uptick of at least 30% even when things return to “normal.” Undoubtedly, businesses must prepare to support cloud-based communications on a larger scale, more permanently. The right SD-WAN solution can make the transition more manageable and is the logical next step toward better and more consistent UCaaS.

To learn more about enterprise SD-WAN and digital transformation, attend the Enterprise Connect Digital Conference & Expo 2020 taking place online Aug. 3 to 6. On Tuesday, Aug. 4, industry analyst Zeus Kerravala, will be presenting the session, "Raising the Bar on the Enterprise WAN" from 4:15 p.m. to 5:00 p.m. The session will conclude with a live chat Q&A; to participate, register now!