Instead of going it alone, Alcatel-Lucent Enterprise (ALE) has decided to leverage RingCentral's global reach in its UCaaS pursuit. 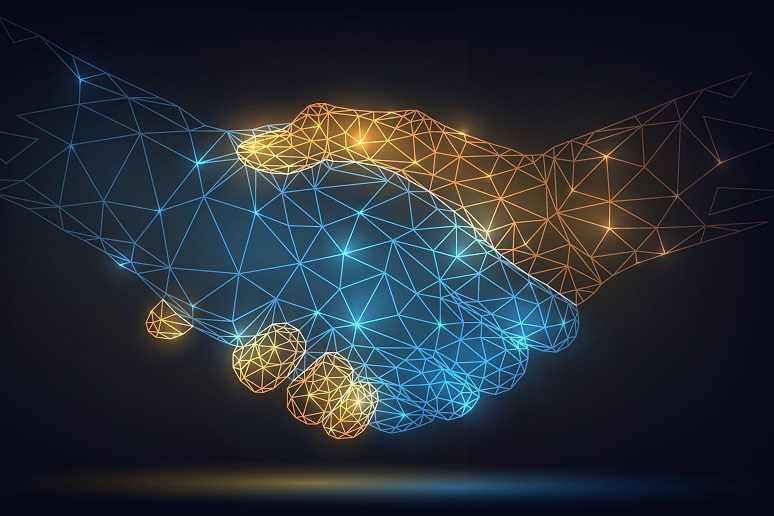 Image: lidiia - stock.adobe.com
Today, Alcatel-Lucent Enterprise (ALE) struck a strategic partnership with RingCentral to create Rainbow Office powered by RingCentral. This new co-branded UCaaS offer will become available to Alcatel-Lucent Enterprise resellers starting in Europe in the first quarter of 2021.
Though unrelated, I must also note another news story this week with some similarities. It was reported that Amazon is looking at malls for new distribution centers. Both are about how the cloud has disrupted the creation and delivery of services. Malls were built to simplify the distribution of goods to consumers, which remains important, but the business model was disrupted by cloud-enabled eCommerce.
The cloud also disrupted the traditional business model of PBX systems. The demand for enterprise communications is strong, but how the service is created and delivered is changing. ALE’s Rainbow service was largely dependent on regional partners, which added delays and inconsistencies.
ALE has concluded that a partnership with a global provider offers advantages over building its own UCaaS. It’s an exclusive partnership, so ALE will discontinue overlapping Rainbow services in regions as Rainbow Office by RingCentral becomes available. RingCentral is paying ALE $100 million for exclusive access, a minimum seat commitment, and future commissions.
ALE and RingCentral are co-developing tools to automate the migration of approximately 40 million users to Rainbow Office. It is expected that most customers will be able to re-use their ALE IP phones.
RingCentral now has sales partnerships with PBX makers Avaya, Atos/Unify, and ALE as well as with carriers AT&T, BT, and Telus. The casual observer will note that RingCentral’s UCaaS solution is not that differentiated from several of its top competitors. This begs the question, why is RingCentral able to make so many partnerships? The answer can be partially attributed to AT&T.
RingCentral is not the only UCaaS provider with such comprehensive features. Where RingCentral stands out is its ability to integrate back-end systems. RingCentral announced its partnership with AT&T in 2013, and that forced it to meet numerous operational requirements.
Carriers have notoriously complex systems for ordering, billing, and commissions. To meet AT&T’s business, security, and performance requirements, RingCentral had to build sophisticated back-end systems and interfaces. It was this foundational capability that has allowed RingCentral to replicate partnerships.
BT and Telus were likely much easier with AT&T behind it. However, its partnership with Avaya last year opened the door to the PBX equipment makers. It’s been very difficult for the UC and PBX equipment makers to transition to cloud-delivered services. The internal transformation of products and business models is treacherous. The primary alternative was to acquire, but now partnerships have emerged as a viable strategy.
Microsoft had an early head start after it acquired Skype. It renamed its Lync product after Skype and set up UCaaS services as an add-on. Cisco had made several attempts with UCaaS and eventually acquired BroadSoft. Mitel acquired ShoreTel (which had bet it all on Connect— and lost).
Avaya too had made several attempts with its own UCaaS, but its partnership and launch of Avaya Cloud Office (ACO) by RingCentral has done more for its transition to cloud than anything else. The alliance, which was by no means obvious at the time, allowed it to leverage its installed base, transform its channel, and increase revenue via devices and complementary cloud-delivered services.
Avaya-RingCentral was announced in fall 2019. This year, RingCentral has announced partnerships with Atos/Unify and now ALE. NEC is the one that got away, but it struck a partnership with Intermedia, which shares many similarities with the Avaya/RingCentral agreement.
It’s also important to note that Avaya has also made RingCentral better. For example, RingCentral significantly improved its features and support of physical phones. The ability to reuse phones is an important benefit cited by Atos/Unify and now ALE. With each new partnership, RingCentral is effectively expanding its product development team, and these features are made available to each partner.
ALE will continue to produce communications and networking equipment and applications. Its customer base is spread out across 100 countries, which is more than RingCentral currently serves. ALE has a strong focus on verticals, and many of these sectors prefer premises-based equipment (such as hospitality) and private cloud solutions (such as transportation and defense). ALE’s private cloud services are typically built using Rainbow and/or its Open Touch Enterprise Cloud (OTEC) solution.
Rainbow represents a diverse collection of cloud-delivered services that include UCaaS, CPaaS, and message-based capabilities. The partnership will enable ALE to give Rainbow a clearer CPaaS identity with workflow tools such as pre-built applications and integrations optimized for verticals and IoT.
I expect RingCentral will continue to strike partnerships, though it’s running out of PBX makers. It will likely focus more on carriers and other cloud providers that desire to bundle UCC services.
Dave Michels is a Contributing Editor and Analyst at TalkingPointz.