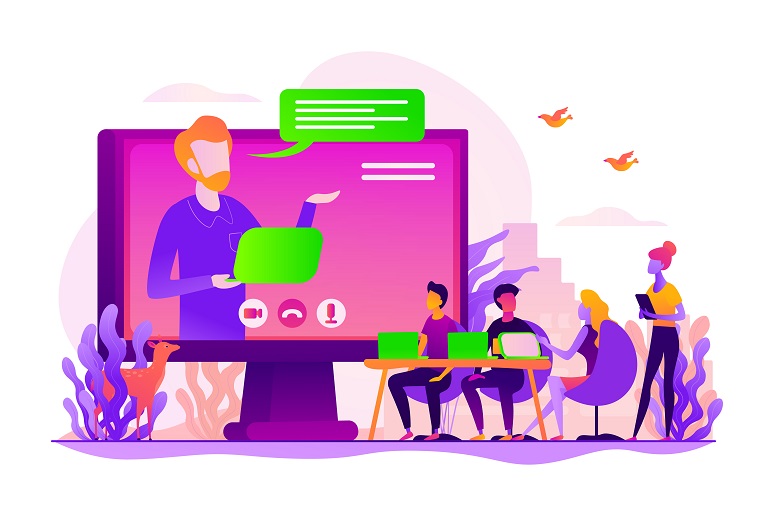 Image: Visual Generation - stock.adobe.com
RingCentral this week unveiled new features and functionality aimed at boosting security, easing application integration, and improving the in-meeting experience on its UCaaS platform, RingCentral MVP (previously Office).
For improved security and integration ease, RingCentral introduced:
To improve the in-meeting experience, updates include:
The breakout room functionality will be GA in September, with presentation modes, auto-framing, and the touch-up appearance features to follow by the end of the year, RingCentral said.
Additionally, RingCentral revealed huddle and phone capabilities and central management options.
With the huddle capability, called Team Huddle, team members can create ad-hoc collaboration sessions in team channels, essentially replicating the drop-in style of conversation of the physical huddle room, RingCentral said. Team Huddle is currently available for all RingCentral MVP and RingCentral Video Pro/Pro+ customers.
For mobile app users, RingCentral will soon offer heads-up display (HUD) functionality for its mobile app. This will allow users to check in real-time if someone is available and manage multiple incoming calls. The HUD functionality will be available by the end of the year, RingCentral said.
Lastly, admins can now manage one-off video accounts from the admin portal, allowing them to add or modify a user's RingCentral plans. Within the portal, admins can either add a freemium RingCentral Video Pro or RingCentral Video Pro+ license ($12 per month/per user) to a user account.

The first awards for the pandemic era reflect the changing direction of innovation.

Omdia analysts delve into what bringing UCaaS and CCaas together might mean for the larger industry.