Enterprise Market May Nudge AR and VR Together 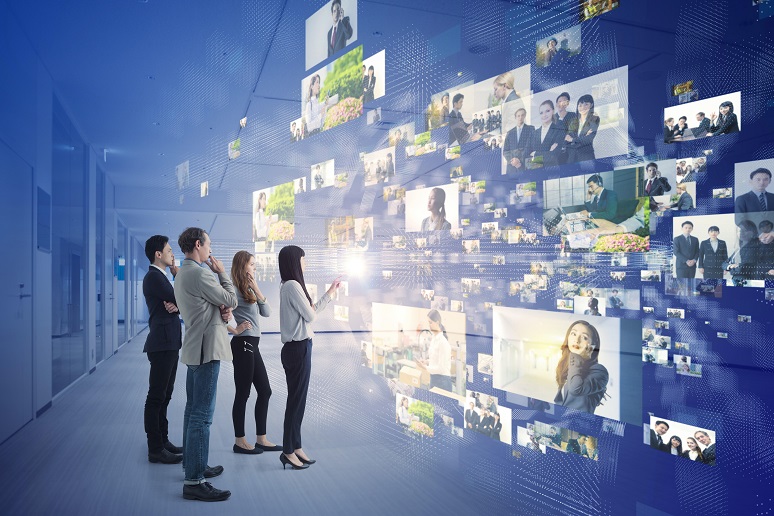 Image: chombosan - Alamy Stock Photo
A new kind of convergence looms on the horizon, and 2022 is the year it becomes a reality.
I’ve written quite a bit over the last few years about extended realities (XR), a subject that includes virtual reality (VR), augmented reality (AR), assisted reality (ASSR), mixed reality (MR), and more. The last thing we need is to add confusion to an already confusing subject. But recent announcements point toward the convergence of AR and VR.
Last week, Lenovo announced the ThinkReality VRX, a VR headset designed specifically for the “Enterprise Metaverse.” We will save the question of what exactly is the “Enterprise Metaverse” for another day, but it is clear Lenovo is making a significant push into VR with this announcement. One of the key features Lenovo is touting is “high-resolution pass-through capabilities for mixed reality (MR) applications.” To understand why Lenovo is calling out its high-resolution pass-through capabilities, it helps to understand what this is and why it matters of augmented-reality users.
So what is pass-through AR?
In a traditional AR headset, you typically see the world around you through transparent lenses, where your view is augmented with digitally created content. Think about a pair of see-through glasses that can add 3D holograms in your field of view.
In VR, your entire vision is replaced by a digitally created 3-dimensional world. Passthrough AR uses cameras mounted on the front of the headset to reproduce your real-world surroundings digitally in the VR display. The key difference with traditional AR is that you see reality; with pass-through AR, you see a live video stream of reality.
The bottom line is pass-through AR opens up the door for AR developers to build apps and experience in VR headsets. This allows for a combined AR/VR experience in a single device at a lower cost than an AR headset alone. AR, or at least AR in the price, form factor, and functionality that will drive mass adoption, does not yet exist. Passthrough AR can bridge the gap between today and the future when AR glasses will be more viable.
I contacted Vishal Shah, Lenovo's GM of XR & Metaverse, about the announcement last week and inquired about the usefulness of pass-through AR versus traditional AR. His response was, “(Full-color pass-through) enables the users of the ThinkReality VRX to continuously work with the headset on and seamlessly move from immersive use cases like 3D content consumption and collaboration to interacting with real-world surroundings to do normal activities, e.g., speak with a colleague, work on a PC, or even just have a drink of water. This makes for an overall safer and more enjoyable VR experience in enterprise scenarios.” 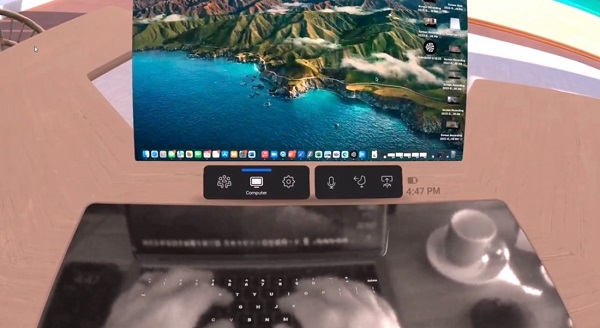 Next week, Meta will likely announce a VR headset targeted at enterprise customers. If the rumors are true, this will be a high-end next-gen VR headset with advanced features such as face tracking and high-resolution video pass-through.
Beyond the timing of these announcements, there are two things interesting things they have in common. Both products have pass-through AR, and both are targeted to enterprise customers.
We’ve had a glimpse of pass-through AR with the current Oculus Quest 2. Cameras mounted on the Quest 2 provide pass-through AR today, though the quality is poor. The black and white cameras provide poor picture quality, so use is limited to a few simple tasks.
A practical example of pass-through AR on the Oculus Quest 2 today can be seen in Horizon Workrooms, a collaboration app developed by Meta that allows people to meet in a conference room in VR. One of the most essential and unique features of Workrooms is the ability to access your computer inside VR. You can see your computer screen in VR as a private display in front of you and have the option to share it with other users on a large display on the wall.
Workrooms use pass-through AR to map your keyboard’s location and show your hands when you place them over the keyboard to allow you to type while in VR (see photo above). Without this functionality, you would have to type by feel, something I have never been able to do. This is a simple example of using pass-through AR in VR, but full-color, high-resolution pass-through opens the door to nearly all AR applications and allows users to switch back and forth between them.
While it isn’t a surprise that Lenovo is developing a new device for enterprise customers, it is a bit of a surprise that Meta is. There is a considerable appetite for VR and AR devices in the enterprise. But trying to make consumer devices work in the enterprise world can be tricky, especially when considering challenges such as managing logins, security, and deploying at scale. Until recently, deploying Oculus headsets required Facebook logins, something that is a no-go for most organizations.
The conventional wisdom is that AR is where the real business value is. Combining AR with VR allows organizations to take advantage of the benefits both technologies can offer with a better ROI than on their own.
The question I don’t yet have the answer to is, will pass-through AR replace AR as we know it, or does it fall short in recreating the real-world in such a way that traditional AR will still be needed for a majority of AR applications?
I can’t wait to get my hands on both these devices to see for myself.