UCaaS, CCaaS, IaaS: Amazon's Many Roles in the UC Market

One way or another, looks like Amazon Web Services will play a role in cloud communications.

Amazon is poised to play an important -- perhaps even a fundamental -- role in the UC market. But perhaps not in the way you expect.

Amazon Web Services has made several very interesting moves into -- or at least toward -- the UC space. Chime, introduced earlier this year and based on technology stemming from its 2016 acquisition of Biba Systems, marked Amazon's debut in the market for business communications services. Meanwhile, Connect, also introduced this year, delivers a cloud-based contact center service. 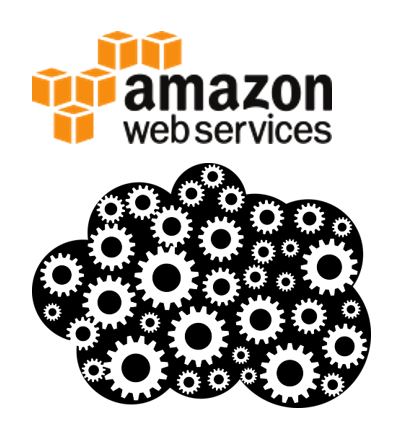 Both are targeted at businesses. Both tap into the growing popularity of simple, straightforward cloud-based communications and customer support services. But I fear neither is likely to have a noticeable impact -- certainly not in the near term but perhaps not even down the road. Despite being billed as UC, Chime is more about online conferencing. This is less of a market segment and more of a monkey house that's teeming with not one but several 800-pound gorillas, the likes of Adobe Connect, Cisco WebEx, Citrix GoToMeeting, and Microsoft Skype for Business.

The same can be said of Connect. The market for cloud-based contact center services is alive, thriving, and populated by established providers such as inContact, Five9, and others. Seeing new challengers appearing on the field and prepared to do battle is always great. But AWS faces an uphill battle to dethrone the princes of the Web conferencing and cloud contact center markets.

While Amazon may be new and unproven as a provider of conferencing and contact center services, it is considerably more established as a platform provider of others' UC services. Not so many years ago I remember seeing cloud communications services running on AWS infrastructure while in development. But in no way would the providers trust the company's infrastructure as a service (IaaS) with those services after launch.

That's now changed. As others note, AWS lets providers quickly launch services that are scalable, reliable, backed by powerful analytics tools, and running on a platform that's global in scope. AWS is also cost effective compared with leasing data center space for the virtualized servers that typically run cloud-based UC and contact center services. In addition to Chime and Connect, which of course run on AWS, UCaaS and CCaaS offerings also relying on it include:

Interestingly, the proposition isn't always all-or-nothing, where AWS is the sole platform on which a UC service is based. Avaya's Enterprise Cloud for BPO service, for example, is based on Avaya contact center software running in traditional data centers in four -- soon six -- locations around the world. As the company expands into new countries it plans to run the software underpinning the service on AWS.

AWS isn't the only IaaS used in this way. Genesys PureEngage runs on Azure, as does Polycom RealConnect for Office 365, which launched earlier this year. LifeSize provides videoconferencing as a service for 2,500 customers on software running on IBM Cloud. And though not a perfect apples-to-apples comparison, BroadSoft introduced a platform-as-a-service (PaaS) option earlier this year. Rather than build out and maintain the infrastructure on which their UC services are based, providers can install either the BroadWorks call control software, the UC-One application, or both on BroadSoft's PaaS. The result is a quicker time to market for providers launching new BroadSoft-based services.

Continue to next page: AWS as Private Data Center Alternative