Here's my take on the hottest news of the outgoing year.

Unified communications made a bunch of headlines in many ways in 2015. Here are the trends and events that I consider to be the most newsworthy.

1. The battle for No. 3 heats up. Cisco and Microsoft have the top two spots locked up in UC (see related post, Cisco-Microsoft Collaboration Market Tug-of-War Continues). The question is, which vendor will secure the third position? In 2014 we saw many of the other UC vendors go through some kind of major event -- Alcatel-Lucent spun off its enterprise business to China Huaxin, Siemens Enterprise rebranded itself Unify, Avaya went through a major financial restructure, ShoreTel created a unified back end for its cloud and premises solution, and Mitel went on a bit of a shopping spree. This year, these companies stopped talking about transformation and started executing on their plans. From a share perspective, Avaya has the inside track but plenty of other vendors are nipping at its heels. In 2016, we should see this battle heat up in a big way as the non-Cisco/Microsoft vendors look to one-up each other.

2. Cisco reloads. Prior to 2015, Cisco's Collaboration business had fallen on hard times, plagued by several consecutive years of declining revenue. When Rowan Trollope joined Cisco in 2012 to run the business unit, and he immediately changed the group's focus from engineering to user experience. The result? A banner 2015 in which each quarter showed significant year-over-year growth. In addition, Cisco launched a new line of collaboration endpoints, pushed Spark into general availability, cut a deal with Apple, and acquired Tropo and Acano. Cisco set a high bar in 2015; let's see if it can keep the momentum going in 2016.

3. Mitel buys Mavenir. Over the past several years, Mitel has been one of the most active UC vendors with respect to mergers and acquisitions. It brought Inter-Tel and Aastra under its wing, and last year launched a failed attempt to do the same with ShoreTel. Activist investors have shown interest in the company, too, this year pushing the idea of a merger between Mitel and Polycom. As interesting as these activities have been, the more intriguing move was the company's decision in March to acquire Mavenir, a provider of software-based solutions to mobile operators. At the time, this seemed like an odd move, with no obvious link between enterprise UC and carrier mobility. However, Mitel has revealed how Mavenir allows it to treat UC as something to be integrated at a network level, which is a unique capability today.

4. Microsoft brings voice to its cloud. Cloud communications has been red-hot over the past five years, with almost every UC solution provider having rolled out a solution for voice delivered via the cloud. The one notable exception had been Microsoft, whose Office 365 cloud solution did not include a voice service. In 2015, however, Microsoft announced the integration of voice features into Office 365, with some capabilities available this year and full feature parity with the premises solution a target for 2018. It will be interesting to see how quickly Microsoft is able to integrate newly acquired Talko mobile business communications app into Office 365. Microsoft can use Talko not only to reach parity with the other UC-as-a-service providers, but also to redefine what a call is and leap ahead of the competition.

5. Workstream collaboration and communications (WCC) comes alive. WCC tools, which start with group messaging and blend in real-time and other asynchronous communications, hit the market in a big way in 2015. As the momentum continued building behind Slack, Cisco Spark and Unify Circuit went into general availability and RingCentral scooped up Glip to jump into the market. However, I think the biggest advancement is the development of some good use cases across a wide variety of verticals helping buyers understand how to best leverage these new WCC tools. We should expect to see greater integration between WCC and UC in 2016, including through M&A and partnership activities.

Continue to the next page for 6 through 10

6. Communications platform as a service, or CPaaS, rises. More and more developers are turning toward platform-as-a-service solutions for building applications, with Dell, Oracle, and Salesforce.com being three examples of providers offering robust PaaS services. PaaS offers developers the ability to create applications without having to rack and stack a bunch of infrastructure, and during 2015 we saw the rise of communications-focused PaaS providers looking primarily to offer the ability to drop messaging or voice features into applications quickly and easily. When Cisco grabbed CPaaS provider Tropo in May, it legitimized the market.

7. Polycom redefines physical meeting spaces. Over the past few years, the industry has expended a tremendous amount of energy in improving virtual workspaces. The ability to connect to a meeting when remote is better than ever and businesses of all sizes are taking advantage of WCC and virtual meeting rooms. In September, I pondered why there hasn't been any technical advancements in improving the usability of physical meeting spaces. In October, Polycom announced RealPresence Centro, a video system that shifts the focus of meeting spaces from the walls to the center of the room. Centro, in creating a new way of using a meeting space, is markedly more efficient than the tools that seem like they have been in place for the better part of 20 years. 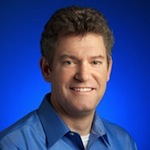 8. Google stays on the periphery. Each year someone predicts that Google will enter the business collaboration market and upset the apple cart. Between Hangouts, Gmail, Google Docs and Drive, the company does have a broad and diverse set of collaboration tools. However, it's unclear as to whether Google really wants to put the work in to make the products business grade. Earlier this month on No Jitter I read that Google tech evangelist Adam Swidler will be a keynote speaker at Enterprise Connect 2016, so it will be interesting to see if he shares what the company has up its sleeve. For now, Google remains on the outside looking in on the collaboration market.

9. Contact center as a service, or CCaaS, comes of age. The CCaaS industry is another market that has been long on promise and short on results over the past few years. However, with the rise of digitization and big data, more organizations are turning to the cloud to get robust call center capabilities much faster than they can when trying to upgrade on-premises platforms. CCaaS not only enables businesses to turn up and quickly scale their contact centers, but also adds new functions like chat and analytics. The demand for omnichannel customer service will keep the CCaaS momentum rolling into 2016, which could stimulate some M&A activity. We saw evidence of this just last week, when ShoreTel scooped up Corvisa, as reported on No Jitter. Five9 or Altocloud, anybody?

10. John Chambers retires as Cisco CEO. Cisco has been arguably the most influential company over the past 20 years with respect to UC's evolution. The man behind much of that vision was Cisco's longtime CEO, Chambers, who had the guts to say all forms of communications would move to IP during an era when no one else believed it. He filled the keynote room at Enterprise Connect every time he spoke and was the focal point of many competitive presentations. Through the Chambers' years, which ended with his retirement in late July, Cisco went from being nonexistent in communications to a market leader, and the company forever changed our industry for the better. With that, I'd like to again thank him for the memories. The UC industry is a strong, multibillion-dollar market, partially because of his vision.