Is There Life After Open Source?

Nobody is going to adopt anything, open source included, if they can't be sure it will meet business needs or they can't understand how to make it work.

Remember the good old days of networking, when everyone listened eagerly for new product releases from vendors and every startup wanted to be the "new Cisco?" Well, forget them. We're now in the age of open-source software and commodity hardware, apparently... there, if not entirely comfortable. Enterprises and operators alike are starting to wonder what an open future is going to be like. 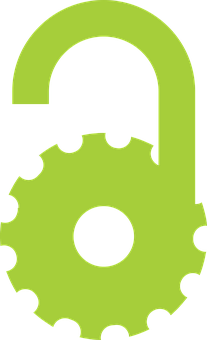 It's not like we don't have a lot of open-source successes out there. Linux, which is open source, has dominated the server market for years. OpenDaylight and OpenStack are huge in software-defined networking and the cloud, respectively. AT&T's software for network functions virtualization (NFV), called Enhanced Control, Orchestration, Management and Policy, or ECOMP, is now stealing the limelight from NFV vendors, and plenty of startups would like to be the "new Red Hat." The challenge is that open source changes the whole supply-and-support relationship, and that means it could change the whole tech business model.

Open source isn't just about software, either. It's being combined with open, commodity hardware such as that promoted by Facebook in its sponsored Open Compute Project for enterprise and carrier applications. The suggestion here is that instead of buying a "shiny box" that costs $6,000, users could buy one for a tenth the cost and toss it when it becomes obsolete. Disposable tech... the model of the future? Perhaps.

Such a future would be a hard slog for vendors and buyers alike. IT in general, and networking in particular, developed in a market climate based on selling products and on building silos. Vendors recognized that spending time in accounts convincing them to adopt technology was expensive, and so that effort had to pay off in significant revenues (and commissions for the sales force). The winners in this game tended to be larger firms with broader product lines that could first wring as many dollars out of any deal as possible and then leverage any product win to pull in related products. Opportunistic for sure, but the incentive it gave vendors has driven innovation for decades.

The move to a software-driven, open-source market threatens this whole market model. Open source isn't "sold," it's not "your product," and it's based in part on not creating silos. It lowers differentiation for vendors, thus reducing their incentives to work hard to promote technology changes. Better to sit and sell into the opportunity that emerges naturally. But vendors still need a revenue source, so from where does it come?

"Professional services" is a popular answer to the question of how vendors replace product revenues. Red Hat and other firms that have open-source technology as their base don't make money selling the technology but selling services related to it. It's not a perfect model, though. Ericsson, the vendor in the carrier equipment space that has promoted professional services the most just had a bloodbath quarter; its service revenue gains didn't nearly offset product losses.

Service sales are often difficult. Buyers are concerned that professional service deals are just a way for vendors to perpetually pick their pockets. In a recent survey I did of enterprise CIOs, a quarter said they believed they were overcharged for products and almost 80% said they were overcharged for professional services. I've encountered egregious overcharges for strategic consulting services in my own work with enterprises.

The biggest question is how you promote revolutionary technology in an open-source market, and successes like Linux can't answer it. Everyone knows you need an operating system. Everyone knows generally what's involved in using one. Does everyone know whether they need IoT, or how they could adopt it? If a user without that knowledge is expected to go to a professional services firm to answer these basic questions, the cost of just considering change could frighten off prospects.

Some believe that the Internet will be the critical resource, the thing that gives users the bootstrapping they need to build technology literacy without breaking the budget just to understand the current buzzwords. The problem is that the Internet contains every possible truth and every possible lie, and those who can't tell the difference aren't much better off after their online research is done.

For all the difficulties in finding the truth, the Internet and professional events may be the only answer to delivering critical insight about new network and IT options to prospective buyers. The vendors that base their hopes for the future on open source are going to have to step up and provide better online documentation and useful conferences, not only for the products themselves but for the process of adopting them. The online media is going to have to step up too, and be prepared to deal with the real market issues rather than just writing headlines to generate clicks and ads.

The net here is simple; nobody is going to adopt anything, including open source, if they can't be sure it will meet their business requirements or they can't understand how to make it work. A shift to an open-source model with community support has to somehow address that reality. If it does, we could see a true open-source revolution. If not, we may end up reinventing "products" and "vendors."