2019 is likely to be known as a year when many larger organizations began a methodical, stepwise transition of users to Microsoft Teams for both collaboration and communications.

In this ongoing “Taming Teams” series of articles, I sort through the confusion, decode the messaging, decipher the meaning, and separate the reality from the marketing fluff with the ultimate goal of helping you best leverage Teams to deliver quantifiable business improvement.

A Microsoft Team’s team, as I discussed in my previous “Taming Teams” post, defines a group of collaborators. A Team’s channel is where work happens.

A channel is like a meeting room for discussions that also allows you to store documents related to a specific topic, project, or process. A team created for a specific client might have channels representing different projects for that client. You might create a team for each department and channels for each project the department works on. A team created for a sales district might have channels for each account. A team for a class might have channels with information about each assignment. Anyone on a team can see conversations in any team channel and add to channel conversations.

Unlike Slack, Teams currently does not support private channels, a decision that has been the source of much negative feedback and more than 15,000 thousand votes to include. As of late 2018, Microsoft has said that it’s working on adding private channels. For now, you need to create a separate private team as a workaround to a private channel. 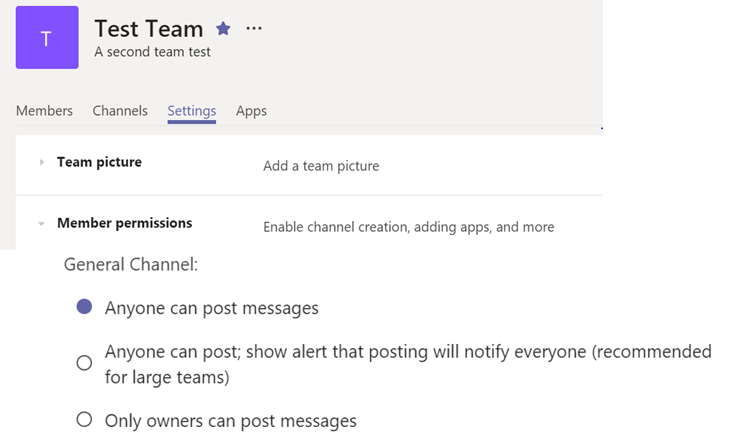 I would recommend only allowing owners to be able to post to the general channel for most teams. If you need a general discussion channel, you can create it separately.

You can create up to 200 channels per team. You add a channel by clicking on the three dots (…) to the right of the team name on the sidebar and choosing “add channel” from the popup menu. For a new channel, you have three attributes to set, as shown below. 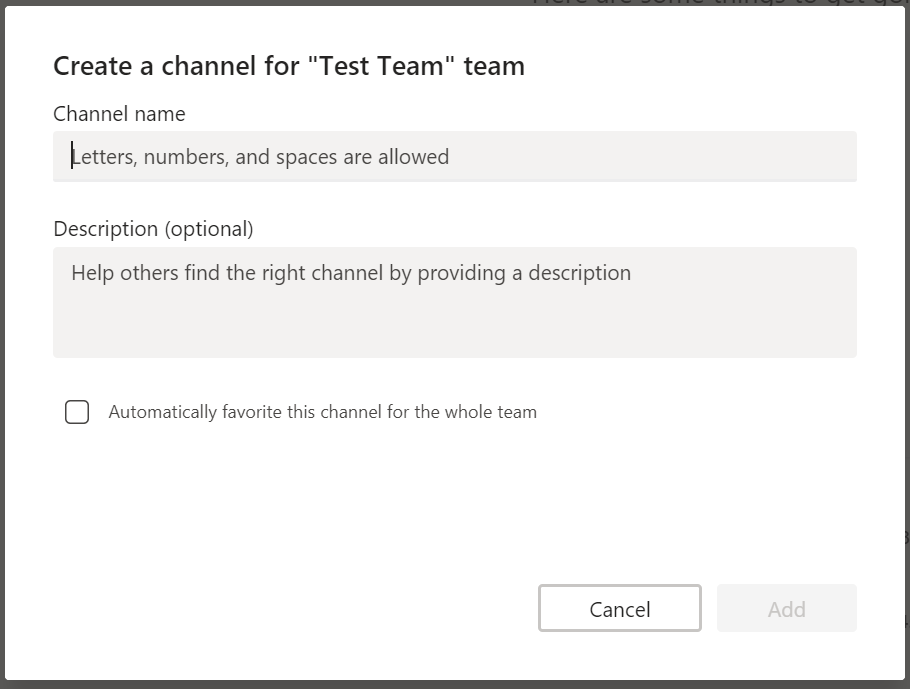 As a favorite, the channel stays visible in the list under the team name, provided that the team is also a  favorite. Channels that aren’t favorites collapse under the heading “X more channels,” in which case you need to click on the “>,” as shown below, to view them.

Clicking the star to the right of the channel name allows users to favorite channels on their own. 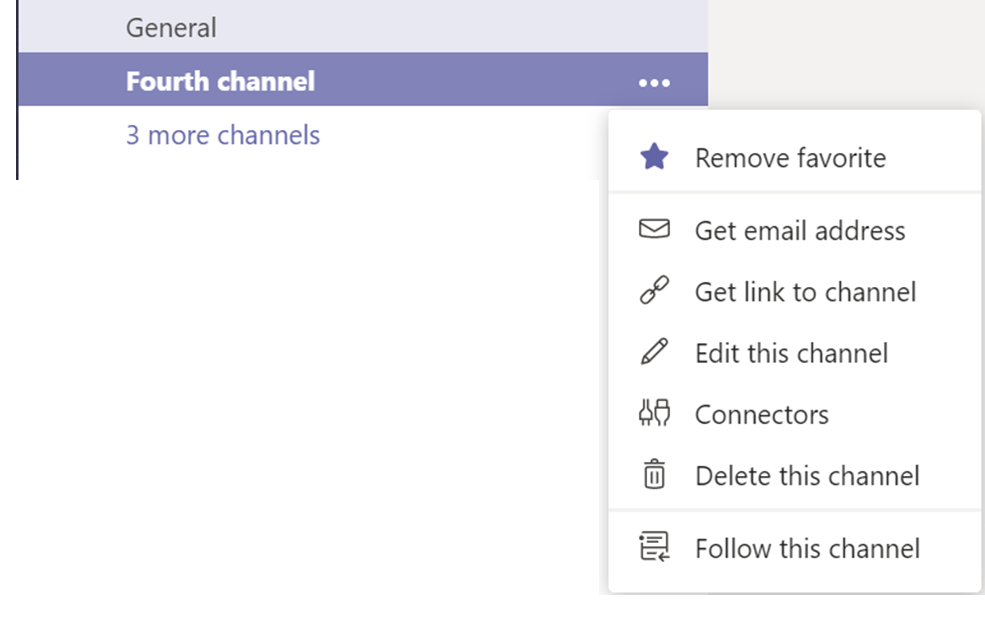 Getting a link to a channel allows you to share a link that any authorized user can click to jump directly to a specific channel within a specific team. This is useful as the number of teams and channels within your organization begins to grow.

Continue to the next page: Tabs

Cisco Retools Webex, Is Ready to Fight Back

Looking Back at MS Ignite 2021, What it Means for Teams

Augmented and virtual reality aren't the only capabilities changing the Microsoft Teams experience.

Microsoft Execs Ask, ‘Where Do We Go From Here?’

During a thought leadership address at this week’s Enterprise Connect virtual event, Microsoft execs shared their visions for a fluid, dynamic, and cloud-powered future of work.

Out of Ignite, voice-related announcements include heads-up on new managed services option that will allow connectivity control from Teams admin dashboard.