Announces other platform enhancements including search advancements and workflow automation 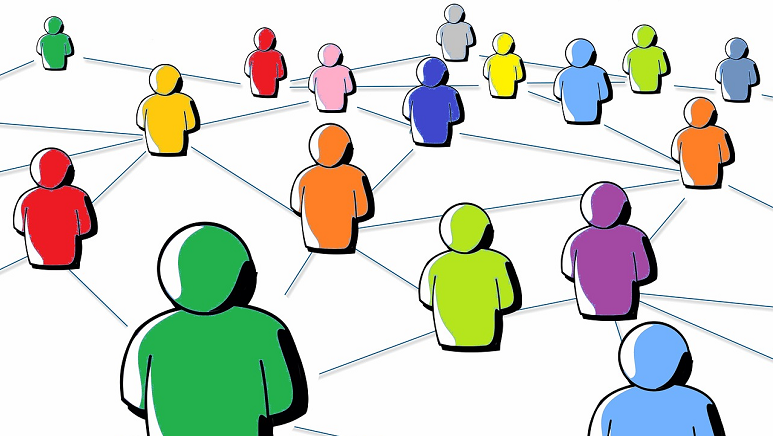 In announcements coming out of its Frontiers user conference, Slack today revealed enhancements aimed at enabling external collaboration, universal search, and workflow automation sans coding.
These announcements follow on the Microsoft Office 365 integration and enterprise key management support news Slack has made since late March – and show that the company understands that effective collaboration is “about a lot more” than just messaging, as Ellie Powers, director of product and platform at Slack, said during a No Jitter briefing.
Shared Channels, Enhanced Search
In its first Frontiers announcement, Slack gave the heads-up that starting this summer it will be extending Shared Channels to Enterprise Grid customers in beta. This will allow Enterprise Grid customers to collaborate with external customers, vendors, and partners from within their native Slack workspaces. In essence, this provides a “single channel of access for company partnerships,” Powers said.
In addition, Slack has updated its search functionality with an eye on making it easier for users to find what they’re looking for across channels, direct messages, and documents. As Slack rolls out this update over the next several weeks, users will be able to treat the upper-left search box (or use keyboard shortcuts) as a universal navigation hub for everything on Slack. The improved search functionality will surface a list of unread channels and direct messages; allow quick navigation to channels, files, and people; and find archived reference materials, Slack said.
“People love searching and want to be able to search more,” Powers said. “As we bring more information into Slack, search becomes more critical.”
Bridging Email, Calendars, Slack
The way Slack sees it, the other two tools that almost any Slack user likely uses daily are calendar and email – hence the Microsoft and Google email and calendar add-ins and integrations announced earlier this month.
Slack continues to work to “build this bridge between email and Slack,” Powers said, adding that Slack recognizes that once you move onto Slack, it’s not as if you stop using email immediately. For example, new hires who haven’t yet joined Slack will get email notifications every time they’re mentioned by username or are sent a direct message. Once they join Slack, they’ll have the full history and context of messages and mentions sent to their email.

Slack has begun rolling out this email bridge feature already and plans to make it available to all users over the next few months. In the future, Slack will be adding the ability for people to reply from within their email inboxes, with their responses posting back to Slack. Also, later this year, Slack will begin rolling out a smart meeting suggestion feature that will pick up on cues such as, “Let’s meet tomorrow to discuss this project” and automatically surface prompts to create calendar invites from within Slack.
By tying multiple workflows together, integrations such as these can improve interoperability and extend the value of IT investments, Slack said in its official blog.
Building Workflows
While developers and programmers have long been building apps, integrations, and workflows on Slack, the company wants to make workflow automation something that’s accessible to everyone, regardless of programming skills. Today, Slack announced Workflow Builder, which provides a graphical interface that allows any user to automate a process in Slack -- no code required. 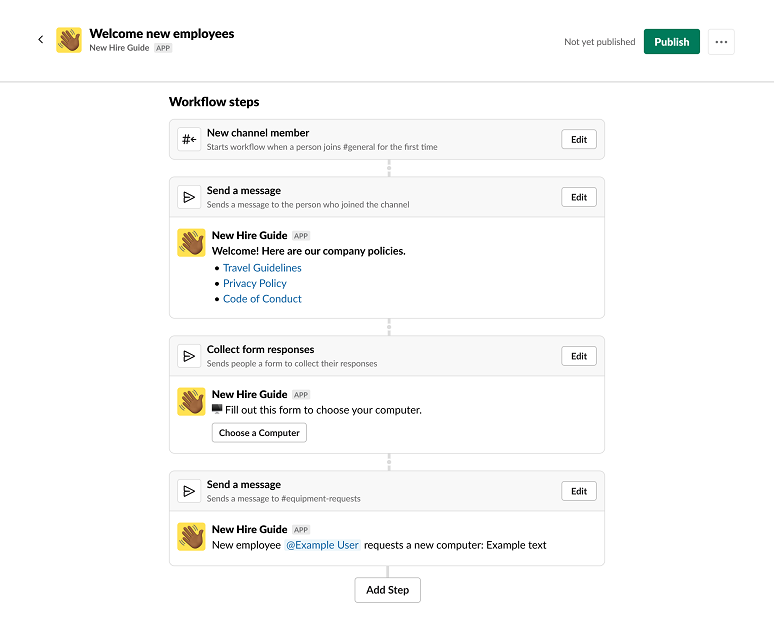 Tasks like getting budgets approved or setting up a new hire with an account are low-hanging fruits for Workflow Builder, Powers said. The tool could also come into play to streamline processes such as distributing self-service benefits forms requested from HR, issuing employee surveys, and sending welcome messages and tips to new channel members.
Slack began developing Workflow Builder after receiving requests from multiple customers that wanted employees in non-developer roles to be able to build custom apps, Powers told me. They can use this tool to make their marketing teams more efficient, for example, Powers said.
Slack will be rolling out Workflow Builder later this year, but those interested in previewing the product can sign up to be added to the waitlist for the pilot program.