A look at the latest generation of desk phones, and the direction in which the company is headed. 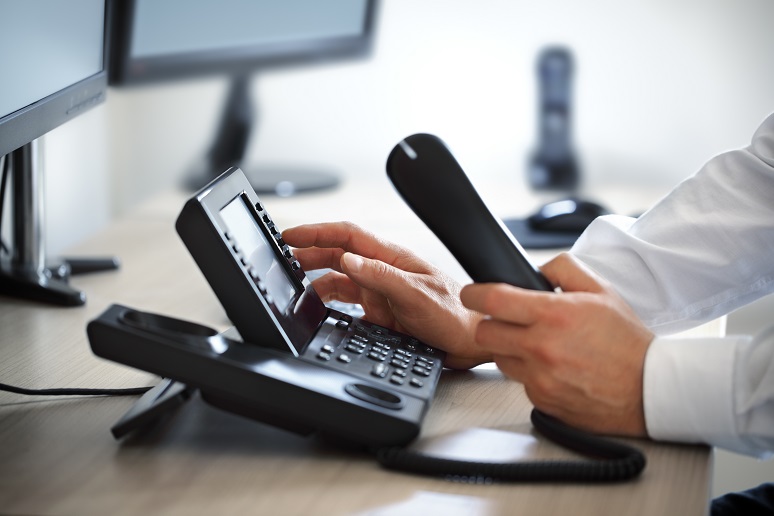 Image: Brian Jackson - stock.adobe.com
As a telecom engineer, I’ve had the opportunity to use and administer many different enterprise telephones over the years. Without hesitation, I can say the phones made by Polycom — now Poly — have exceeded my expectations. The VVX line, for example, stands out for its WiFi connectivity option, support for the Lightweight Directory Access Protocol for integration with the corporate directory, and use of advanced noise-cancellation technology.
To learn more about this latest-generation VVX line of phones, as well as Poly’s future direction, I decided to visit with Peter Huboi, a 25-year veteran with the company. Currently, Huboi is a senior product marketing manager with responsibility for VoIP desktop phones. Here is an edited version of the interview.
The design of the VVX x50 series (VVX 15, VVX 250, VVX 350, and VVX 450) has a more modern aesthetic than the earlier VVX models. The newer appearance also aligns with the design language we developed for Poly Trio, with a more rectangular shape, and in particular—the mute button. The VVX 311 didn’t have any USB ports, while the VVX 350 has two. The VVX 311 had a monochrome display. The VVX 350 has a larger display and its color. The VVX 450 has 2 USB ports compared to the VVX 411’s one port and the VVX 450 has a larger color screen. Even the VVX 250 (with four lines compared to two lines on the VVX 201) has a single USB port and a built in two-port GigE switch so one LAN connection can support both your phone and your PC at the higher speeds.
Any phone design refresh is going to incorporate newer chipsets. Some newer chipset components that provide the same functions as previous models =also consume less energy. All the newer phones in the VVX line, from the VVX 150 through the VVX 450, are Energy Star-rated. If an energy efficient phone is typically 40% more efficient than a standard IP phone that isn’t explicitly designed to save energy, that can translate to real savings. For example, a customer with 250 phones might save as much as $1,000 per year on its energy bill.
Our newest touchscreen CCX series phones have an entirely different chipset architecture than VVX phones. They support Android 9, so the CCX Teams Edition phones can natively run the Microsoft Teams application.
The use of Poly headsets with VVX phones. I appreciate the benefits of an always-on phone with context-sensitive feature access and QoS network priority, but I also prefer having two hands free to type while I’m on a call — and I get that with a headset. The newer VVX phones offer headset choices enabled by USB, and in the enterprise, I think users will also like what we are doing by putting Plantronics HUB management features right on the phone. For example, when you connect Blackwire headsets to different VVX models you can check your microphone level with a test recorded message right from the phone and adjust your microphone level. And let’s say you are just unpacking your new Blackwire headset from its box. When you plug this headset into your phone for the first time, you get a screen on the phone that shows you that it was recognized and ready to use.
First and foremost, our sound quality, reliability, and headsets. To give an example, a friend once called me on my cellphone. I answered, and we started talking, but my cellphone was down to something like 2% or 3% battery. So, I said, ’Let me call you back.’ I called him from my VVX phone, and he said, ’Wow, what are you calling me from? It sounds like we’re in the same room.’ For phone reliability, the VVX phones have a record of 99.97% uptime.
As for headsets, with the HID support we added on the VVX phones over a year ago, you can mute or unmute, adjust volume, and even answer or hang up the call from either the headset or phone and the two devices are synced. If I’m on a call and walk in to the other room and mute my call from my Voyager Focus UC headset, when I return to my phone, I can visually see on my phone that the call is muted. A handset still has its place, but as I said earlier, I like being able to have two hands free to type when I’m using a phone.
With the VVX portfolio, the future is mostly about new features. We typically introduce an average of three feature enhancement releases per year. We even introduced a version of the software that supports Google Voice. Our UC software running on VVX phones is supported by over 60+ service providers and platforms. When we introduced the VVX x50 series phone two years ago, we didn’t introduce touchscreen models. We now have a new portfolio addition that fills that need—the new CCX series business media phones. Poly CCX series phones run Android 9 right out of the box and support Microsoft Teams natively with a touchscreen user experience. Initially, our focus has been on the Teams Edition software with these phones, but there is a bigger story to tell with this portfolio. So, stay tuned for future news about the CCX portfolio of phones.
Millennials and Gen Z employees, as well as sales executives of any generation, fit the mobile-first persona. Poly started shipping an entirely new product category designed with the mobile-first user in mind — the Poly Elara 60 series. The Elara turns your smartphone into a desktop collaboration tool. It allows you to stay connected and charged. The two favorites that are shipping today would be the Elara 60 WS with either the Voyager Focus headset or the Voyager 5200, depending on your headset wearing style preference.
As far as industries go, we are everywhere. One of the challenges industries face right now is empowering their workforces to work at home because of the COVID-19 pandemic. Initially, we see most users using headsets and soft clients. But I think we could see a trend towards wider adoption of phones in the home office.

We believe in providing amazing new ways to hear, see, work, and work together. In each of our product categories — headsets, speakerphones, desktop phones, video cameras, and video solutions of all sizes —we’re finding new ways to make our audio and video innovation enhance what we value in face-to-face experiences. Management products and services round out the value we bring, and with so many people working at home right now because of the COVID-19 pandemic, headsets, and video cameras and are probably top of mind. Poly headsets with the active noise cancellation feature can block out background household noise will help home workers keep their conversations on track. Our Calisto line of speakerphones might be a good fit for someone who has a study or a bedroom office setup. Nearly everyone who used to meet in person or conference rooms is doing video calls now instead. So, our Poly EagleEye Mini USB camera, our EagleEye Cube, and our Studio X30 videoconferencing bar are products seeing some big interest in making remote collaboration more effective.

After hearing from Huboi, my opinion of Poly as a leader in the industry was reinforced. Its acquisition of Plantronics solidified their ability to meet a wide range of demands and they continue to produce solid products while staying in tune with the needs of the marketplace. I will continue to enjoy using their phones and look forward to seeing what they will produce over the next few years.