Collaborative practices and tools are inextricably linked; we can't evolve one without the other. 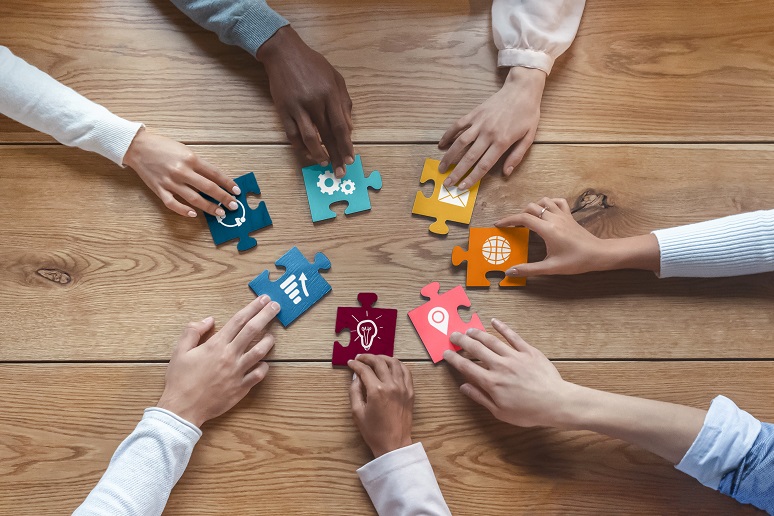 Image: Prostock-studio - stock.adobe.com
Seasonal changes are a good time to examine market changes—tech in general and collaboration are no different. There are signs that (gasp!) economic forces rather than technology forces are reshaping unified communications (UC). At the same time, there’s a development that says that cooperative, collaborative, or “team” activity is getting turned upside down. Well, Autumn leaves must fall, they say.
Enterprise Connect was the forum that exposed the first of our changes. Cloud providers traditionally leased virtual machines or container hosting to their customers, something analogous to the UC practice of charging by seat or company. Over the last couple of years, those cloud providers have started to offer a pay-as-you-go model, generically called “serverless,” because users don’t lease resources any longer—they just pay when they run something.
Amazon Connect wasn’t an especially remarkable offering for a contact center when it came out, in feature terms. Sure it did the stuff that contact center users want, and yes, it’s cloud-hosted, so it taps into the whole UCaaS thing, but as far as technology is concerned, it’s not a big deal. The pricing model, based on usage, like the serverless concept, makes Amazon Connect a market changer. The symbiotic relationship between Amazon Connect and Amazon Web Services (AWS) cloud capabilities may make its technology more revolutionary.
Contact-center-as-a-service (CCaaS) competes with user-owned contact center technology. Many users have been telling me that the pricing model for the as-a-service version didn’t fully exploit the capability of the cloud. While per-seat pricing isn’t the same as buying and owning the software and hardware, the fact that you pay to reserve call center capability rather than paying for calls has limited the benefits as-a-service could bring. Amazon Connect, by offering usage pricing, makes the as-a-service model a lot more attractive.
It’s hard not to wonder if this is the catalyst for a significant shift in contact center spending. Combined with the as-a-service framework of collaborative software like Teams, WebEx, and Zoom, it could be decisive in pushing UCaaS to the lead in the UC race. If all forms of collaboration and contact are made available on a usage-based basis, traditional hosted models will struggle to compete—except where activity levels are high and predictable.
Amazon also announced an interesting new feature for the contact center and the general availability of several other nice touches that have been only available to selected customers. The new feature lets Amazon Connect drive broad outbound campaigns, broadening its application from incoming/outbound call handling to generating texts and emails. A response can then integrate with contact call center handling.
It’s the now-GA features that show off the cloud, though. The first is Connect Wisdom, which is an AI agent/assistant that sure sounds like it builds on Alexa and Amazon’s other speech tools. Rather than targeting the caller, Wisdom targets the agent, using the conversation to build and update a list of possible reference collateral that could be useful, and helping agents dig through increased mountains of information to zero in on something that might be helpful. It does have user benefits, though; think of how many times you’re put on hold by an agent while they try to research the question you’ve asked.
Another speech tool is Amazon Connect Voice ID that recognizes someone’s voice and uses it as a means of authentication, which prevents the caller from having to recite private information that someone might overhear. The value of Voice ID is clear, but there are pretty clear risks here too. We already have reports of people faking out Microsoft’s Hello face recognition, and it seems that faking a voice by splicing a conversation together from recorded material could be easier. We’ll have to see how this turns out; if Amazon can make this technology effective and secure, it could be big.
If you want revolutionary feature potential, we must turn to our second new concept, from both Coda, a document collaboration platform, and Notion, a productivity software provider. I’ve blogged several times on No Jitter about the value users see in focusing collaboration on documents they’re collaborating on, rather than solely concentrating on communication. Traditional team collaboration software (including Microsoft Teams, Zoom, and others) presumes that you’re going to share a presentation experience. Both these new document-centric collaborative tools assume that you’re going to roll up your sleeves and dig into the material, actually making changes and building a document of some sort as you go. The documents are a dynamic, interactive framework of collaboration, and the video connection among collaborators is just a communications tool.
It’s hard to overstate how important this change of focus could be. Many enterprises already see Microsoft shifting its collaborative focus more to Office tools than to Teams. There have also been rumors that Google is interested in expanding its own tools to support document-centric collaboration. Those who remember Google Wave (abandoned by Google and ceded to Apache as an incubator project, then dropped) know that it had a lot of Coda-like elements to it. Google could resurrect Wave (under another name, I’m sure) as a way for them to raise its own profile in the collaboration space.
Coda and similar document-centric approaches are important because these companies don't tightly link to remote work. The jury is still out on how long the pandemic will drive work from home, but even now, the focus has shifted from WFH to hybrid work, meaning work from office or elsewhere. A remake of how we generate documents could remake how we collaborate, since documents are usually the focus anyway.
Collaborative practices and tools are symbiotic; we can’t evolve either without evolving both. We’re seeing that simultaneous evolution now, and it’s going to create an interesting future.