How to Shift Social Distancing to Digital Proximity

Competitive advantage in the digital transformation era is based on being agile and able to make decisions faster than the competition. 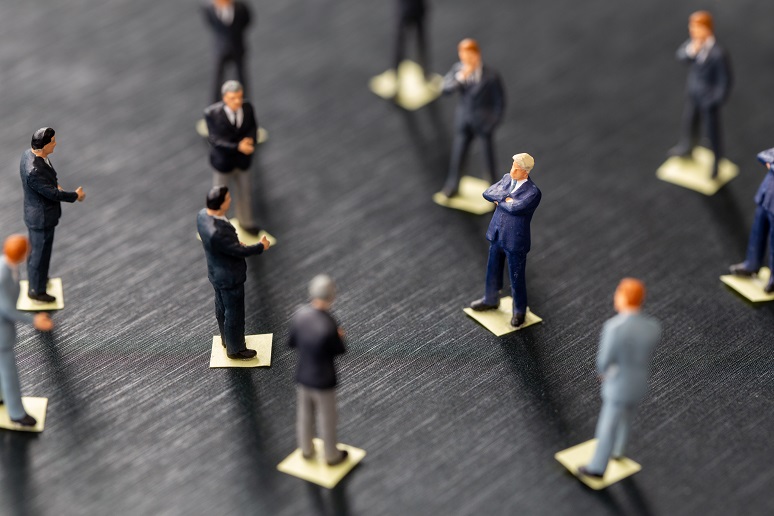 Image: comzeal - stock.adobe.com
The shelter in place orders given to combat COVID-19 has had a profound impact on the world. Before the pandemic, the term “social distancing” was something we only heard in movies like Contagion. Now, it’s not only the new norm but the on-going norm for the foreseeable future. As humans, we all need social interaction but that’s hard to do when we have to keep socially distant from our colleagues.
Symphony, a company that makes a messaging and meetings product, similar to Slack and Zoom, but highly secure, was developed by financial services firms for the finance industry where compliance and security are at a much different level than with mainstream companies. While recently attending the digital version of Symphony’s Innovate 2020 event, during his keynote, CEO David Gurle discussed the importance of creating digital proximity for people that are socially distant from one another. Gurle described digital proximity as the coming together of seamless collaboration, borderless connections, and workflow solutions and is the key to enabling the transformation into whatever the “new norm” is going to be.
A difference with Symphony over most of the other collaboration vendors is that they act as a community hub for the business ecosystem, where tools like Slack are used more for internal communications. For example, Barclays, JP Morgan, BNP Paribas, Morgan Stanley, and Citi are all Symphony customers. They can use the application to communicate internally but also with anyone in the other firms using the platform. The more customers that join, the bigger the community and value they provide.
When I think about where businesses are and where they will be for the foreseeable future, with the majority of people working from home, the concept of creating better digital proximity becomes increasingly important. Those able to achieve that objective will enhance and maintain market leadership. Those that can’t will struggle to survive, like many prominent brands we’ve seen. The current economic climate created by COVID-19 will accelerate the divide between the winners and losers.
The virtual event featured several Symphony customers that described how they are using digital tools to create digital proximity. One of the user sessions featured Ying Cao, head of digital products and workflows, from Barclays Investment Bank. In light of COVID-19, Cao was asked by Symphony’s Regional Head of Client Strategy, Olivia Knocker, how the bank has adjusted and how is it using collaboration tools to cope with the pandemic and lack of physical community.
Cao explained Barclays has a mandate to use cutting edge technology to transform how the company operates and interacts with its customers. Barclays became a Symphony customer and investor back in 2017 and deployed it to market research, banking, operations, and other groups. Symphony connects Barclays employees with other colleagues, data, and other information using chat and bots, described by Cao as Barclays’ “best friends,” as it makes information much simpler and secure, than with other tools, like email. Barclays has seen the use of Symphony grow exponentially since the start of COVID-19 as workers use it to stay connected with each other and clients during this global pandemic.
Knocker asked a follow-up question about giving some examples of how teams have been using Symphony to stay in digital proximity. Cao gave a wide range of use cases, including using different market color chat rooms for various macro indicators, trading team rooms, specific client rooms, sales coverage, and more. She described the use of the rooms as “extremely important to make sure teams are connected.” Additionally, Barclays sees bots being a crucial component of communications. They’re also used in the rooms for fast access to information.
The company leverages a central technology team that works in a federated model with all the lines of business to build a “B-bots” (Barclay bots) ecosystem centered around a super bot called Eve. The central bot is called “Eve” to denote all other bots that are created from it. The bot ecosystem and Eve enables the Barclays lines of business to build its own revenue- generating, client-driven bots, based on a set of centralized shared services developed by the central technology team.
Another interesting customer was Bertrand VanDeVoorde, head of middle office and reporting, for retail networks as subsidiaries, for Amundi, a French asset management company. VanDeVoorde stated Symphony has been crucial to staying connected while working from home. It’s used daily to exchange information for almost everything, including production, reconciliation, jobs, health and even how they feel. Almost all meetings are now done over Symphony, and it's used as a live chat room so people can stay connected. One of the new capabilities announced at Innovate was secure meetings. So, the same high level of security Symphony brings to messaging it has now applied to meetings.
Amundi has extended the use of Symphony to its cash reconciliation process. Typically, when there’s an issue with a transaction, which could be a discrepancy in the amount, value date, currency, an officer sends several emails to different parties. Then they wait on the email return and send another email to a different department and so on. The result was that for each discrepancy, five to10 emails were sent.
The solution was to use Symphony to create a dedicated tool called Alto Ticketing to replace email. Instead of sending emails, a dedicated ticket is created for each discrepancy, and this ticket is then automatically sent to the responsible parties without any manual actions. All responses are created in Symphony which acts as a centralized hub for the relevant data.
No one knows how long we’ll be socially distant, but there are ways to help people stay connected. The customers at Symphony’s digital event were great examples of how chatbots and meetings can create those meaningful interactions that keep us in close digital proximity as work from home becomes the norm.