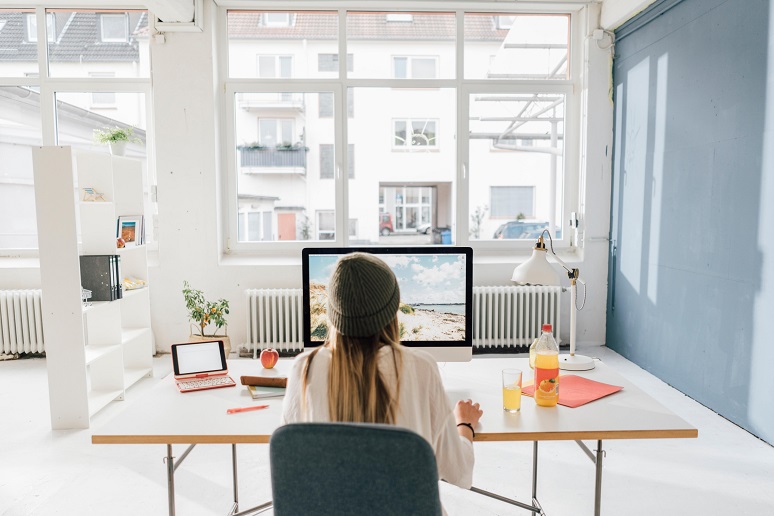 Image: Westend61 GmbH - Alamy Stock Photo
Welcome to the Wednesday, June 1, 2022, edition of the No Jitter Roll, our regular round-up of communications and collaboration news. In this edition: Crestron's latest device is aimed at hotdesking employees who work within Microsoft Teams; Teams launches an SDK that allows third-party apps to work within the Teams environment. Also, Slack offers new features for name pronunciations; Nureva adds third-party camera support.
Crestron Adds Dedicated Desktop Conferencing Device for Microsoft Teams
The audiovisual hardware maker announced the Crestron Flex Phones for Microsoft Teams Display. The latest addition to the company's Crestron Flex Digital Workplace Platform is a platform-specific device for Microsoft Teams-based collaboration. It's meant to assist in office hotdesking by allowing end users to hop on to their Teams account and work in the same shared workspace whether they're in an office or at home.
"With fewer people in the office full-time, private offices are being replaced by hot desk and hoteling options that enable more flexible usage. Standardizing each of these spaces with an easy-to-use video conferencing, collaboration, and workflow management solution will streamline transition time as workers move about these newly flexible spaces," the company said in a press release.
The Crestron Flex Phones for Microsoft Teams Display are available for pre-order through licensed Crestron dealers. Organizations that already have Crestron Flex Phones for Microsoft Teams will be able to upgrade to Microsoft Teams Display.
Microsoft Broadens Third-Party App Use Within Meetings
Ahead of Microsoft Build 2022, the company announced Live Share—a capability added to the Teams software development kit (SDK) that lets Teams meeting participants use, edit and share tasks and workflow for non-Microsoft applications within the Teams environment. These new apps that have been developed or modified to take advantage of Live Share synchronization will run on Teams hosted and managed Microsoft Azure Fluid Relay service instance, not on the third-party app's tech ecosystem. Currently, apps from Frame.io, Hexagon, Skillsoft, MakeCode, Accenture, Parabol, and Breakthru are available.
Being able to work with third-party apps within an app share mode (Collaboration Mode) is also something Zoom recently announced, and Slack's already had third-party application integrations.
Slack Adds Ability to Offer Name Pronunciation
The collaborative workspace service announced that as of today, users can record name pronunciations to tack onto their profiles. The company announced in a blog post that:

“Pronouncing someone’s name correctly is an important way to make someone feel respected, valued, and seen, which can help foster inclusion and belonging throughout your organization. That’s why we’ve added an audio feature to all user profiles that lets you record the exact pronunciation of your name.”

Users can also add a phonetic pronunciation to their profile.
Nureva Adds Third-Party Camera Support to Its Console
The audioconferencing platform announced a new functionality in its cloud-based platform for managing audio systems, Nureva Console. IT pros can now allow IT managers to monitor the status of Nureva audio devices and third-party cameras from a single cloud-based platform to ensure the devices are functioning in physical office spaces. Nureva Console automatically detects a USB camera, then prompts the Nureva Console account admin to add the USB camera as a monitored device. Admins can then see and monitor the devices locally.
Editor's Note: This article has been updated since its initial publication.