Cisco continues to refine its Webex service and integrations, brings Slido in house. 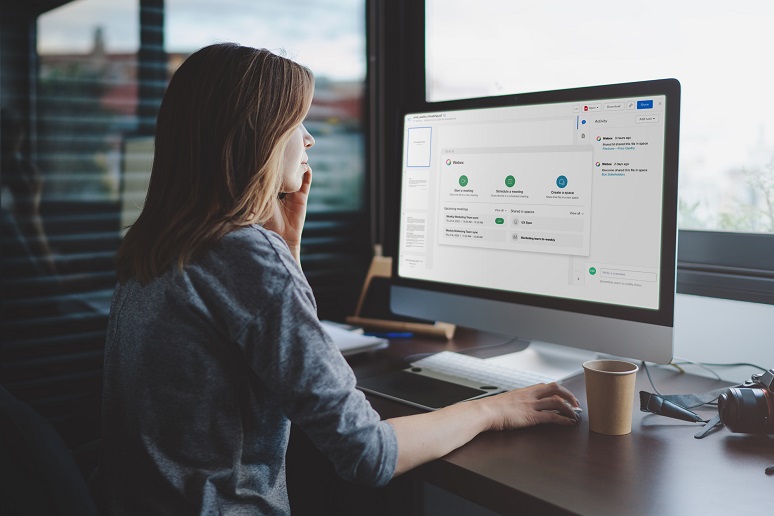 Source: Cisco
In a series of blog posts, Cisco this week revealed Webex updates, enhanced Webex integrations for Slack and Box, and finalization of its acquisition of polling app provider Slido.
As the Webex team posted, the Webex updates aim to simplify messaging, meeting scheduling, and in-meeting layout customization. With the updates:
Tighter Slack, Box Integrations, Slido Acquisition Closed
Besides the new features, Cisco has enhanced its Webex integrations for Slack and Box.
With the updated Webex integration for Slack, admins can now set meeting policy for public and private channels using a bot command, Cisco said. Via a bot command, an admin can set up a personal room to launch when a Slack user in a private channel clicks “Start an Instant Meeting,” Cisco said. Likewise, when a Slack user does the same in a public channel, the bot command will schedule a regular Webex Meeting.
Separately, Cisco and cloud content provider Box announced that their deeper integration will allow users to connect a Box folder of their choice to Webex messaging, and content shared in that Webex space will be added to the same Box folder, Cisco said. To keep track of file activity, a new Box App Activity feature will provide a single view on what's happening in their files across all their apps, Cisco said. Users will also be able to access Webex as a Recommended App within Box, which will let users start and schedule a Webex meeting without leaving the Box interface. The integration update will be available next week.
Lastly, Cisco closed the acquisition of Slido, announced last December. With Slido, meeting hosts will be able to engage and solicit feedback from meeting attendees with polls and questions, as Javed Khan, GM and SVP of Cisco Collaboration Group, said in a blog post. Cisco is working toward adding these capabilities to its Webex service, and the entire Slido team has joined the Webex department.