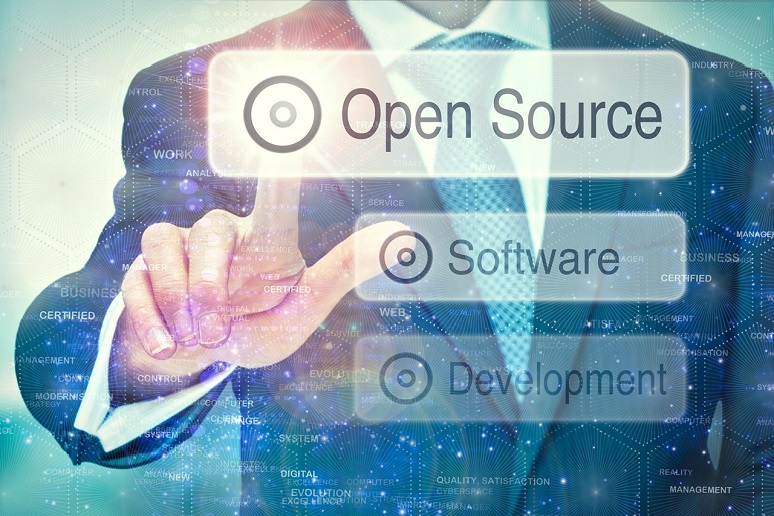 Image: duncanandison - stock.adobe.com
Enterprises are in love with open-source—a code available for possible modification and redistribution. I’ve talked with 177 enterprises this year, and each one said that open-source software is a “commitment” for them, and open-source skills are in demand worldwide. All this love, notwithstanding, two areas exist where open-source doesn’t do well— desktop software and collaboration. As it turns out, there’s a relationship between the two. Proprietary desktop and collaboration players seem to be exploiting this affiliation to keep open-source out of our collaborative future.
Enterprises love open-source software for many reasons, but one that stands out most is an increasing number of commercial software giants have shifted to a subscription model. Many companies, and more individual employees, tend to stay with software versions for years, particularly office suites whose functionality is typically pretty mature. These companies see a sharp increase in costs when software shifts to a monthly or annual subscription model. Three-quarters of enterprises told me they’d started taking open-source office suites seriously when Microsoft started pushing Office 365.
Shifting to Open-Source Software
Taking open-source seriously isn’t the same as shifting to it, though. According to most available data, Microsoft Windows runs on over 95% of desktop and laptop systems overall and a slightly higher percentage of business PCs. Microsoft’s venerable Office suite may be just as popular; all 177 enterprises I cited above say Office is their preferred option, though about a quarter say that they also use other office products.
The prevalence of Windows/Office 365 means that most of the produced documents at the center of collaborative activities are in Microsoft’s format. While open-source office products have supported some level of Office 365 compatibility from the get-go and have worked to improve over time, anyone other than a casual user of office suites knows that the compatibility is far from perfect. That’s more likely true with presentation software (Office’s PowerPoint), which is the format most often used in collaboration. “If we have five PowerPoint files, three of them won’t work right with open-source office suites, or if we save in an open-source file format,” one user reported.
My own experience with file formats suggests this user had an unusually positive experience. I’ve found that Word and LibreOffice Writer can generally exchange files without sweat, providing no other Office files are embedded. Calc and Excel file exchanges worked for me in only a quarter of cases, and Impress can never open my PowerPoint presentations correctly.
Since collaborative tools support concurrent viewing through screen sharing, you might wonder why file formats even matter. The answer is that collaboratively viewed presentations are routinely shared as files by nearly three-quarters of enterprises. My own experience bears this out because people always ask for a copy of a presentation I use with Zoom or Teams. I’ve started creating PDFs from all my collaborative documents and sharing those, which work almost all the time, but which forecloses cooperative editing.
Video Collaboration Tools
Then there are the video collaboration tools themselves. Zoom and Teams are the most popular video collaboration products out there. While they both offer a free basic tier for 1:1 meetings and limited group meetings, they’re both fee-based for general collaborative use. All of the enterprises I chatted with paid for one or both those commercial tools, and well over 90% said they’d love to have an open option.
Open-source collaboration tools exist, but most users can’t identify a single one. Rocket.chat is the best-known of the tools and does a decent job according to its users. But like most open-source solutions, it’s software that has to be installed and not an as-a-service offering. There’s no easy tire-kicking option for open collaboration, and that’s probably why most enterprise users don’t know any open-source collaboration tools. They can’t use what they don’t know, obviously, and that creates a kind of vicious circle. “Everyone who we want to collaborate with is on Zoom or Teams or both,” one CIO told me, “if we use anything else, we’d end up with Zoom or Teams alongside it,” they added.
The zero-cost-basic-plan approach that Zoom and Teams took seems to validate this. They took what they heard about and worked with it. Users who confronted widespread collaborative challenges from COVID-19 lockdowns didn’t have time to fiddle with installing software on their servers or researching options. Now, with nearly everyone having made that same easy-choice decision, almost universal familiarity with the commercial tools makes it nearly impossible to change. The fact that the Microsoft 365 bundle includes Office 365 (as well as Microsoft's enterprise and collaborative features) suggests that going beyond the basics, at least for Teams, may imply going with Microsoft at the desktop and the collaborative framework.
It looks like open-source may get locked out of a meaningful presence in the collaborative space. What could be done to change that? Those same enterprises had two suggestions:
Vendors will be vendors; they’ll try to make every opportunity the basis for their own revenue growth. If we don’t want that to happen with collaboration, we’ll have to take steps to prevent it.

The Cost of Network Management

Network management tools seem to cost a lot for what they provide. Let’s look at what you need and how much it should cost.