Serenova today announced it has acquired TelStrat, which offers a workforce optimization (WFO) suite. This is the company's first acquisition since being carved out of the LiveOps business, taken private, and rebranded from LiveOps Cloud to Serenova.

As a refresher, LiveOps separated its LiveOps Cloud platform from a companion LiveOps business process outsourcing business in 2015. LiveOps Cloud was subsequently taken private by Marlin Equity Partners. One year ago, LiveOps Cloud changed its name to Serenova, and two months ago Tom Schollmeyer joined the company as CEO.

TelStrat, a privately held company headquartered in Dallas, was founded in 1993. It started building a call recording product in 2001, and since then has added quality management and analytics solutions. It has been partnering with Teleopti (already a Serenova partner) for workforce management.

Serenova did not disclose financial terms of the acquisition.

The TelStrat purchase fulfills a Serenova goal articulated early on by then-CTO, Jeff Thompson, who is now chief strategy officer. The goal has been to expand the capabilities of Serenova's contact center-as-a-service (CCaaS) solution by tightly integrating WFO elements. With the high attach rate of call recording in CCaaS sales, Thompson referred to the newly acquired functionality as "bread and butter" capabilities in today's contact centers.

Finding a good WFO candidate to acquire cannot have been an easy task for Serenova. Several similar acquisitions have been made in recent years, including: KnoahSoft by Avaya, Oaisys by Mitel, Uptivity by inContact, and Quality Software Corp. by 8x8. The same force drove NICE's 2016 acquisition of inContact: the increasing belief that companies are looking for a full contact center-WFO suite solution, especially when moving to the cloud. The string of WFO acquisitions in just a few short years has meant the number of candidate WFO companies has been shrinking year by year.

In my briefing with Serenova, Thompson applied the term "diamond in the rough" to TelStrat. I take it for my title because I agree. Some of the "diamond" attributes include: 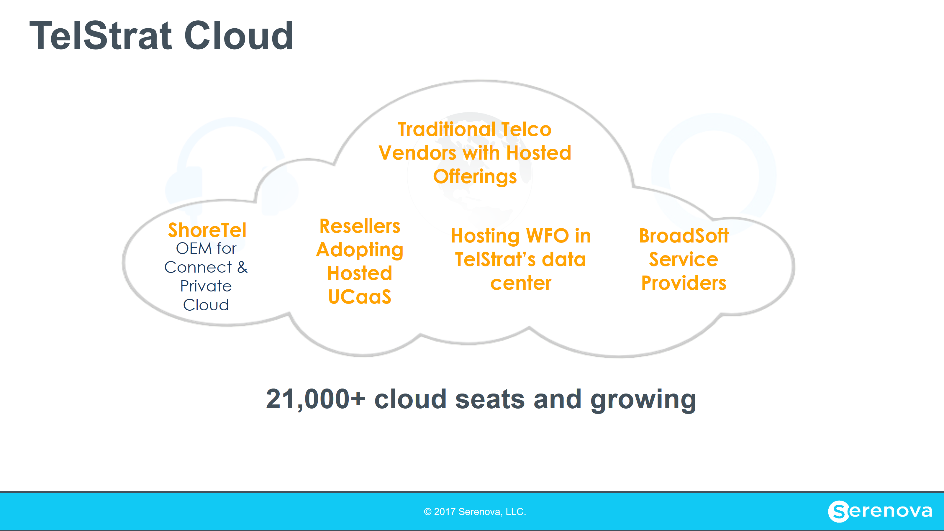 TelStrat's "rough" attributes include the fact that its user interface needs an update -- which the Serenova team has the expertise to do. TelStrat doesn't offer a SaaS version of its software. On the plus side of this, Thompson said, building from scratch is often easier than having to unwind earlier development efforts. Part of the post-acquisition investment will go toward bringing TelStrat functionality into the AWS cloud along with the rest of CxEngage.

Serenova has existing relationships for WFO with Calabrio and Verint -- and Thompson was quick to report that those will continue. Both will be alternatives for customers that prefer all WFO components from a single vendor.

Learn more about Contact Center & Customer Experience at Enterprise Connect 2018, March 12 to 15, in Orlando, Fla. Register now using the code NOJITTER to save an additional $200 off the Advance Rate or get a free Expo Plus pass.