Oracle No Threat to SD-WAN Players

Talari acquisition seems more about bottom-fishing its way into a market than making an impact.

Oracle earlier this month announced it was acquiring software-defined WAN (SD-WAN) vendor Talari Networks. While some industry watchers have posted on No Jitter and elsewhere that this acquisition is some genius move that will change the industry and legitimize the market, I don’t agree. That happened a while ago.

Early this year VMware shelled out almost half a billion for VeloCloud. That followed the August 2017 acquisition of another SD-WAN startup, Viptela, for which Cisco ponied up even more money -- $610 million -- for technology that would complement its own iWAN solution. The SD-WAN market arrived long before Oracle’s decision to buy Talari, and the acquisition doesn’t legitimize it further.

One of the news stories I read positioned Talari as some missing piece to a broader Oracle story. In the post, the reporter stated: “Talari's proprietary Failsafe technology is expected to complement Oracle's Session Border Controller (SBC) and network management infrastructure, which secure and manage the flow of session data across fixed and mobile IP networks.” First, let’s call Failsafe what it is -- dynamic path selection. And while Talari was one of the first SD-WAN vendors to have this feature, most others have caught up. Second, SD-WANs and SBCs have little to do with one another other than being deployed at the WAN edge. In theory, since SD-WANs boost network reliability, SBC performance could improve too, but that’s just an SD-WAN benefit and there’s no requirement for having the two technologies come from the same vendor. In fact, the IT buying centers are different, so a one-stop shop really isn’t valid here.

Another fact of SBCs, particularly the one Oracle acquired from Acme Packet five years ago, is that they’re deployed in large enterprises. Talari SD-WAN gear, on the other hand, is primarily in use at smaller businesses. In its October “Magic Quadrant for WAN Edge Infrastructure,” Gartner noted that “Talari has limited experience supporting deployments beyond 150 locations.” Given that the customers I’ve talked to have told me that Talari tops out at about 50 locations because of configuration complexity, I would say Gartner is being generous.

Almost all of Oracle’s customers are large enterprises, so the ability to take Talari into the Oracle base is limited. Conversely, it’s unlikely that the current Talari base will want Oracle products -- they’re too complex and would be overkill for the mid-market. In addition, customer feedback is that Talari’s products have some technical issues, such as weak application identification and classification. Talari touts integrated WAN optimization, but doesn’t have deduplication so its product is limited on this front, too. 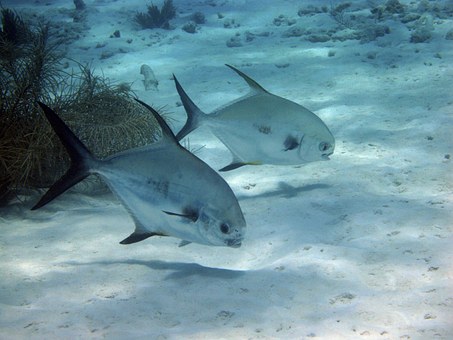 Lest readers think I’m being overly negative on Talari, let me note that the Gartner MQ referenced above before supports my statements. Gartner has positioned Talari in the bottom left quadrant, ahead of only one vendor, Barracuda, on the completeness of vision axis -- and the difference is miniscule. Gartner cited a number of other cautions, such as lack of SaaS acceleration and public cloud gateways, as well as limited partnerships.

This acquisition also seems strange given the relatively small size of the Talari customer base. Despite being founded in 2007, Talari has garnered only 500 customers in its 11-year existence, according to the Oracle press release. These customers are spread out in 40 countries in almost every vertical, so that’s an average of 12.5 customers per country. But knowing it hasn’t had much success globally, my assumption is that most of the 500 are U.S. SMEs and a handful of countries have only one or two customers.

This lack of presence would be fine if Oracle were a large network vendor like Cisco or Hewlett Packard Enterprise, able to drop the product in its channel and accelerate growth. Oracle may offer network products through its Acme Packet and Tekelec acquisitions, but it isn’t known as a network vendor. When it announced the Talari acquisition, a senior network professional at a large systems integrator told me, “If I had to come up with a list of the top 100 network vendors, Oracle would be 101” -- in other words, it doesn’t come to mind at all. This raises questions as to how Oracle will grow a business that has struggled for years without having the expertise or the channel to do it.

Clearly, I don’t see Talari as a great fit for Oracle, so why the acquisition? If Oracle really wanted to make a splash in SD-WAN, it should have acquired one of the leading vendors… like Silver Peak, which has taken a few customers away from Talari and is the only pure-play in the Gartner MQ Leader’s quadrant. It would have been more expensive, but Oracle has money. Versa Networks, in the Visionary quadrant, would have made some sense as well. Oracle has been desperate to raise its profile in the telco market, and Versa would have given it instant credibility there.

I believe Oracle bought Talari because it got a good deal on the company, one too good to turn down. Silicon Valley rumors are that Talari had been struggling to raise another round of funding. This makes sense given the number of vendors in the market coupled with the fact the product needs some work. Oracle saw an opportunity to jump into a hot market and went bottom fishing instead of paying up for a product that could be game-changing.

Do I expect this to change the dynamics of the SD-WAN space? Not really, but it does help with some long overdue consolidation. If Oracle is serious about this market, it should buy a couple of other vendors and roll up some share. But for now, Oracle’s acquisition of Talari will have minimal impact on the market and poses no threat to the current crop of vendors.