Migrating to SD-WAN: One User's View

An IT manager shares why he migrated his company from MPLS to SD-WAN. 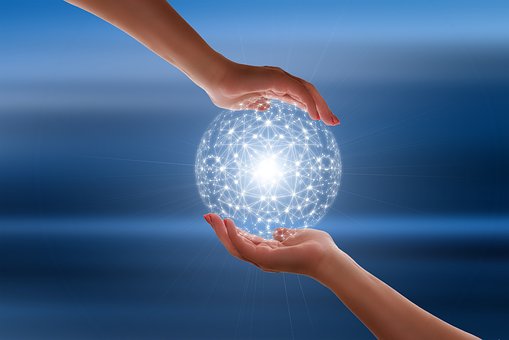 I recently had an opportunity to sit down with Nick Dell, who manages IT for an auto parts manufacturer in the Detroit area. Over the last couple of years, Nick has migrated from a Multi-Protocol Label Switching (MPLS)-based WAN to a software-defined WAN (SD-WAN) from Cato Networks, and I wanted to learn about the factors that drove him to consider SD-WAN as well as why he felt Cato had the best solution for his deployment.

Two simultaneous events drove Nick to consider an SD-WAN. The first was a move out of a facility that housed a PBX. That move led Nick from a premises-based PBX to an enterprise communications platform delivered by UCaaS vendor NexVortex. The second was the transition to a cloud-based enterprise resource planning ERP) system from Plex.

As an auto parts supplier, Nick’s company is involved in just-in-time manufacturing. As such, it offers a 30-minute response time as part of its service-level agreement (SLA) for customers -- with monetary penalties if it doesn’t meet the time response requirements. With the MPLS network, the company had experienced multiple issues with routing outages. Configuration changes, often initiated by the carrier but also on the routers that interfaced to the MPLS network, caused these issues. To solve for the problem, the auto parts supplier bolted on redundancy but on multiple occasions operations still failed.

Based on the move off premises for its UC and ERP systems, Nick said he felt it was time to consider a cloud-friendly solution that could provide the management, operations, and reliability capabilities the company required. The costs of building these into the typical MPLS network would have exceeded his budget. Nick indicated that he, as are most IT pros, is constantly fighting shrinking budgets. After investigating SD-WAN, Nick said he decided a cloud-based SD-WAN had the right characteristics and pricing model to enable delivery of the traffic in the best way for the business. *** In the process of evaluating SD-WAN vendors, Nick defined two key characteristics:

Clearly the vendor needed to have the other SD-WAN characteristic of price reductions versus MPLS, too, but assuring that the system had rock-solid availability and the features and functions to support the business were equally important.

As Nick evaluated SD-WAN options, he said he found that Cato offered the key factors he required. While performance was expected, flexibility and simplicity were key, he added. For example, configuring QoS had been a major issue on the MPLS network for years. After repeatedly trying to match QoS classes across the MPLS network, he found it virtually impossible to accomplish or maintain. The integration of all the components into a cloud-managed solution made change easy.

Configuring the Cato SD-WAN for a QOS class was easy and took a few minutes, Nick said. As a result, the company could change its back-up process -- now instead of running a nightly backup as it had traditionally done, it can run the backup during the day, using a low-access class, without impacting any other operations. It did this while protecting the NexVortex real-time traffic, which had no impact from other traffic in the QoS scheme.

In the end, the need to meet changing business requirements drove Nick’s decision to move to SD-WAN. Cato became the vendor choice because of its cloud-focused approach and the capabilities built into the architecture. One area this has been effective is in support. Nick indicated that support has rapidly resolved issues, often working with engineers. This compares to the days it has taken him to get through the layers of support with other WAN vendors, he said.

The last thing tht Nick and I talked about was how to migrate to SD-WAN. A proof of concept (PoC) is critical, he said. For his company’s PoC, he set up an SD-WAN with a single branch to test the technology and demonstrate the value before proceeding. A second insight is that the SD-WAN can be deployed and tested before cut-over, enabling the existing infrastructure to be in place until tht actual change. The testing with a first site was critical to make sure all configurations and other issues are resolved before a larger-scale deployment.

SD-WAN is a major new force in data networking. When properly considered and installed, SD-WAN can transform the WAN environment from the legacy structure of MPLS to a next-generation cloud infrastructure that can be managed in real time. This can enable next-generation cloud communications and collaboration for lower cost and better coverage.