Diversity in IT: Taking the First Step

One enterprise IT leaders shares her lessons learned in working to create a more diverse and inclusive workforce. 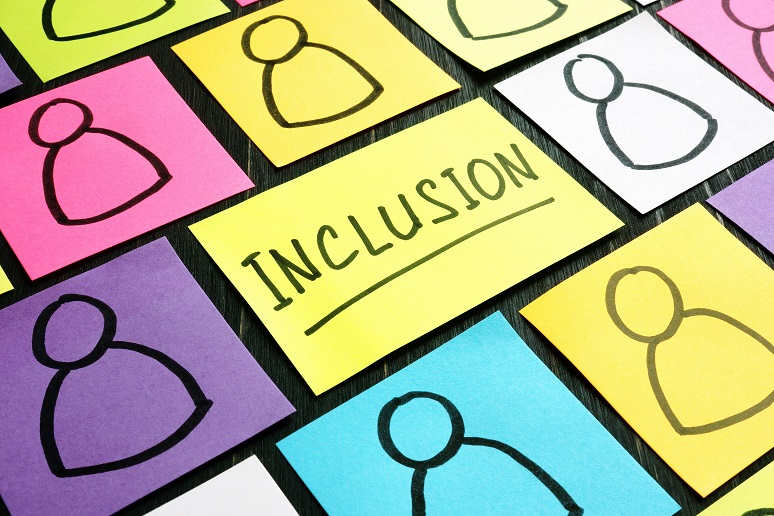 Image: Vitalii Vodolazskyi - stock.adobe.com
Broaching the topic of diversity and inclusion with your team, department, or organization at large can be uncomfortable, and sometimes you might not know what to say. But that’s OK, as long as you say something — especially given the social unrest and calls for racial justice taking place around the world since George Floyd’s death at the hands of police officers, said Kari Mattek, senior director of digital product management, UC, and content services for Northwestern Mutual.
While Mattek has long worked in IT, she also serves as an officer of Northwestern Mutual’s LGBTQ employee resource group. Knowing that Mattek is a passionate advocate for diversity and inclusion, we asked her to help guide a networking discussion on this topic among IT peers attending the Enterprise Connect Conference & Expo. She graciously shared her insights, and advice, along with a personal story that shows that even for somebody like herself well-versed on the issues, talking about what’s happening in the world today can be tough.
Following the Black Lives Matter protests, “I sat all day trying to figure out the right words to say,” Mattek said. “At the end of the day, I just apologized and said I'm not going to say the right words, but I thought it was important to say something,” she continued. It’s OK to be lost for words and show your vulnerability because by showing empathy and listening to others, everybody can gain a better understanding, and ultimately, the workplace can be a more inclusive space, she explained.
Between the unrest and the COVID-19 shutdown, 2020 has been a more difficult and challenging year than most.
“Trying to find the right adjective for ‘a lot of change’ is something we've all struggled with,” Mattek said during our networking session. That sentiment was reinforced by the session format itself, a video meeting periodically marked with “new normal” interruptions from the 40 or so participants who didn’t always remember to mute their lines — loud keyboard typing, barking dogs, ringing phones, and even a brief phone conversation.
These global upheavals have put a spotlight on the importance of diversity in the enterprise, Mattek said. It’s paramount for enterprises today to make all employees — regardless of race, gender, sexuality, religion, or other factors — to feel welcomed, safe, and heard, Mattek said. This mandate has led more than 100 brands to rethink names of products and services that might have come across as being insensitive, and some companies, like Goldman Sachs, are making diversity a requirement for doing business. In Goldman’s case, it has publicly stated that it will only work with potential IPO candidates that have at least two people or more from diverse backgrounds on their board, she said.
Not every enterprise can commit to that level right off the bat, but most should be able to take a few first steps, Mattek suggested. At Northwestern Mutual, hosting open and candid listening sessions with employees from a diverse set of backgrounds has proven helpful, she said. Within such groups, employees can feel safe to ask their questions, she added.
Another move in the right direction is providing employees with educational opportunities, Mattek said. In this way, they can inform themselves about issues related to diversity.
Within IT, there’s no quick fix for a lack of diversity, said Mattek in response to a participant question. But Mattek stressed the importance for enterprises to get involved in STEM initiatives at the high school — and even grade school — level to show the benefits of a career in IT and other tech jobs to a broad student base. Sparking interest in tech careers early on can help foster diversity over the long term.
In reviewing job candidates, Mattek stressed the importance of eliminating subtle biases that can creep into the interviewing and hiring process. For example, removing names from resumes allows a hiring manager to focus in on a candidate’s skills and experience rather than race, gender, or other characteristics, Mattek said.
While hiring and onboarding remote workers can be a challenge, the new normal of remote work might be a silver lining for diversity and inclusivity, Mattek pointed out. Since Northwestern Mutual is located in the Midwest, she'd often find top talent, from the coasts and in large cities, that were unwilling to relocate. With the shift to remote work, Northwestern Mutual and other enterprises can open themselves to the potential of hiring remote workers from such locations, which generally have more diverse talent pools, Mattek explained.
As important as it is to bring in new and diverse talent, one participant pointed out that corporate leaders also need to do a better job of supporting existing talent. As a female IT professional, she described being criticized for not being as assertive as her male counterpart — a comparison she found frustrating, she said.
In cases like these, Mattek said she believes it’s important to find an ally within the organization that can stick up for you and put those comments in check. "One of the questions I always challenge people on is: Would you say that if they were a male?" Mattek said. And she encouraged everyone, regardless of their position, that if they see something wrong, say something about it.